We sell great value tickets for all the best rock and pop musicals in town. Head to London's famous West End theatre district to enjoy the best of the bunch, from long-running classics that have thrilled audiences for many years to brand new shows designed to get audiences singing in their seats. You'll return home inspired and delighted, with a song in your heart and a smile on your face. Whether it's a special occasion, a celebration or a regular family event, take your pick of good value tickets for some of London's best West End rock and pop musicals right here. 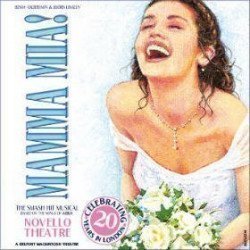 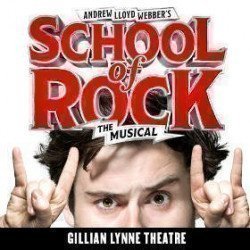 4.8/5 - based on 592 reviews - (Read reviews) 4.8 592 reviews Tickets from £17.75
Families (98%) Couples (82%) Theatregoers (82%) i
School of Rock, The Musical – Fresh from Broadway. Jack Black gathered loads of critical acclaim for his lead role in the movie, a monster of a hit in 2003. It was quite simply hilarious, a feel-good film that out-grossed every screen comedy to earn vast amounts of money across the world. Now it's on stage in London, adapted masterfully for the stage and setting theatreland on fire for an extremely funny rock-fest you won't forget in a hurry.
Show info Book tickets
School of Rock the Musical tickets

4.8/5 - based on 530 reviews - (Read reviews) 4.8 530 reviews Tickets from £23.75
Couples (94%) Theatregoers (95%) i
At long last, Tina Turner will explode onto the West End’s Aldwych Theatre. Opening in March 2018, TINA is a musical about Turner’s transformation from humble beginnings in Nutbush, Tennessee to the global Queen of Rock ‘n’ Roll. Book those tickets now so you too can enjoy such classics as Proud Mary live on stage.
Show info Book tickets
Tina - The Tina Turner Musical tickets
36% off 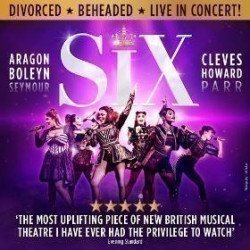 4.9/5 - based on 33 reviews - (Read reviews) 4.9 33 reviews Tickets from £26.00
Families (82%) Couples (91%) Theatregoers (97%) i
It's on at the Arts theatre. It's a quirky musical that has delighted thousands on a recent tour, and now it's due to thrill even more of us with a new 16 week initial run. The music, lyrics and book are by Toby Marlow and Lucy Moss, and it's a dazzler of a show. Welcome to Six, the most unexpected, deliciously bold celebration of girl power ever... starring King Henry 8th's six wives. What an extraordinary, fascinating show!
Show info Book tickets
SIX tickets 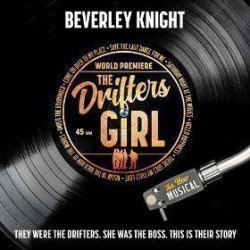 Tickets from £23.00
The Drifters are touring the UK from late 2019 into late 2020, which makes the timing of this new and apparently completely spectacular musical just about perfect. The legendary band must be delighted to be featured in a West End show. Welcome to The Drifters Girl, starring the dazzlingly brilliant British soul diva Beverley Knight. Your venue? The Garrick theatre.
Show info Book tickets
The Drifters Girl tickets
There are no shows matching your criteria. Reset filters