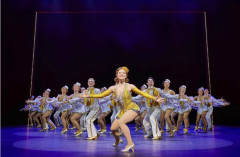 If there is ever a power surge on the West End, then 42nd Street will be responsible, such must be the supply of electricity going into their lighting and mechanical rigs. Think glitter, think glam, think sequins.

This is a classic musical that more than aptly highlights the pressures of putting a show onto the most famous theatrical road in the world, in the height of The Great Depression. Not so much We’re In The Money as we’re desperately chasing the next paycheck.

But the show must go on, so just like young ingénue Peggy Sawyer (Clare Halse), we listen to the Lullaby of Broadway and strap in for a whirlwind ride. Only, it’s less of a tornado and more a blustery breeze – Mark Bramble’s vision moves along with a smile and a wink, but it never attempts to break the mould or showcase anything unpredictable. Much like the musical the cast are attempting to stage, this 42nd Street holds up the best of the classic styles – from toe-tapping choreography (expert work by Gower Champion and Randy Skinner) to the sequinned costumes of Roger Kirk that are so dazzling they threaten to blind you at every opportunity.

Creative vision aside, Bramble does adapt Harry Warren & Al Dubin’s music & lyrics expertly for the Drury Lane stage. Bramble takes full advantage of this vast, cavernous space and fills it with up to 50 performers, Douglas W. Schmidt’s enormous and varied set and even a fully collapsible staircase. If spectacle is what you’re after, then look no further than the dance numbers of 42nd Street and Keep Young And Beautiful. The former in particular is the standout showpiece, a final number that brings the house down to rapturous applause. It’s a glimpse at the potential for the show – not just a classic musical done well, but one with edge, electric energy and contemporary flair. 42nd Street easily could be the next An American In Paris for the West End, but instead chooses to stay firmly in its glittery, classical box.

That’s not to say that this isn’t a wonderful performance from cast and creative team alike. Halse steals the show as Sawyer, literally dancing rings around the rest of her team with naïve flair and a twinkle in her eye. The voice of Sheena Easton cannot be mistaken – sultry, purple tones that colour Shadow Waltz and Boulevard of Broken Dreams with the presence of a Hollywood star. Easton makes it look easy – but that is exactly Julian Marsh’s (Tom Lister) point. The mark of greatness is to play the graceful swan and Easton manages this time and time again. Lister himself is somewhat gruff and overly aggressive, a performance that captures the stress of being captain of such a monolithic ship, but doesn’t bring with it any layering or finesse.

42nd Street harks back to a golden age of classic glamour, but while a trip down memory lane, it feels somewhat dated. It’s refreshing to see this style of show performed well, something that is deceptively difficult – not unlike the swanlike performance of Easton. But gone are the days of simply presenting a show from the past without injecting some originality into the performance. 42nd Street wistfully reminds us of a golden age, but one that is now long gone. Let’s move with the times. 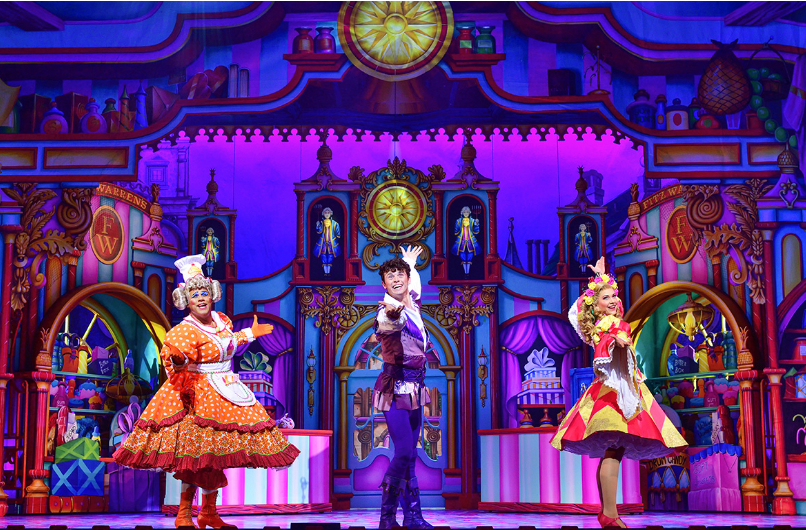 Review: DICK WHITTINGTON at The Palladium 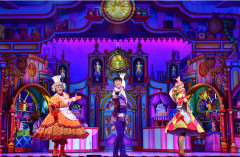 The January blues are upon us. When choosing the first production of 2018 to see, everyone should think about something cheerful and blissful that will shake off the disappointment of facing reality after the festive season.