Back to The Future the Musical Tickets

About Back to The Future the Musical

Back to The Future the Musical description

You remember the Universal Pictures/Amblin Entertainment film, Back to the Future? Now it's been made into a brand new stage musical with a book by Bob Gale and fresh new show tunes by the Emmy and Grammy Award-winning Alan Silvestri, plus the six-time Grammy Award-winning Glen Ballard. As if that wasn't brilliant enough, there are extra tunes from the movie itself, including of course The Power of Love.

Direction comes from the Tony-winning director John Rando, who blew audiences away with Urinetown and On The Town. And a dazzlingly good award winning design team is responsible for the look and feel of the new show, including sets and costumes by Tim Hatley, lighting by Hugh Vanstone, sound from Gareth Owen and video from Finn Ross. The choreography comes from Chris Bailey, and you'll love the clever optical illusions from Paul Kieve.

So who stars in this very special new production? You've got Olly Dobson playing Marty McFly, an actor who has thrilled us with his West End work in Bat Out Of Hell The Musical, and of course Matilda. The rest of the cast, for now, is under wraps.

The 1985 film starred Michael J. Fox as Marty McFly and Christopher Lloyd as the eccentric Dr Emmett Brown. The original film earned a whopping £279 million worldwide and all three movies in the series managed to coin an absolutely awe-inspiring amount in total. This is an incredibly popular story.

Just in case you're new to it, here's the plot. When teenager Marty McFly gets accidentally transported back to 1955 in a time-travelling DeLorean car made by his crazy inventor friend, Dr Emmett Brown, he ends up having to make sure his own parents fall in love at high school, to save his own existence.

By all accounts everyone involved in the original movies is really excited about the new show. As the Producer Colin Ingram said, “This show has been six years in the making and we are delighted to be showing it to the people of Manchester first before the rest of the world gets to see it. As I did with Ghost – The Musical, Manchester gets it first, so synchronize your watches because, when this musical hits 88 mph, you’re going to see some serious…entertainment!”

Who is this show for?
This show is perfect for people aged eleven or more.

Collect your tickets from the Adelphi Theatre for free or get them posted to your address. 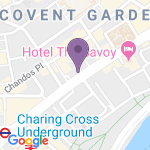 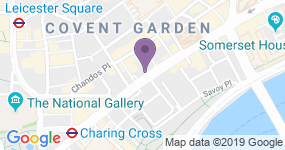