Now showing at the Shaftesbury Theatre 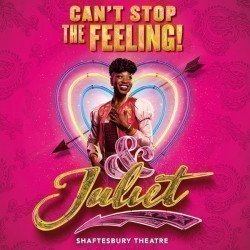 4.8/5 - based on 183 reviews - (Read reviews) 4.8 183 reviews Tickets from £20.00
Families (87%) Couples (91%) Theatregoers (89%) i
It's Romeo and Juliet... but not as we know it. There's a brand new musical on the block, it's called & Juliet and it looks at what might have happened if Shakespeare's Juliet hadn't died at the end of his infamous romantic tragedy. It's a bit West Side Story, it's a bit Romeo and Juliet, and it's already causing interest and intrigue in theatreland.
Show info Book tickets
& Juliet tickets

Disabled theatregoers and their carers can get discount tickets. Please phone the Shaftesbury Theatre access line on 020 7379 5399. 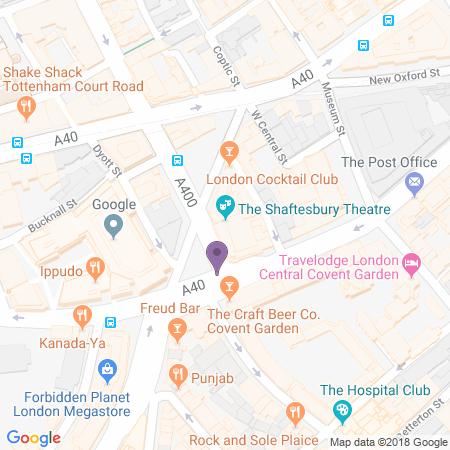 The massive Grade 2 listed Shaftesbury theatre, with its ornate grey stone exterior and magnificent tower, is a relaxing peach colour inside with gorgeous pale stone pillars, statues of Comedy, Tragedy, Poetry and Music above the boxes, fancy carvings and stunning chandelier.

There are six theatres on Shaftesbury Avenue and the glorious Shaftesbury theatre was the last to be built. It might look impressive – and it is – but it has the dubious honour of being home to one of the West End’s biggest flops!

Walter and Frederick Melvill, owners of the Lyceum Theatre, were the theatre’s creators. First opening in 1911 as the New Princes Theatre, hosting The Three Musketeers, then becoming the Princes Theatre just three years later, it was originally the home of a series of serious melodramas. After the novelty had worn off, surprisingly quickly, they managers expanded into operettas and comic operas by the highly popular Gilbert and Sullivan, setting the tone for the next three decades.

After the Second World War they expended yet again into ballet and opera, with the Sadler’s Wells opera and ballet companies staging regular productions.

In the 1960s a new approach arrived with new owners, who re-launched the venue in 1963 as the Shaftesbury Theatre. The hit hippy musical Hair was playing in 1973 when the roof quite literally fell down, but timely financial backing meant the theatre was soon rebuilt and reopened.

In 1984 the Shaftesbury Theatre was bought by the Theatre of Comedy Company, who staged comedies as well as musical productions including Madam Butterfly. Over the past two decades the theatre has finally come into its own with a string of hits. In 1994 they hit an all-time low with the musical Out of the Blue, set in Nagasaki, Japan, and telling the story of the nuclear bomb that hit the city at the end of World War two. It lasted a not-so-grand total of seventeen performances before closing down, earning a name as one of the worst ever musicals to hit London’s theatreland.

Past shows at the Shaftesbury Theatre

The Shaftesbury theatre has seen massive hit musicals Gentlemen Prefer Blondes and How to Succeed in Business Without Really Trying, both of which transferred to the West End from Broadway. The musical Hair ran there for five years. Tommy, Daddy Cool, Hairspray, Thoroughly Modern Millie Rent and Carousel also played the Shaftesbury. In summer 2010 the international dance sensation Burn the Floor graced the Shaftesbury's stage with hot ballroom and Latin dance, followed by Flashdance The Musical.

There are four wheelchair spaces in boxes A and B and transfer seating available to rows A4 - 10 in the Royal Circle, accessible via the level foyer. Guide dogs are allowed in the auditorium, or theatre staff can look after your dog if you prefer.

We’re a top destination for a wide variety of seat types and prices, with excellent availability on the full range of Shaftesbury Theatre tickets.