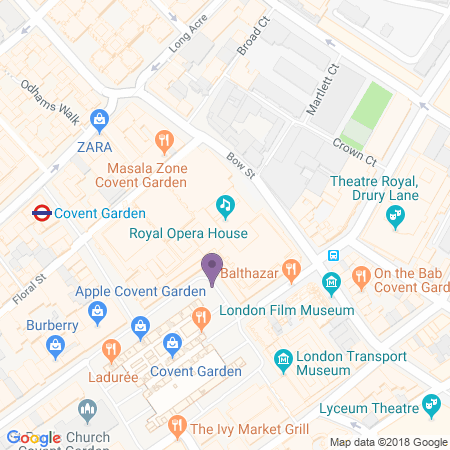 The Royal Opera House is the impressive official home of the Royal Opera and Royal Ballet and features a striking pillared façade. Inside it is equally magnificent with its unusually deep stage, huge orchestra pit, horseshoe shaped seating and beautiful pale blue and gold ceiling dome.

It was built using the enormous profits from a particularly successful and popular production of The Beggar’s Opera. The composer Handel debuted many of his new musical compositions there during the 1700s and loved the venue so much he left his organ to the venue in his Will. Sadly, it was destroyed by a fire in 1808. And the piano forte, a revolutionary instrument of the times, was first heard at the Royal Opera House building in 1767.

Another fire caused considerable damage in 1857, after which the venue raised the costs of tickets to pay for restoration. This caused the famous Old Price Riots, which eventually led to entrance fees being put back down to reasonable levels!

In 1843, when the practice of restricting drama performances was finally lifted, it was renamed the Royal Italian Opera, translating many non-Italian operas into Italian. In the late 1890s it was finally renamed The Royal Opera House, adding operas from France and Germany to their repertoire.

Restored beautifully at huge cost during the 1990s, today the Royal Opera House is one of the most popular performance spaces in London. It also houses a fascinating collection of operatic costumes and other collections, in an ambitious project to catalogue every single performance there since its opening in 1732.

Past shows at the Royal Opera House

The Royal Opera House has staged every imaginable opera, from obscure oddities to household name operas like Carmen and La Boheme. It has also hosted stellar performances by The Mariinsky Opera, The Mariinsky Ballet, The Kirov Ballet, San Francisco Ballet, La Scala Ballet Company and any more.

There are as many as 19 wheelchair spaces in the main auditorium, in the stalls circle, grand tier, balcony and upper amphitheatre. Plus at least one wheelchair space and companion seat for sale from 10am on the day of the performance.

We’re a great destination for a wide variety of seat types and prices, with excellent availability on the full range of Royal Opera House tickets.