Review: DEATH OF A SALESMAN at the Piccadilly Theatre 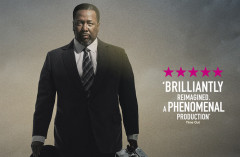 Can you improve a masterpiece? The answer at the Piccadilly Theatre until January 4th is a resounding yes.

Salesman is widely regarded as one of the greatest plays ever written. On the face of it it’s a domestic tragedy. We’re in the early 1950s and the hosiery salesman Willy Loman returns home from a long sales trip on a hot summer night, to his worried wife.

He is reaching retirement age and his mind is starting to unravel. He drives dangerously and has often angry conversations with ghosts from his past.

On the night we meet the Lomans, their two grown-up sons are staying. Neither has a secure career or a wife and they’re a great source of anxiety to Willy especially his eldest son Biff who squandered any potential he had some years ago. In his confused state the father re-runs key moments from the break down of their relationship as his family try to get him to face the realities of here and now. Antagonism comes from Willy’s refusal to compromise his suffocating dreams for his eldest son even though it’s clear to everyone they’re long past their sell by date.

So that’s the surface, but not far beneath the plays plot however is a stonking great metaphor for the fallacy of “the American Dream”.

Loman wants all the success it promises. The strain of reconciling hopes and aspirations with the disappointment and mediocrity of real life is pulling him to pieces especially as he’s haunted by a past incident when he was found lacking in the eyes of his son.

The playwright Arthur Miller has described the action as taking place in Willy’s head and Anna Fleiscle has provided a shadowy set where windows, doors and furniture hover above the action, descending to signify where ever he is in his ramblings.

The production also has an exemplary sound design from Carolyn Downing in which snatches of period music, played live by the cast, are entwined with unsettling sound effects reflecting the jolts in Loman’s memory.

But it’s the performances which mark this out as an unforgettable evening in the theatre. I must confess before attending I thought I’d seen one to many productions of this oft revived play and was reluctant to sit through yet another. But the quality of the acting was revelatory and whole exchanges seemed entirely fresh as if I’d never encountered them before.

The big idea behind Marianne Elliot and Miranda Cromwell’s production is that, for once, the Loman’s are a black family living in the predominantly white Jewish neighbourhood of Brooklyn, which brings an added sting to the indignities the patriarchal war horse must face as, no longer fit for purpose, he’s patronised and rejected.

The entire cast is superb but the lead role is played by US star of TVs SUITS and THE WIRE, Wendell Pierce. He is easily the best Willy Loman I’ve ever seen. I think the reason is that he emphasises the salesman misguided positivity when other actors make him a loser from the outset. As a result it’s desperately sad to watch his heart break as reality sinks in, and even more so when reality doesn’t.

Pierce’s performance is matched in intensity by that of Sharon D Clark as his wife. As ever this extraordinary actress conveys so much by doing so little. Linda Loman has been so battered by adversity that she’s had to bolt on armour plating to cope with the next disappointment life will throw at her. It’s mesmerising to watch a character carry so much pain in their shoulders even as they try to make the best of things.

When husband and wife crack it’s emotionally devastating to watch. No one really believes in the American Dream anyone but imagine the effect the play must have on the original audience, not only watching a good man reduced to rubble but having their own beliefs pulled down around him.

You have to see this. Do everything you can to get a ticket. People will be talking about it for years to come. 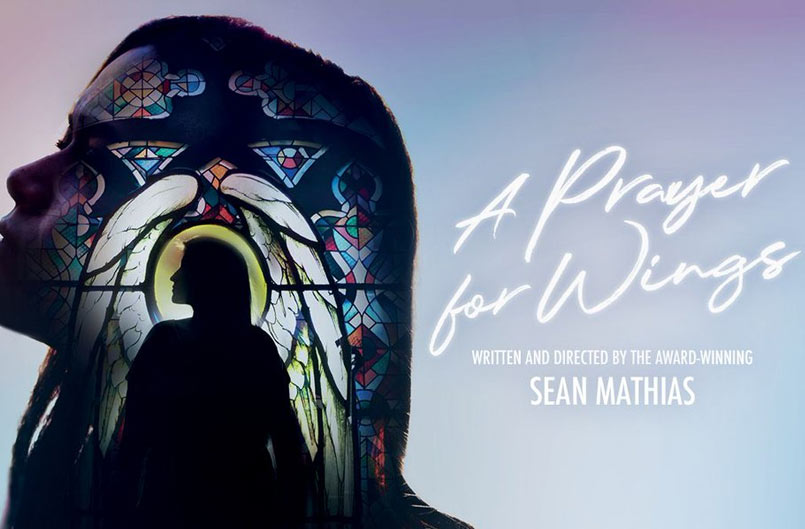 Review: A PRAYER FOR WINGS at The King's Head Theatre 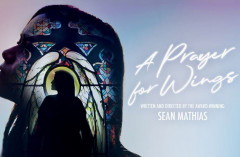 This play was originally performed in 1985, and explores the realities of high unemployment, unending poverty and the blight of hidden carers, the offspring who are burdened with the necessity of looking after a chronically dependant parent. The fact that, over thirty years later it's only the price of the "hand jobs" that young carer Rita (Alis Wyn Davies) gives to the boys on the "rec", that has changed, should be a matter of outrage. It won't be, of course.