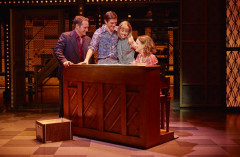 I always like to celebrate a show whose primary purpose is to give pleasure and Beautiful which is about to end its time at the Aldwych Theatre after a very respectable run of over two years, is just such a show.

You also learn a lot too. Although I’ve loved songs like So Far Away, Take Good Care of My Baby and Locomotion but I had no idea that the same songwriter was behind them all. That song writer was Carole King and the show takes the form of a gentle autobiography, dramatising scenes from King’s life interspersed with musical numbers she’s written.

The show originally opened on Broadway in January 2014 and King has visited the show in London twice, when she joined the cast on stage to sing You've Got a Friend.

The main thrust of the story features Carole King's life from her days as a school girl to her work with her husband and song writing partner Gerry Goffin. As the show’s official website reminds us – “She fought her way into the record industry as a teenager and sold her first hit, Will You Love Me Tomorrow, when she was just seventeen. By the time she was twenty she was writing number ones for the biggest acts in rock ‘n’ roll, including the Drifters, The Shirelles, Aretha Franklin and the Monkees. But her greatest challenge was to find her own voice and finally step into the spotlight”.

If you can’t catch it in the West End the show is currently playing at the Stephen Sondheim Theatre and an Australian production will open in Sydney in September. Nearer to home the UK tour of the show opens in Bradford on 9 September 2017 and continues to Plymouth, Southampton, Norwich, Cardiff, Birmingham with more dates to be announced. 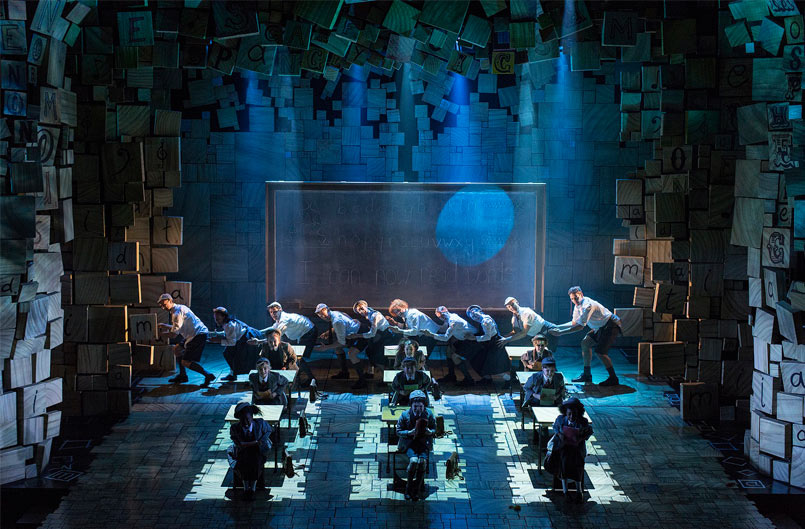 Fall in Love with Matilda 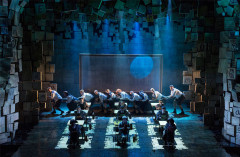 Everybody loves the musical Matilda. When it opened at the Royal Shakespeare's home theatre in Stratford-Upon-Avon even the most pompous critics were besotted calling it the greatest new musical of recent years. Actually it isn't, the musical numbers are fun but beyond the infectious kids song - When I Grow Up - there's nothing anyone will still be singing in ten years time but watching the show is a glorious experience and if you haven't seen it before you'll fall in love with it too. I paid a second visit the other night and fell for its charms all over again.