Mr Foote’s Other Leg transfers to the Theatre Royal Haymarket 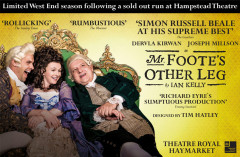 Ian Kelly’s stage adaptation of his own book Mr Foote’s Other Leg has announced its transfer to the West End after a critically acclaimed run at the Hampstead Theatre.

The production directed by Richard Eyre and starting Simon Russell Beale opened at the Hampstead Theatre on 27 September 2015 to rave reviews and standing ovations.

The West End production will begin previews on 28 October 2015 at the Theatre Royal Haymarket, with the opening night scheduled for 4 November 2015. The Olivier award-winning Russell Beale will reprise his role as Georgian satirist and comic Samuel Foote.

Mr Foote’s Other Leg also stars the writer of the play. Ian Kelly will once again play the role Prince George. Kelly will be joined by Dervla Kirwan returning to play Peg Woffington.

Set in Georgian London, Mr Foote’s Other Leg is a riotously funny new play that explores our obsession with celebrities today by introducing the first person to cotton onto the selling of personality, Samuel Foote.

Director Richard Eyre is best know from his time as Artistic Director of the National Theatre. His recent theatre work includes the multi award-winning production of Ibsen’s Ghosts that transferred to the West End from the Almeida Theatre, and The Pajama Game, also receiving a West End transfers after opening at the Chichester Festival Theatre.

Catch Mr Foote’s Other Leg at the Theatre Royal Haymarket from 28 October 2015. 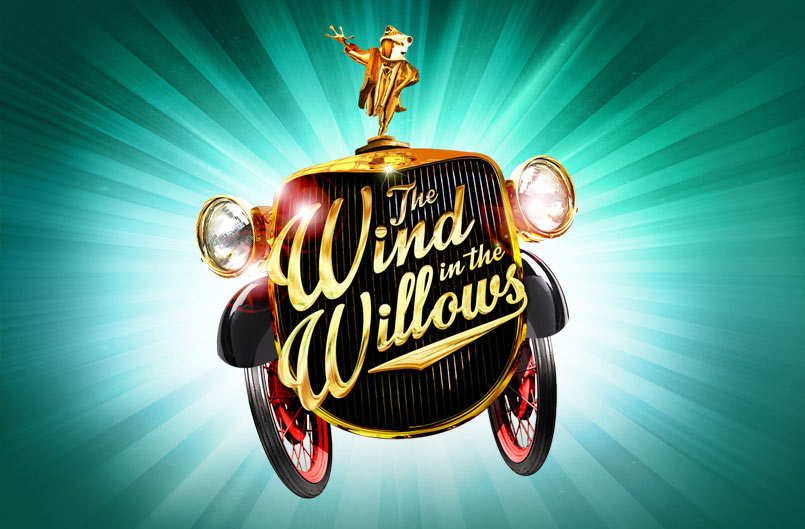 Is Wind in the Willows musical set for the West End? 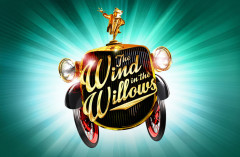 Downton Abbey creator Julian Fellows and musical theatre legends George Stiles and Anthony Drewe have been hard at work over the past year on a new musical adaptation of Kenneth Grahame’s much-loved classic tale of The Wind in the Willows.

The musical is due to open at Plymouth Theatre Royal in October 2016 and rumour has it that it will make its way into London’s West End soon after.