Review: BOOMERANG at The White Bear 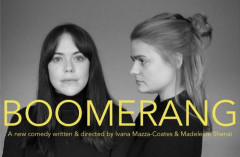 I love to see new writing, and I have to admit I did see the embryonic version of this piece at a scratch night. It left me then impressed and intrigued. The Boomerang I saw last night filled in much more detail, exploring far further the history and layers of the core three relationships, and left me much the same way.

The writing is funny and intelligent, it's a joy when the audience is not insulted by simplistic tropes, and the actors supremely up to the complexity that such a layered script demands.

It opens with a domestic scene, twenty something Mauve ineptly opening a bag of nibbles that end up all over the floor. The humour of this little moment is so deftly portrayed, neither over laboured or thrown away, that you feel able to comfortably settle in to the rest of the show. It soon becomes clear that Mauve is still living with her mother, working in a call centre, and is perpetually single. The nervous food preparations are in honour of the impending visit of Mauve's now estranged , and far more succesful (hence "adult") best friend, Holly.

Holly is a "creative strat" in trendy Soho, and recently engaged, so why is she such a ball of nervous energy, and is the gap in these young women's achievements thus far really a justification for their mutual animosity and mistrust? As the play builds up back story, and throws in the curve ball of Mel's rather odd coupling with terminally hippy-esque Len, the reasons become clearer, and much more intriguing.

The audience is left hanging on to that unresolved intrigue with a faux-denouement that just makes you want to see more of this comic drama, a grand achievement by the two whip smart young writer/director team, Ivana Mazza-Coates and Madeleine Shenai.

The cast? Where to start? The core of the story is played superbly by the young actors. Megan Purvis as Mauve is hilarious, her hyper mobile face and smart knowing eyes a perfect foil to Alice Kerrigan's intensely coiled spring that is Holly. Watching these personas unravel as they increasingly exchange positions of dominance, like a couple of excited terriers, is an invigorating ride. Nicola Wright is entirely believable as Mel, her brisk no nonsense unbending into a glorious naughtiness and she has a chance display her gift for subtle comic detail. As she bats off the pawing attentions of the gauche and physically awkward Len (Daniel Higley, who captures that excitable Labrador behaviour of some of those hippy type man - boys) we get a sense of her unease with this new relationship.

Special mention should go to the intricate detail of the unusually naturalistic set design by Shanti Gordon. It felt like one was in a family home rather than a theatre. 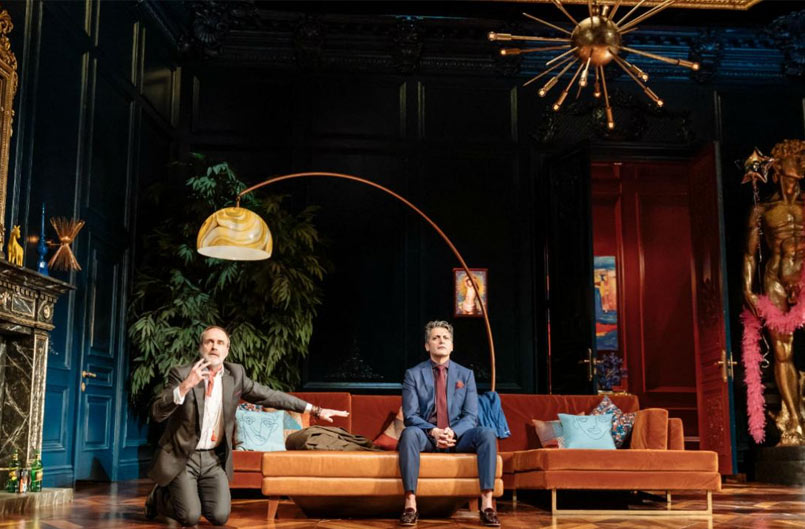 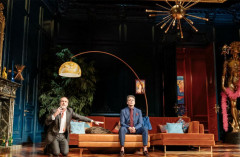 Molière’s TARTUFFE - that perennially revisited masterpiece of wit, seduction and deception - hits the National Theatre’s Lyttelton stage this week, in what they’ve described as a ‘ferocious new version’ by John Donnelly.