Review: I’M NOT RUNNING at The National Theatre 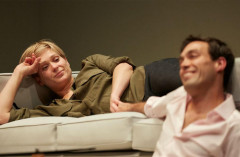 David Hare has been a giant amidst UK playwrights for over thirty years. His plays PRAVDA (co-written with Howard Brenton) and his “state of the nation" trilogy at the National Theatre, RACING DEMON, MURMURING JUDGES & THE ABSENCE OF WAR, are highlights of my theatre going career. But, I'M NOT RUNNING, his latest script to benefit from the full production resources of our premiere venue, is a waste of everybody’s time.

The title refers to a press statement from his central character, Pauline, about whether she intends to run for the labour party leadership. Over the next two hours and forty minutes the action scoots backwards and forwards in time to chart the life-journey which leads to her reconsidering that decision. Central to this is the relationship she has with her ailing mother, prompting her to campaign against a local hospital closure, but especially the toxic, combative, on-off love affair she's had with a rival, male, politico since their time at university.

There is much that’s lamentable about this production. Let’s start with the performances.

Sian Brooke in the lead role opts for a vocal characterisation that is so grating on the ear that it becomes unbearable to listen to. Which is a shame because Pauline whines, gripes and shouts through much of the running time. Alex Hassell as her former lover merely focuses on looking handsome and occasionally strolling around sounding a bit peeved. But perhaps we should cut them a little slack as they have to play such entitled, two dimensional, characters that are so totally lacking in empathy, charm and self awareness that it’s impossible to care less about them. My irritation soon morphed into boredom then a combination of both.

Joshua McGuire does all he can as Pauline’s cuddly but waspish gay side-kick and Liza Sadovy wins the evenings only acting honours for the one engaging scene in which she plays a sick, bitter, alcoholic mother.

The usually brilliant director, Neil Armfield, and designer Ralph Myers don’t help matters by staging everything in a sterile, grey box. It rotates within that most overused and tired convention, a faux empty stage stripped back to the bare walls, in case we get too emotionally immersed that we forget we’re watching a play that requires us to think. I did indeed find myself thinking but, alas, only about how nice the coffee table would look in my lounge and how on earth the sick mum reached the top of the high window frame to drape a curtain over the glass.

Surprisingly, at a time when the state of the real-life labour party is so fascinating and we really need a playwright of Hare’s stature to write about it, he opts instead to tell this ridiculous story of a woman elected as a single issue, independent MP, not once but twice, who belongs to no particular party yet who becomes a front runner for the labour leadership; a scenario so devoid of credibility that it fails as both drama and political theatre. It’s commendable that the piece has so many strong female characters but they’re never more than two minutes away from discussing men.

What on earth was Hare thinking? There’s a possible clue in the climactic speech in which he pontificates, correctly, that women’s voices need to be heard.

In which case get off the stage David and let women playwrights have your opportunities until you’ve got something interesting or pertinent to say. 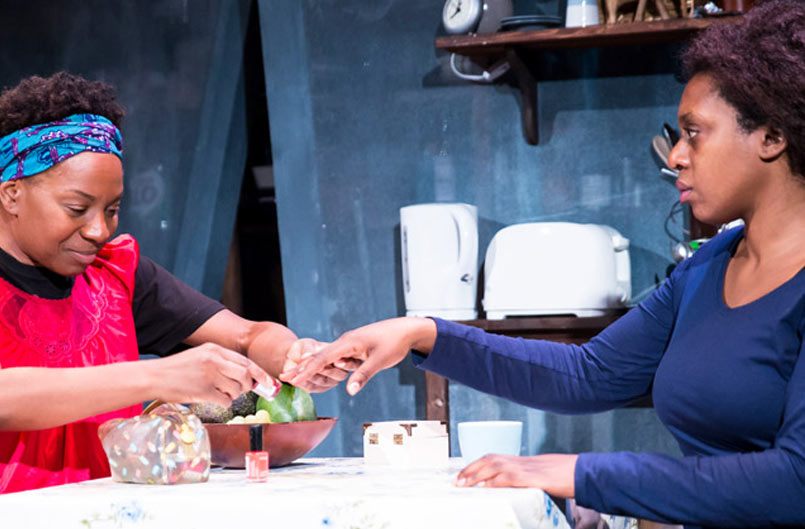 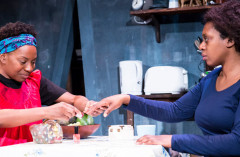 The annual statistical publication for FGM (female genital mutilation) shows that during the 2016-2017 period there were over 5,391 newly recorded cases of FGM in England alone. These statistics are horrific and the subject matter is not even close to getting the attention it needs.