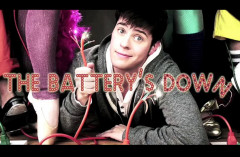 Over the last week there’s been an avalanche of theatre related material released for home streaming. In fact there’s so much choice available that it can be hard to know where to start.

Here at Londonboxoffice we’re dedicated to pointing you towards some of the most interesting and even obscure on-line content to enjoy during self-isolation that will increase your understanding and appreciation of theatre ready for its post-Corona return.

Actually this next recommendation isn’t terribly educational – but it was/is a lot of fun and I can’t recommend it highly enough for your daily theatre hit during self-isolation.

In 2008 displaying the kind of ultra self-confidence that would get you shot down in Britain, University of Michigan graduate Jake Wilson, decided to write direct and star in a musical comedy web series about graduating actors in NYC.

He got together and cast a group of his friends, begged special guest appearances from Broadway stars and overcoming a barrage of practical obstacles they made sixteen 20 minute episodes and posted them on YouTube, where you can still enjoy them today.

If it was intended as a showcase for the regular cast that might lead to bigger things it hasn’t particularly succeeded in creating any breakaway stars but many of the actors went on to establish perfectly respectable Broadway careers.

But it’s the contributing song writers that reads like a who’s who of contemporary hit writers. For THE BATTERY’S DOWN is a musical with at least 2 glorious original musical numbers, surprisingly well shot, edited, sound mixed and choreographed (Wilson again) in each episode.

The exceptional talent writing these musical numbers included the 2009 Tony Award-Winners for Best Score of a Musical, Tom Kitt and Brian Yorkey (NEXT TO NORMAL), 2004 Tony Award-Winner for Best Score, Jeff Marx (AVENUE Q) and song composers of the moment Pasek and Paul (DEAR EVAN HANSEN, LA LA LAND & THE GREATEST SHOWMAN). Back then they wrote the theme tune and also make regular appearances in the cast.

During a trip to New York mutual friends organised a meet between Wilson and I. Neither of us were sure whether this was to make a business connection or lead to something more personal but it was like colliding with a disconcertingly handsome tsunami of charisma, self confidence, and positivity. Way too much for a shy Brit like me to handle but as a result I started to watch his show.

And I still dip into it occasionally if I'm feeling fed up in New York. It’s always a pick-me-up, a perfect depiction of everything we hope life in the Big Apple will be; hanging out with sweet, good looking, talented friends, wittily sharing successes and failures on the way to Broadway success, and regularly breaking out into song and dance.

And if you like what you see just type THE BATTERY’S DOWN in the YouTube search engine and binge.

You’ll have forgotten all about the Corona Virus in minutes.