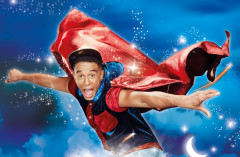 Each year the late November brings us one of the best artistic festive inventions ever; the panto. The production of ALADDIN is this year’s offering from The Lyric Hammersmith. Directed by Ellen McDougall and written by Joel Horwood the show takes us on a journey full of laughter, high energy and some political references. Despite the presence of the magic flying carpet, at times ALADDIN lacks the necessary sparkle that makes for a great panto; this production still offers plenty of fun for both the old and the young.

Set in the impoverished borough of Fulhammerboosh ruled over by the Emperor One Per Cent (Dale Rapley) this story reimagines Aladdin (Karl Queensborough) as a streetwise troublemaker who despite solemnly swearing to his brother Wishy Washy (Arthur McBain) that he will never fall in love does so the first moment he lays his eyes on princess Jasmin (Allyson Ava-Brown). But since the poor may never marry the rich and the baddie Abanazer (Vikki Stone) has already connived an evil plan to marry the princess many more obstacles (including a police chase in a laundrette) will have to be overcome before everyone gets their happy ending and the good prevails.

With a few political references Horwood’s writing ensures that this panto makes the best out of current political situation by mentioning Brexit, Article 50 and not forgetting the newest gift to humanity; President elect Donald Trump. James Doherty is excellent as the camp Widow Twanky who delivers most of the political lines often mocking the idea of panto itself reminding the audience that none of this should be taken too seriously. Then there is Vikki Stone’s green faced villain Abanazar who steals every scene as Stone’s timing and presence are impeccable. Doherty and Stone are without a doubt the stars of ALADDIN but it wouldn’t be fair not to mention Malinda Parris, as her sassy Gennie screams feminism and Parris herself possesses an incredible voice.

Audience participation, popular tunes of 2016, political messages and snow falling from the sky are only the few of many key moments in this show that make it quite special. Yet it seems that the narrative of the show lacks coherence and compared to the rest of the cast the two main characters Aladdin and Jasmin appear quite plain at times making it hard for the audience to care for their love story. Nevertheless there is nothing to regret about seeing ALADDIN at The Lyric Hammersmith, if anything Abanazer and Widow Twanky are unmissable. 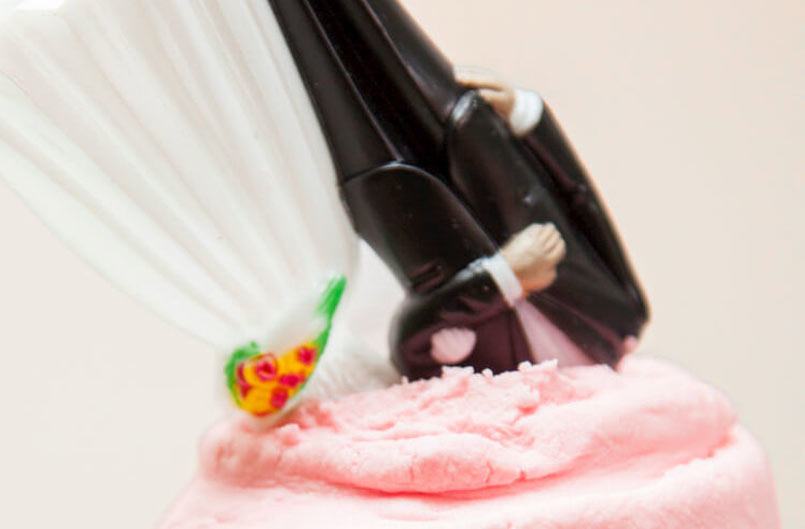 Review: HOW TO DATE A FEMINIST at The Arcola Theatre 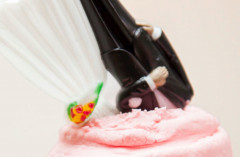 Down on one knee, ring box in hand, Steve is about to propose to Kate but before he pops the question he simply must apologise toher for the patriarchy and its oppression on women; because Steve is a feminist. This is the opening scene of Samantha Ellis’ HOW TO DATE A FEMINIST a hilarious and intelligentromantic comedy which is now back at The Arcola Theatre. Feminist or not, everyone should make their way to Dalston to experience Ellis’ brilliant writing, full of fresh ideas andinsightful questions.