Review: ANGELS IN AMERICA at the National Theatre 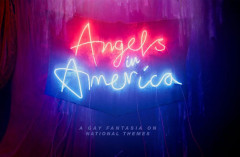 Angels in America, all seven and a half hours of it, is the best soap opera in town.

If that sounds derogatory think of the very finest TV (melo)drama with heroes, heartbreak, extraordinary villains, epic bravery against the odds, deathbed confessions, revelations and reconciliations, love lost and found, and a journey to self discovery. That's what the National Theatre are currently serving up, either over two evenings of three hour drama or over one extraordinary day which begins at 1pm and spits you out, emotionally and intellectually bruised and battered, to stagger home just before 11pm.

The plot centres around Prior Walter, a sharp tongued, young man who is dying from an AIDS related illnesses during the Reagan presidency when that cruel and debilitating disease was little understood and, with little hope of a cure, was killing swathes of young homosexuals, ostracised by a terrified general population. Spider-Man film star Andrew Garfield plays him in a tour de force display of suffering, laced with the acid tongued venom of the lonely and frightened.

His lover Louis (James McArdle) unable to face the mess and suffering leaves him and takes up with a closeted Mormon lawyer Joe (Russell Tovey on fine form) who is recruited by AIDS denier, the ruthless prosecution attorney Roy Cohen. Cohen won't admit he has the disease and is destined to die in the second half of the play, hated and alone, nursed by Prior's best friend, the exuberantly camp Belize (Nathan Stewart-Jarrett: wonderful)

The usually cuddly Broadway star Nathan Lane is cast against type as Cohen, the cadaverous disciple of McCarthy but he gives this monstrous figure the kind of charisma the real-life Cohen must have had and his deathbed scenes, fuelled by a snarling rage, are some of the most powerful in the production.

Meanwhile Mormon Joe's marriage is falling apart with his Valium addicted wife experiencing troubling hallucinations and whose mental decline necessitates the arrival of his disapproving mother. The women are played by Denise Gough and Susan Brown respectively and both give fascinating, quirky and emotionally precise performances.

Prior and Cohen experience their own fevered visions too. Cohen is visited on his deathbed by the ghost of a middle aged woman who he helped send to the electric chair for communism and Prior is haunted by an angel who demands that he become a prophet because God has gone missing and America's angels lack guidance.

The first half is played out amidst revolving, ugly, chipboard screens bathed in the murky light of a troubling memory. In part two the stage opens out to give a sense of the epic journey the characters and indeed America must undertake towards enlightenment, beneath designer, Ian MacNeil's intriguing metal ceiling which looks like a combination of the underside of a roller-coaster and the space ship interior from the movie Alien.

There are more striking design choices when it comes to presenting the angel. In every revival I know of she's been traditionally dressed. On this occasion, as played by the wonderful Amanda Lawrence, she's like some ugly baby bird with a mess of unkept hair and skeletal scaly wings that require a team of sinister looking puppeteers to operate them.

Although magic realism is just another day at the office for film makers it's so rare in theatre that the frequent and vivid hallucinatory scenes really lodge themselves in your memory.

If you're familiar with the piece you may be disappointed to discover that it's no longer a play with anything to say about the times we live in. There are a few brief moments which connect with modern politics, Trump was a Cohen acolyte and a bag lady promises that everyone in the future will be mad, but these are fleeting. It was so pertinent and poignant about our AIDS ravaged world when it was first performed in the mid nineties and all over again when I directed the regional première at The Crucible Theatre, Sheffield at the turn of the century, when it became about our fear of the millennium. But now... alas the philosophy feels dated and it has morphed with time into a period piece, a searing portrayal of a dark decade which we've thankfully left behind.

Whatever topicality the play may have lost it's still an unforgettable, if long haul, theatrical experience in this luxuriously cast revival of a modern classic. 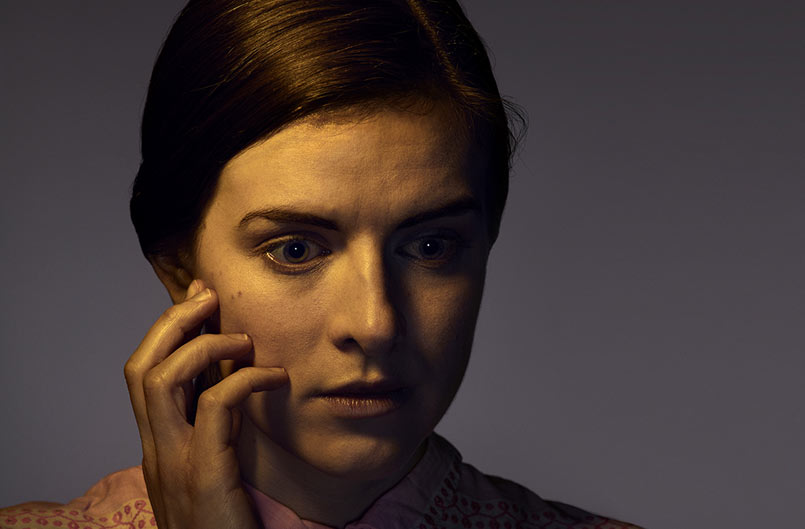 Review: THE TREATMENT at the Almeida 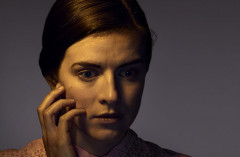 "It's a mindfuck, Clifford", states one of the characters in Martin Crimp's play THE TREATMENT (first staged at The Royal Court in 1993) which is being given a new outing at the Almeida under the direction of Lyndsey Turner, who’s brought something of a midas touch to several successful productions in recent years.