Review: BACK TO THE FUTURE at Adelphi Theatre

The high octane freneticism of the movie has been neatly translated into a theatrical experience with all the whimsical exuberance of the original — plus a few added layers of corny in-jokes, fantastic special effects and of course, tightly choreographed musical dance numbers. 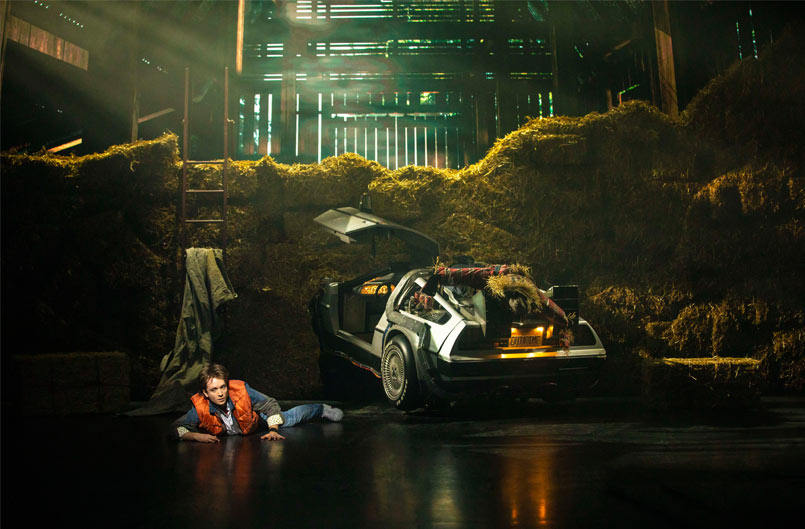 A slowish start to the first half noticeably picks-up pace once Marty (Olly Dobson) is accidentally transported from 1985 back to 1955 in the now famous DeLorean, complete with its key time travel component the flux capacitor developed by Doc Brown (a zany comedic turn from Roger Bart). All the key story elements are here but with Alan Silvestri and Glen Ballard’s songs helping to segue scenes and disguise some of the larger set changes, (although much is once again achieved through projections provided by the ubiquitous Finn Ross). The writing pair’s lyrics seem to veer from poignant and witty to downright corn-fed and clumsy, but anyone who manages to include long forgotten black film actor Stepin Fetchit (who gets a mention in Goldie Wilson’s number “Gotta Start Somewhere” performed with gusto by Cedric Neal), deserves to bring the house down - and it is by far the strongest number in the first half. Before the intermission, a neatly convoluted high speed chase/fight sequence ensues, during which the stage revolve, cyc cloth and backdrop projections are all deployed to slick effect in Director John Rando’s show, with help from Chris Bailey’s choreographic sequencing.

Hugh Coles as George McFly, Rosanna Hyland as Lorraine Baines, Aiden Cutler playing bully Biff Tannen and Courtney-May Briggs as girlfriend Jennifer Parker all contribute considerably in their featured roles, but as with Chitty Chitty Bang Bang, the car is the star — and with mellifluous hydraulic magic lifting it up into the auditorium, who would argue with that? 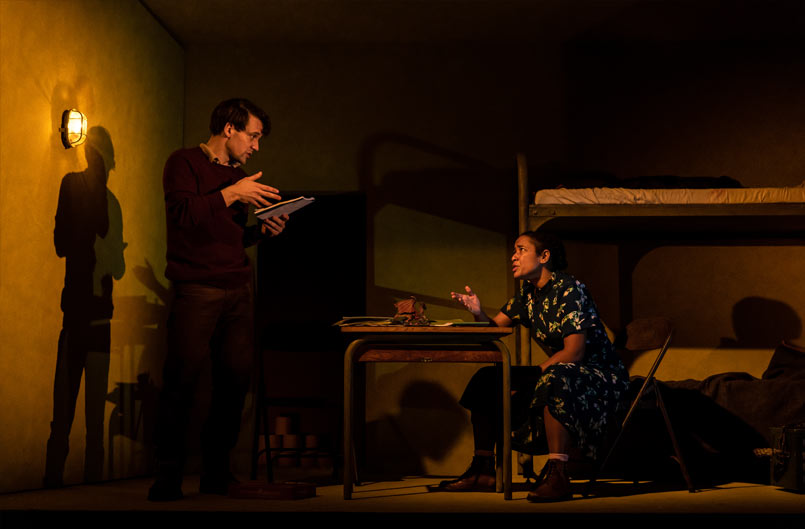 Review: AFTER THE END at Theatre Royal Stratford East

In the cramped, subterranean world of a small urban nuclear bunker, Louise awakens to learn that nerdy friend Mark has saved her from almost certain death as a small mushroom cloud rises above the city. They’ve supplies to last 2 weeks and now need to hunker down and get along until it is safe to venture out.