Review: CATS at the London Palladium 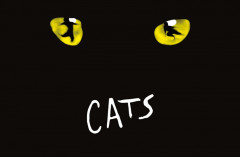 Tickets to review CATS are allocated by the West End's least helpful, indeed only unhelpful, press agent. And for the second year running I was informed there wasn't room for me. Perhaps that's why she gets some of the best shows, she keeps riff-raff like us out!

Anyway I've never actually seen CATS so, appropriately, curiosity got the better of me and I thought I'd buy a seat, the cheapest I could find, at the back, right at the top.

As one would expect watching a press night is a very different experience as a punter way up there. Not a cat glanced up at the hundreds of us nervously perched on our uncomfortable seats with our knees jammed up beneath our chins, even on the lyric about Gus the theatre cat and the night when the "gallery gave him seven cat calls" But the lighting designer had at least strung up some coloured lights so we wouldn't feel entirely left out.

Despite his efforts it was still difficult to let the opening twenty minutes cast their spell as ushers were letting a continuous stream of people in, groping nervously and distractingly through the dim lighting, scared of the terrifying drop before them.

All the reports about badly behaved audience members, which critics seldom experience in the elite seats, turns out to be true. After the couple next to me had chatted through, and sung and danced along to, most of the first half, passing a pint of lager back and forth between them, I finally had to say something when the bloke got his mobile phone out. I found myself hissing "Just sit still, shut up and watch".

Grumpiness aside I actually really enjoyed myself. The CATS soundtrack was one of the albums I used to play constantly in my bedroom as kid, pouring over the album notes (it was that long ago) and dreaming that one day I'd see it.

It’s easy to forget how audacious the show originally was. Andrew Lloyd Webber had the unlikely idea of setting a series of poems about cats by T.S.Elliot to music and stringing them together within the context of the felines competing to be the one who goes to go to cat heaven (the “Heavy Side Layer") on a rubbish dump. It was the 1980s and dance, dancers and dance wear were the height of fashion thanks to Alan Parker's film about a dance school, FAME.

The sight of brilliant dancers in furry leg warmers and Bonnie Tyler hair, pretending to be cats through energetic dance routines set to catchy songs, most of which build to a kick line, was ecstatically received by the critics. It became an international smash hit, especially beloved by kids and tourists who didn't need to know much English to enjoy it.

The show presents all kinds of different types of cat who take turns to do a song; including a magician cat, a housewife cat, a cat burglar, a railway cat (my favourite) and a clapped out, “glamour cat” who the others don't like because she's old. She sings the hit song, MEMORY and was originally played by Elaine Page after Judy Dench sprained her ankle in rehearsals, preventing her from having to perform in a grey leotard and back combed grey wig, six nights a week, for a year.

It's amazing how poignant the simple scenario of the rejected cat is. The lady beside me was an emotional wreck during the big number and, even on her best behaviour, couldn't resist punching the air with both hands on the high notes.

In this revival the role is played by Beverley Knight, billed as "the Queen of Soul" outside the theatre. In the neighbouring seats they thought she was amazing. She was but I also thought she struggled with the lower notes in the first half.

Anyway, eventually, a good time was had by all. The show's combination of archaic 1930's vocabulary and tunes you've forgotten you've loved all your life is really comforting; even if from the gallery it feels like the people in the flat two floors below are having a party to which you’re only grudgingly invited.

We non-pedigree audience were all smiles by the end as we were dispatched down a back staircase to the bins behind the Palladium, like alley cats! 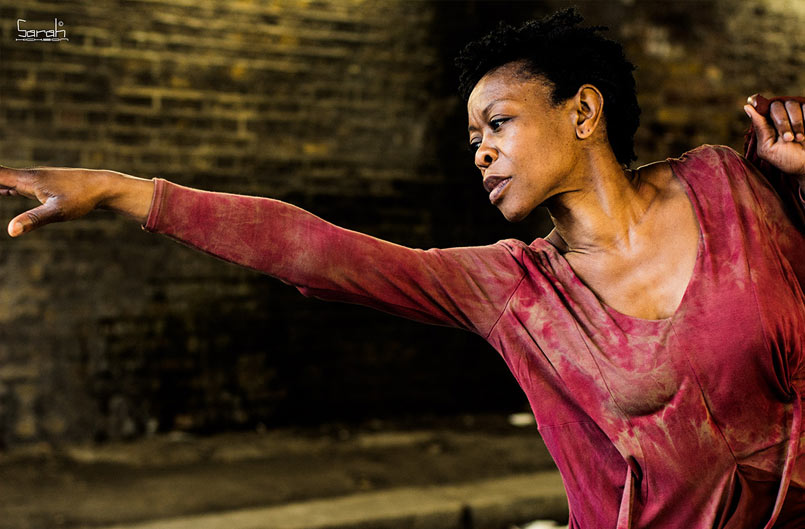 Review of SARAI at The Arcola Theatre 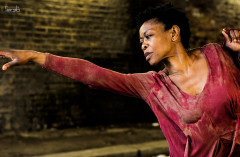 SARAI, a new production by theatre company Crying in the Wilderness, directed by Paul Anthony Morris, is a one character play and one woman's story of freedom, politics, war, motherhood and destiny.