Review: FIDDLER ON THE ROOF at the Broadway Theatre, New York City 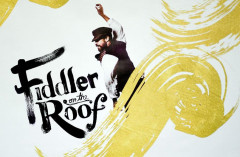 FIDDLER ON THE ROOF is one of the best-loved and well-known musicals of the last fifty years. At the recent performance I attended I could hear audience members singing lyrics softly under their breath and anticipating the many classic laugh lines. Revived more times in New York City than any other musical this makes it a particular challenge for the production team of each revival to find a fresh take on the show. When it was announced that Bartlett Sher, director of the revelatory Lincoln Centre SOUTH PACIFIC revival, was helming a new production I was very excited. Well, Sher and his team have not disappointed.

This is an intelligent, elegant, visually stunning revival that honours the show while at the same time managing to make FIDDLER seem fresh and new.

FIDDLER ON THE ROOF is based on the short stories of Shalom Aleichem and tells the story of Tevye the milkman, his wife Golde and their five daughters in turn of the century Russia. As each of his three older daughters falls in love Tevye is forced to adapt to a new world in which young people are liberated from the matchmaker. Tevye may be willing to adapt to a world of many changes, but when he is finally forced out of his village by a pogrom, in a famous and powerful conclusion, Tevye nonetheless lovingly beckons the symbolic fiddler to join his family in America.

As Tevye, five-time Tony nominee and New York theatre stalwart, Danny Burstein is a triumph. His strength in the role is his willingness to forgo the vaudevillian shtick so often attributed to the part. This uncluttered interpretation leaves the audience free to appreciate his truthful and touching acting, not to mention his powerful singing. Jessica Hecht, who plays Golde, is a less compelling singer, but her skillful character shading reveals the insecurity beneath Golde’s gruff outer shell that most other actresses miss. Alex Korey’s understated, yet humorous interpretation of Yente the matchmaker, was also a delightful surprise.

In fact all the actors’ performances were spot on and it is clear that Sher has worked long and hard with his cast to develop a realism that has been absent from previous revivals. If I have one complaint it is that this focus on extracting the truth from a scene or song resulted in a pace that on occasion dragged. Probably the most daring aspect of this revival is the new choreography by Israeli modern dance choreographer Hofesh Schechter. For the first time the estate of Jerome Robbins gave permission for the iconic original choreography to be omitted. Schechter’s choreography has a very animalistic, modern sensibility, and will not be to everyone’s taste, but I nonetheless found it thrilling and a breath of fresh air. The set design by Michael Yeargan makes excellent use of the large Broadway Theatre stage and is stunning to look at whilst still managing to accurately represent a poor village in Easter Europe.

Even if you have seen FIDDLER numerous times, as I have, this is a wonderful revival that will please, purists, first timers, and those who like a bit of a surprise from classic shows. 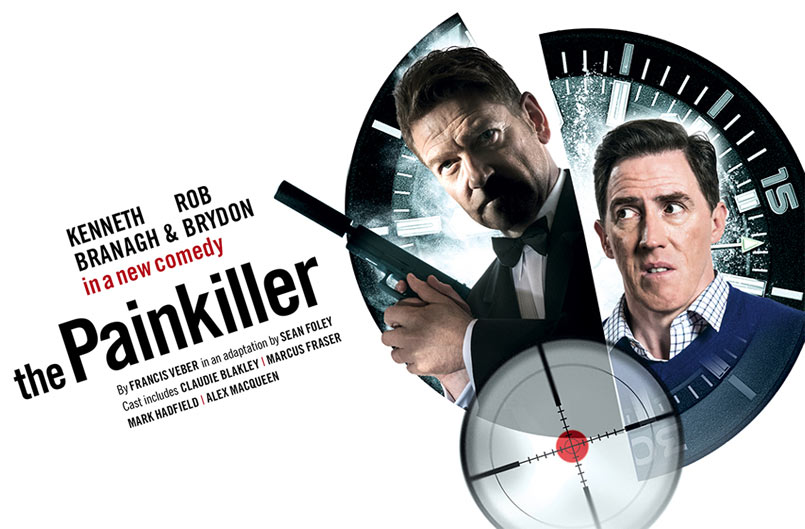 Review: THE PAINKILLER at the Garrick Theatre 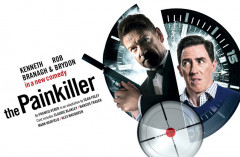 Kenneth Branagh is certainly giving us a range of productions as part of his year long residency at the Garrick Theatre. We've had Shakespeare, Rattigan, new writing and now a farce.

How good a time you'll have at this latest offering, THE PAINKILLER, will depend on your sense of humour.