Review: CAROLINE OR CHANGE at the Playhouse Theatre

This production, a collaboration between theatres in Chichester and Hampstead, got rave reviews at both venues and this West End tansfer looks set to wow a whole new audience. 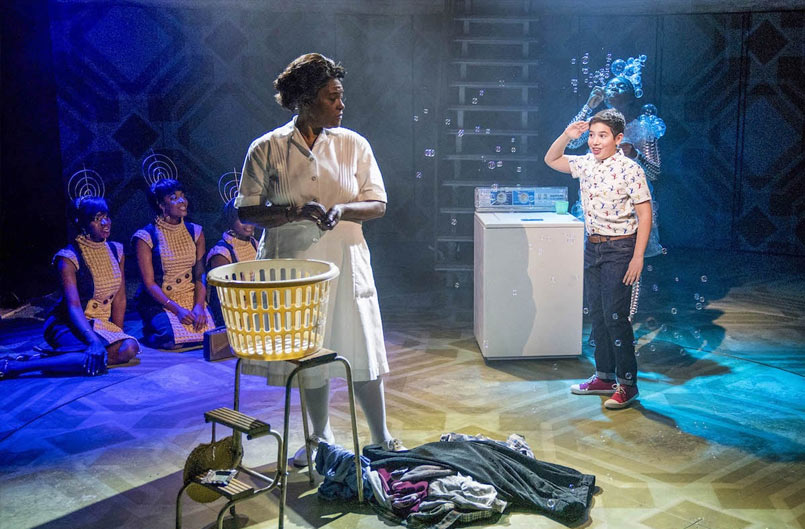 The musical developed a strong UK fan base when it was first presented, at the National Theatre some years ago. One song, sung by a bus (more of that later) has cropped up regularly when I audition singers, but it really should have been revived more often.

This is one of those clever shows where, on the surface, nothing much happens. It’s a small domestic story of how Caroline, a black maid in 60’s Southern America, finds her misery at a life of drudgery compounded by a humiliating, if well intentioned, gesture from her Jewish mistress.

Yet this is also one of those simple stories that takes on an enormous resonance the more you think about it. How does the positivity of something like the Civil Rights Movement touch the life of someone whose miserable servitude is so entrenched by a lifetime of disappointment?

Sharon D Clarke takes the central role of Caroline. It is a mesmeric performance. If you know her work you won’t be surprised to hear that she sings the spiky score with exceptional power and finesse but it’s an incredible acting performance too. Caroline’s formidably unapproachable persona seems only one hug away from cracking open to reveal an ocean of love.

Coming closest to breaking down her steeliness is the eight year old son of Caroline’s employer. Struggling with his own fractured home life, the moments when they briefly connect are heart warming whilst a rage-fuelled confrontation is horrible.

Writer Tony Kushner has based the boy on his childhood self and the mercilessly observed quirks of his Jewish family contrast nicely through out with the earthier life of their maid. Both are given equal stage time and Caroline’s home and family life is richly drawn too.

Her loneliness in her sweltering, basement, laundry room, is explored through her relationship with the inanimate objects of her everyday life which take on human characteristics; including the radio played by a trio of glamorous Motown singers in a succession of stunning costumes, a cute washing machine covered in plastic bubbles and a demonic tumble drier. That bus I mentioned earlier also reacts to the Kennedy Assassination in a forlorn song and the moon is a smokey voiced torch singer.

The sumptuous vocals and orchestrations, contrasting a Jewish influence with soulful blues, will soon sweep you along

This is not a musical with traditional songs. Lyrics are not intended to neatly rhyme, the tunes stubbornly refuse to settle into songs with a beginning middle and an end, and the dialogue is mostly sung. If you’re used to more traditional musical theatre fare this may feel alienating at first but the sumptuous vocals and orchestrations, contrasting a Jewish influence with soulful blues, will soon sweep you along.

This is a must see, both for the sophisticated music and Sharon D Clarke’s magnificent performance. 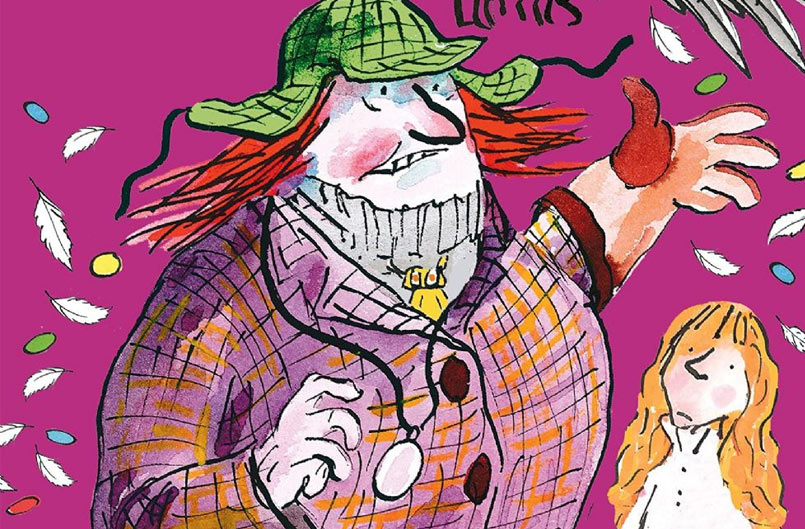 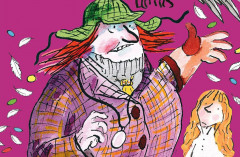 David Walliams’ ever growing list of popular storybooks for children are bit by bit finding life in other mediums. Some have been turned into television adaptations, some into theatrical productions. Awful Auntie is the latest to be given life on stage and is playing at Bloomsbury Theatre over Christmas.