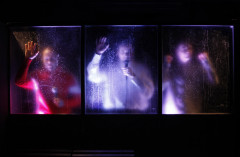 Provincial Wales on a Saturday night and it’s all kicking-off at the local pub where our three protagonists share the same playground history viewed from vastly differing perspectives.

The interwoven roles they played in each other’s lives as youngsters, has impacted in differing ways and created three desperately flawed and damaged individuals. The stereotypes of the bully, the weakling and his wannabe protector friend are all here, but also through the efforts of the actors are nuances and underlying subtleties which give substance and credibility to their portrayals.

Despite the play’s delivery - much of which is direct-to-audience monologue - which can be a challenge in an intimate performance space like the Landor, director Or Benezra-Segal has drawn frequent and tangible moments of jeopardy, affection and comedy from his undoubtedly talented cast - Harrison Rose, Sam Jones and Tomos Vaughan-Williams - which assuredly knots together the strands of Gary Owens play in the final quarter. The result serves as a neat, if uncomfortable reminder, of the long-lasting impact our actions can have on the lives of others. 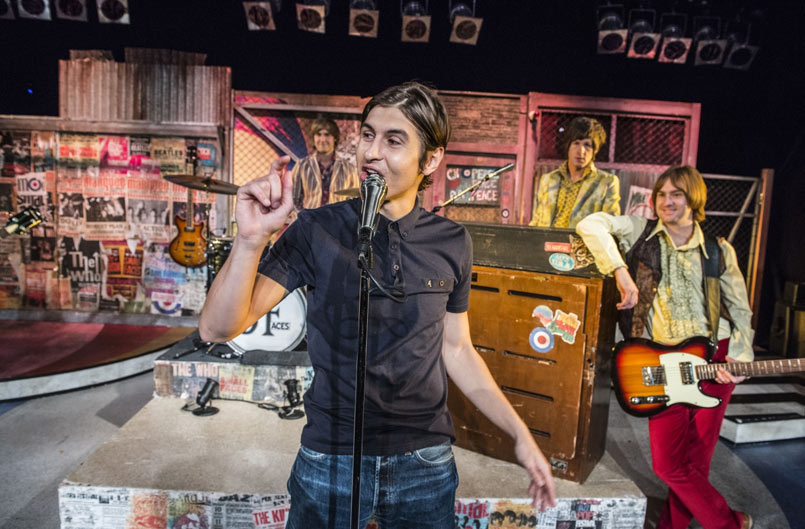 Review: ALL OR NOTHING at The Ambassadors Theatre

After a long tour and a limited run at The Arts Theatre, ALL OR NOTHING, the Mod musical, transfers to the Ambassadors Theatre. Thanks to the small size of this West End theatre, the show retains an intimate feel and the audience are fully immersed into the music and journey of pop group The Small Faces.

Alfie Harrison-Foreman in All or Nothing at the Ambassadors Theatre