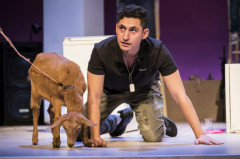 The normalisation and acceptance of unacceptable events in conflict situations, is the bitingly severe and occasionally funny premise of “Goats” by Syrian playwright Liwaa Yazji, currently playing at The Royal Court Theatre.

Yazji, who grew up in Aleppo and Damascus, developed the play from a compilation of bizarre facts and events which she began documenting in 2011. The landscape she has created is populated by families who have suffered the loss of fathers, brothers and sons, who are then compensated by the local authorities with a goat in acknowledgement of their heroic sacrifice. As a consequence, the stage in director Hamish Pirie's production, is populated not only by a dozen actors, but also a scattering of occasionally bleating and perpetually foraging domestic livestock. Sometimes guided on twine leads, but more often allowed to wander randomly, the goats of the title nibble at bits of set or coax morsels from their handlers. The effect of their presence is slightly distracting, but also cute and endearing...were it not for the unspoken significance of their presence for each of the recipient families.

A once respected teacher (Carlos Chahine) who formerly towed the party line, questions the motivations and propaganda of the authorities following the death-in-combat of his son. This brings him into conflict with the local party leader (Amer Hlehel) - a former pupil - whose determination to perpetuate the fighting is unwavering, but whose motivations remain unclear to the end.

Storytelling in the first half suffers from the rambling, disjointed narrative which is further hindered by Rosie Elnile's visually cluttered design. The second half opens powerfully with a returning soldier's revelation (Amir El-Masry delivering a restrained yet explosive turn opposite his mother Souad Faress), which momentarily leads to a more focused and dramatically satisfying examination of the harsh realities. But despite the valiant efforts of the cast - notably the under-utilised Sirine Saba - the clarity is not sustained and the piece quickly reverts to a slightly sinister, anarchic fug. Certain scenes also rely too heavily on exchanges of spat expletives for shock value and consequently feel excessive and overwritten.

Ultimately, the play presents a shocking and dispiriting exploration of the hapless and hopeless inhabitants of a war zone, which in itself is a commendable and weighty objective. As a piece of informative theatre however, it is neither particularly surprising, revelatory or especially entertaining (even allowing for the unpredictable and sometimes comedic contribution of the four-legged stars). 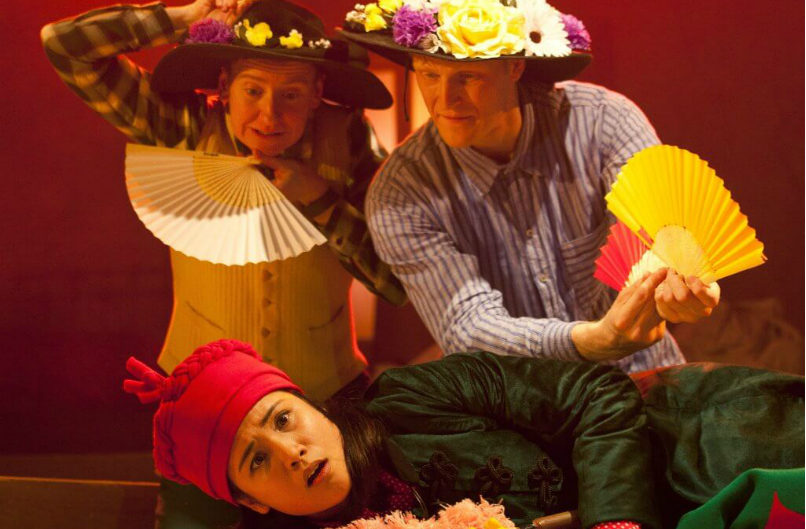 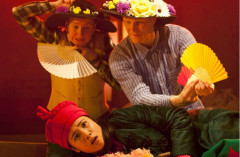 Polka Theatre in Wimbledon puts on the wintery classic The Snow Queen for families this Christmas. With imaginative puppetry and a comedic ensemble, this twist on Hans Christian Anderson’s 150-year-old tale takes the audience on an adventure to find friendship, bravery and the meaning of ‘forever’.