Review: HANSARD at the National Theatre

Tory politicians have been much in the news of late. At the National’s Lyttelton, another (this time fictitious) Eton-spawned grandee, is placed front and centre in newcomer Simon Woods’ first commissioned play, HANSARD. 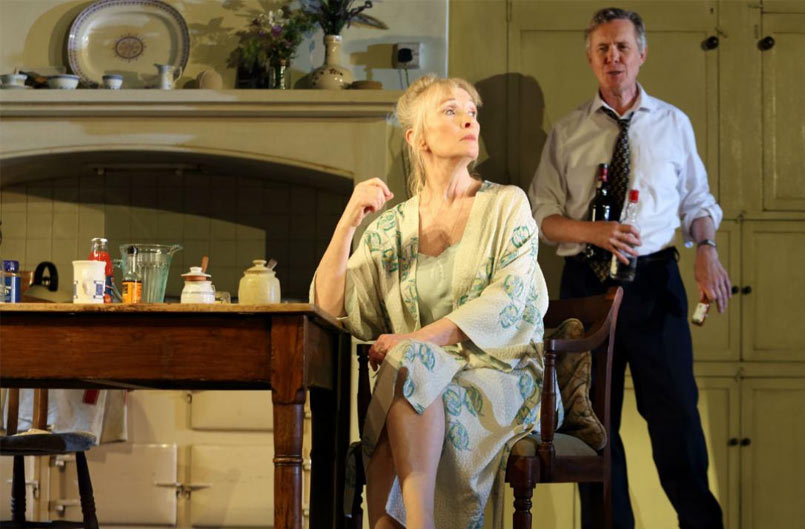 It’s the summer of 1988 and four years after the Brighton bombing, Margaret Thatcher maintains a vice-like grip on her cabinet. After a particularly stressful week during which Clause 28 has been prominent in the government’s agenda, Robin Hesketh MP (as played by National regular Alex Jennings) returns to his Cotswold home to be with Diana, his wife of 30 years (Lindsay Duncan).

Given her apparent socialist leanings - and barely disguised dependence on alcohol - their’s is a fractious and acrimonious household, entirely at odds with the sedate, mellow, beige farmhouse setting. Aside from the fox, which seems intent on disfiguring their lawn, an outside observer could be lulled into believing that the only real challenge to this idyll, is an apparent lack of food in the fridge (which may pose something of a problem when The Scotts arrive for lunch in just over an hour).

The couple’s mutual goading and caustic exchanges take on a comically venomous quality as each pervades the sort of placidly, sneering air which is only achievable after decades of tolerant familiarity. Of course there is substantially more to this yarn than bitchy, high-brow socio-political point scoring, and gradually the real reason for the underlying tension reveals itself.

Wives of Tory ministers have long been viewed with a mix of pity and derision, but when Jennings patiently explains to his long-suffering wife, the niceties of being a woman, Duncan’s rebuke is at once minimal yet utterly scathing, and reminds us of her superbly refined comic timing.

The extreme lack of physical affection on display, is at times achingly apparent and whilst much of the dialogue demonstrates the playwright’s erudite grasp of political and familial wit, the underlying shared tragedy, is palpable.

With such a pair of consummate, on-stage professionals to deliver a script which has been fine-tuned like a Bentley, director Simon Godwin must have felt charmed landing the gig. I just wish he had found a few more moments in which to disrupt the beast’s purring and grind the gears.

For those unable to grab a ticket, Hansard will be broadcast at 700 cinemas nationwide, on 7th Nov. 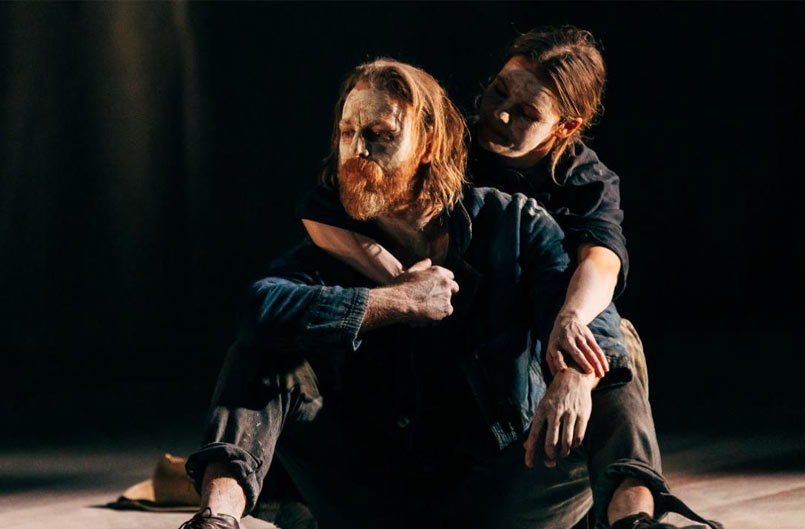 Review: THE SECRET RIVER at the National Theatre 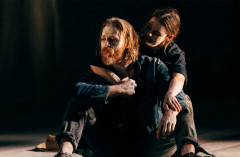 There’s so much that’s satisfying and so much that’s frustrating about Andrew Bovell’s adaptation of Kate Grenville’s novel about early British settlers in Australia.

It’s a production by Sydney Theatre Company from 2013 that is apparently something of a classic in antipodean theatre.