Review: HOW LOVE IS SPELT at Southwark Playhouse 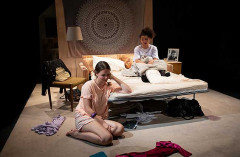 Fifteen years after it premiered at The Bush Theatre, HOW LOVE IS SPELT by Chloë Moss, receives a timely revival at Southwark Playhouse.

Peta is a young woman who has escaped to London. Her motives are uncertain. Her intentions unclear. She is obviously vulnerable and lonely, and yet possesses a determined and steadfast streak. But what is she running away from, or hoping to find?

In her attempt to make human connections, she embarks on a series of drunken nights out, during which she engages with various guys and potential new friends - individuals who each share her grotty bed-sit for a night. During this process, layers of her back story are tentatively revealed. Except that her story changes during each encounter and the random inconsistencies are often directly misappropriated from the previous occupant of her pull-out sofa bed.

In the central character of Peta, relative newcomer Larner Wallace-Taylor proves every inch an actress to watch, as she manages to avoid the obvious pit-falls of hinting at schizophrenia. Instead she allows each transient companion to talk and off-load their angst whilst her responses and interactions are measured to their need, allowing her to successfully ‘hide’ from each of them.

Joe (Benjamin O’Mahony) is a handsome but thick and rough bloke who tries too hard to convince her to go out with him. Steven (Duncan Moore) is a well-spoken, uptight young teacher, still reeling from rejection because of his lack of spontaneity - although he’s convinced he can be more spontaneous with a little planning and advance notice. Chantelle (Yana Penrose) offers some sisterly sharing - of both make-up and boy stories, whilst perhaps the best known cast member (Michelle Collins) plays Marion a chain-smoking, similarly lonely and eager to help older neighbour from downstairs.

When Colin (Nigel Boyle) finally arrives, we are ready for a showdown, or at least some explanations. In reality we get a little of each - which whilst not wholly satisfying, is entirely in keeping with the slightly Beckett-esque writing style and the emotional restraint which Peta has kept coiled for the duration of the play. It’s not a grandiose plot line, but it gives each actor a part to sink their teeth into - which they do with relish.

Charlotte Peters’ direction is thoughtfully plotted for a space where the audience envelopes the performers on three sides, and Georgia de Grey’s scruffy set (with shower curtained bathroom) delivers the appropriate grubby essence of bedsit-land. 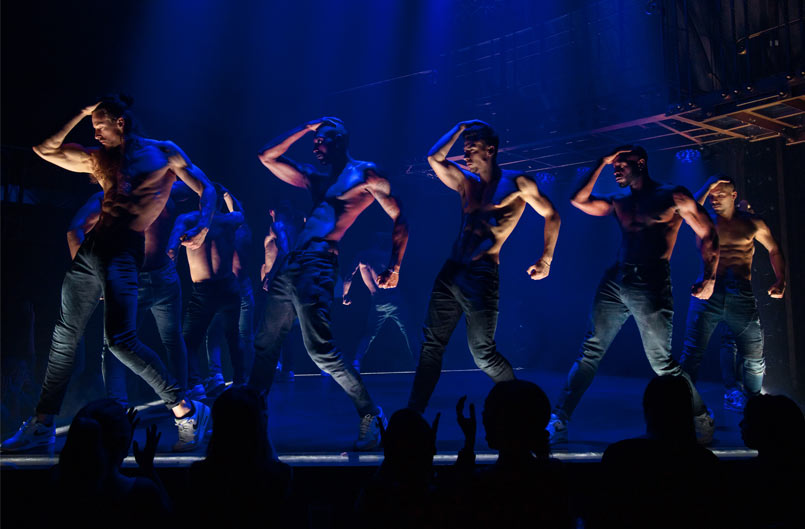 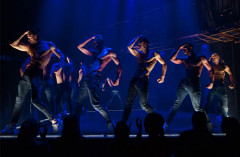 Arriving at the specially refurbished theatre space at London's Hippodrome Casino, I was greeted by an enthusiastic young man eager to know if I was excited for what I was about to experience. My honest answer was ...I wasn’t sure.