Jack Absolute Flies Again is a proper, old-fashioned farce. It’s silly, slapstick, and the jokes shoot at you as fast as if they’re being dropped from a Hurricane bomber. 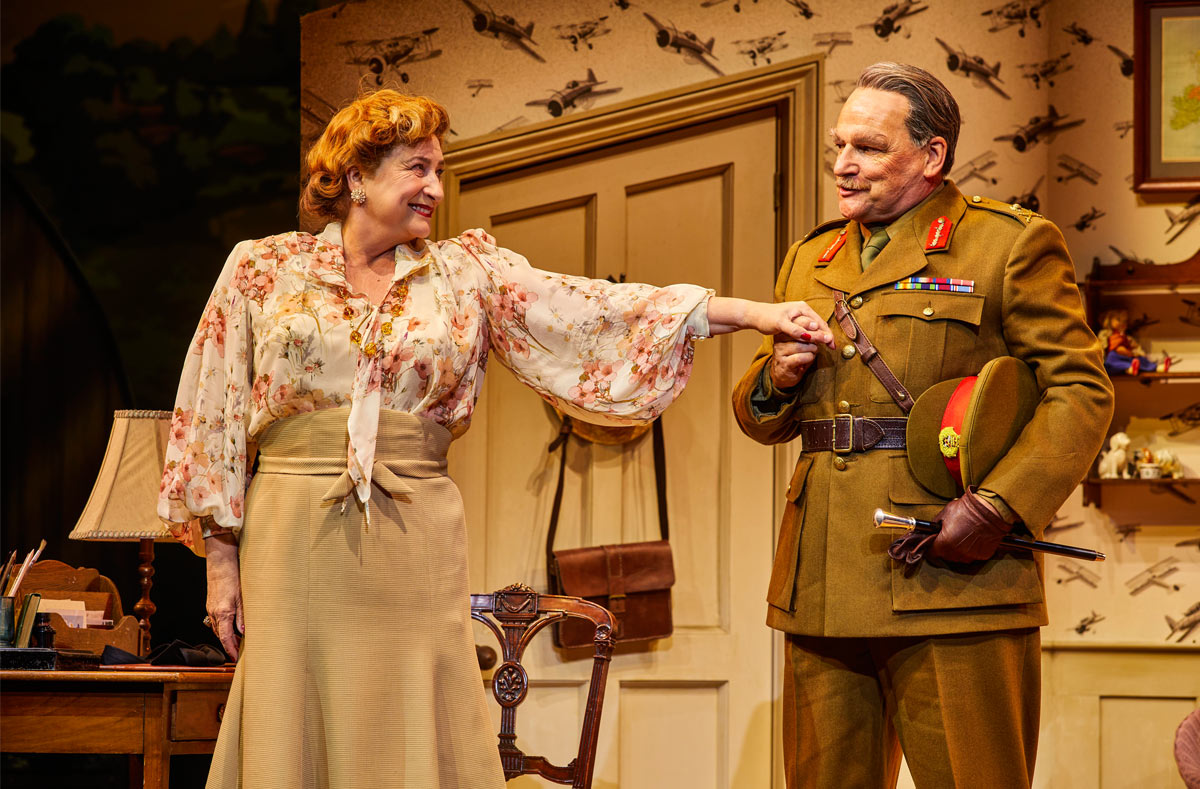 Seriously, the gag rate in this show is relentless. Most of them are funny, too, although after two and a half hours you might find yourself weary of innuendo. Richard Bean and Oliver Chris’ comedy romp is set in the Sussex countryside in 1940, and its characters are all involved in the Battle of Britain. The titular Jack is an RAF pilot, trying to win the heart of heiress Lydia Languish, an enthusiastic socialist…if only she knew what that actually means. This lampooning of the classism and obliviousness of the posh characters are some of the most amusing parts of the show. Lydia’s maid, Lucy, begins her first scene by huffing at the audience that they probably expect her, as the servant, to exist only as a plot device. Fourth-wall breaks like this are another highlight of Jack Absolute Flies Again.

Laurie Davidson and Natalie Simpson are brilliantly funny as Jack and Lydia, and Kerry Howard as Lucy is the standout performance. Lucy connives and complains at her employers, and relishes in showing off theatre magic to the audience. TV favourite Caroline Quentin plays Mrs Malaprop, a woman who can’t get through a sentence without hilariously muddling up her words. She also demonstrates an eye-popping display of acrobatic flexibility in the second act. The entire cast chew the furniture to shreds, and in Jack Absolute that’s precisely what’s required. The story contains the favourite farce tropes of disguises, quick-changes, letters delivered to the wrong people, pies in faces, and characters falling rapidly in and out in love with each other. Oh, and a swarm of bees. It all descends into chaos and lively set-pieces.

Jack Absolute Flies Again is based on Richard Brinsley Sheridan’s 16th-century play, The Rivals. Bean previously updated another work from that era, A Servant of Two Masters, into the blockbuster One Man Two Guvnors. There’s a similarity between Jack Absolute Flies Again and One Man Two Guv’nors, though Jack Absolute is far more of an ensemble piece. There’s a gaggle of supporting characters, from Akshay Sharan as a Sikh pilot with a sideline in plagiarising poetry, to Helena Wilson as Lydia’s melodramatic best friend. They’re all wrapped up in a bundle of romances and rivalries, each as delightfully daft as each other. The intrusion of the Battle of Britain is therefore tonally jarring, and it doesn’t help that the aerial dogfights aren’t well-realised onstage. While director Emily Burns and her creative team have interesting ideas about how to stage this part of the story, the result is bamboozling and unclear. Burns redeems herself with a random, joyful dance number in the mddle of Act 2 when, in the midst of the facial to-ing and fro-ing, there’s a segue into a group jitterbug. It’s probably only included because one-time Strictly-winner Kelvin Fletcher is in the cast (playing man-of-few-words mechanic Dudley Scunthorpe), but that doesn’t matter when it’s such an unexpected and entertaining interlude.

This flawed, funny, fast-paced farce will run at the National Theatre throughout the Summer, and is absolutely sure to be a success. 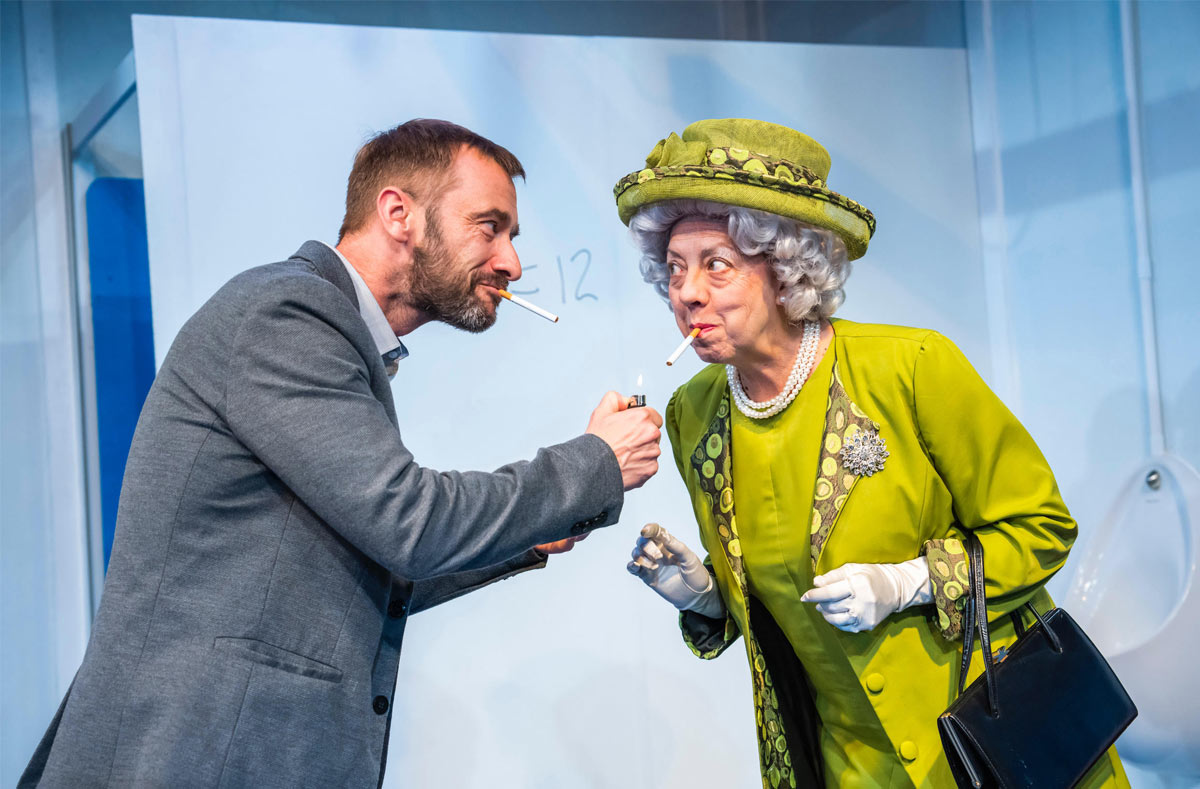 Billed as a majestic new comedy, John Goldsmith’s The Throne is set at a comprehensive school where the occupants eagerly await a visit by Her Majesty the Queen, during her 2002 Golden Jubilee tour of the nation.

Charlie Condou and Mary Roscoe in The Throne at the Charing Cross Theatre. Photo: Tristram Kenton