Review: MEASURE FOR MEASURE at the Barbican Theatre

Measure for Measure is a messy play, and famously one of Shakespeare’s most controversial, a fact writ large on the RSC’s production playing at the Barbican until January. 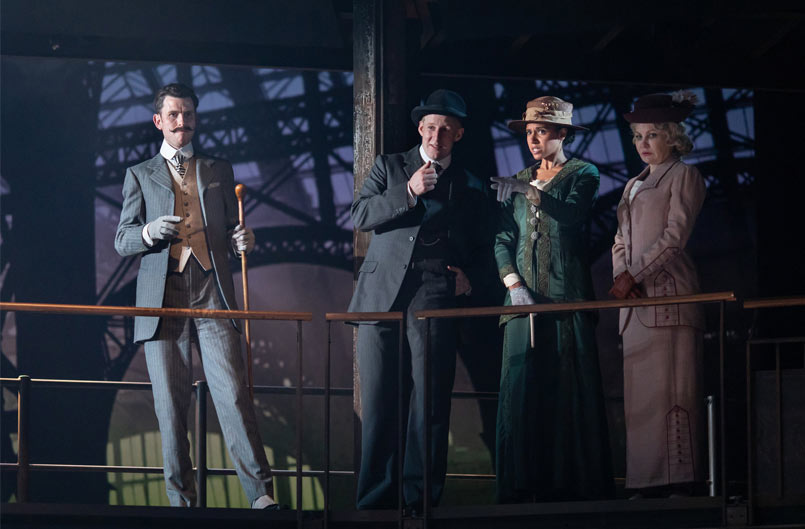 When the Duke of Vienna leaves his deputy, Angelo, in charge, he begins a purge of the more unsavoury elements of the city. which begins with the lecher Claudio, who is sentenced to death. It’s up to Isabella, Claudio’s sister, to plead her brother’s case, but she has a problem - Angelo desires her intensely and won’t exonerate Claudio unless she gives in to him. Meanwhile the Duke, unbeknownst to all, is still in the picture, observing the city in his absence. Will he manage to restore the status quo in the state before Claudio is executed?

It’s one which has very different resonances today from what it would when first performed, like many Shakespeares (looking at you, Merchant of Venice). A contemporary audience might perhaps have seen Angelo’s desire for Isabella as a comic plot line, or an unfortunate circumstance, rather than, y’know, unimaginably creepy. They might also have understood the extremely rapid tying up of marital knots by the Duke at the play’s denouement (spoiler alert) as necessary to the demands of comic plot; rather than, again, extremely disconcerting.

Gregory Doran’s production for the RSC steers into these difficulties, while never producing anything majorly radical or groundbreaking in our understanding of the play. Certainly it doesn’t try to paper over how unsettling elements of the action are. It does what it does very well. Nothing revolutionary in the staging here: characters stand, and speak, and move, and speak. It’s nowhere near as radical in conception as the season’s earlier gender-swapped Taming of the Shrew, say. Every word is spoken to be heard and understood in the fashion one expects when going to an RSC production. At times, it feels as if this really helps the piece deepen to a really resonant place, from which the poetry of the text can resonate. At others, unless the audience members' attention is razor-sharp, it’s difficult not to wander a little: it can all start to get a bit samey. The second half is more engaging than the first, though, with some killer extended scene transitions oddly absent from the first act, and an excellent last scene.

Measure for Measure is performed by a rep company who will star in all the RSC’s season at the Barbican, and the ensemble cast (who presumably have several other parts lined up within the season) hold it together excellently. Antony Byrne shines as the demented Duke; at times we believe he genuinely wants to help the characters onstage, at others his abusive behaviour towards vulnerable characters exudes nothing short of menace. The other standout is Joseph Arkley as Lucio, whose suave, dandyish persona is a great match for the text; it’s a now-you-can’t-imagine-it-any-other-way type of characterisation.

The one element that may have suffered for the rep structure is Stephen Brimson Lewis’ design; with its huge backdrops projected motionless on the rear wall, it’s more effective at some times than others.

Treading a middle way that will appeal to traditionalists whilst also satisfying progressives in a post-Me Too era, the RSC’s production is sure to appeal to many. 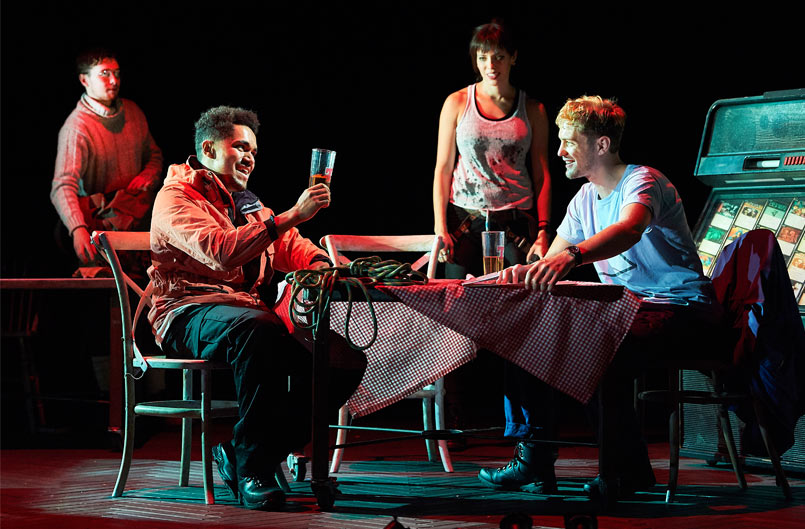 Review: TOUCHING THE VOID at The Duke Of York’s Theatre

The book was a best seller. The film was a surprising hit. Why does the stage adaptation seem totally redundant and unnecessary?

There is no doubt that reading Joe Simpson’s account of his four days of a “life and death” ordeal, being injured and trapped in the Peruvian Andes all by himself can be very engrossing and thrilling.