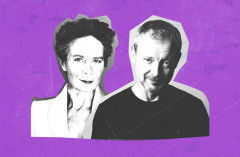 Where is Jimmy? Says one of the actors. Yes, I think to myself: where is Jimmy? Or better yet, who is Jimmy? Suddenly, I realize the play started 20 minutes ago, and I still have no clue what is really going on. I decide to disentangle the play by it by going step by step, from beginning.

Party Time is a one act act play written and directed by Harold Pinter in 1991. The title itself gives quite a bit away. This season Jamie Lloyd company brings us 10 one-act plays.

As the curtain goes up at the pace of a loud synthesized musical piece La Follia, 8 actors are sitting on robust chairs facing us in a line. All of them wearing smart black cocktail clothes that almost melt with the almost bare set. Holding a wine glass at different heights so it creates a wave across the stage.

Following such a magnetic image, the casual small talk begins. It is apparent that these characters belongs to London's high society. Fifty percent of the conversation is about how amazing a certain Tennis Club is!

The use of repetition, the long pauses and the fast paced dialogues constantly remind me that I am watching Pinter. Instead of relaxing and letting the play sink in, the dialogue being a jigsaw puzzle that I am trying to solve.

The suffocating and conservative repression of this group flares up when a wife asks where his brother is, and is brutally silenced by her husband. Where is Jimmy? Suddenly I realize the play makes much more sense now that I'm writing the review. As if the absurdity of these characters and the fake style delivery of the text has left traces of sense inside me.

Celebration, the second play to appear is set in a very expensive restaurant in London, where 3 flamboyant couples bring to life the meaning of nouveau riche. All of them succeeding in portraying shallow human beings with a very insubstantial sense of love and respect towards others. This boisterous, rude and carefree characters unlock Pinter's language, making it really witty and authentic.

Somehow it really makes much more sense to me, as a Spaniard, in a London accent. Nevertheless, in case I was actually starting to feel the play was settling on me, the waiters' existentialist interjections gave that touch, that je ne sais quoi of incomprehension and inaccessibility.

The absolute contrast between both plays made the whole evening really dynamic showing two different ends of the universal flaws and desires of our human nature. 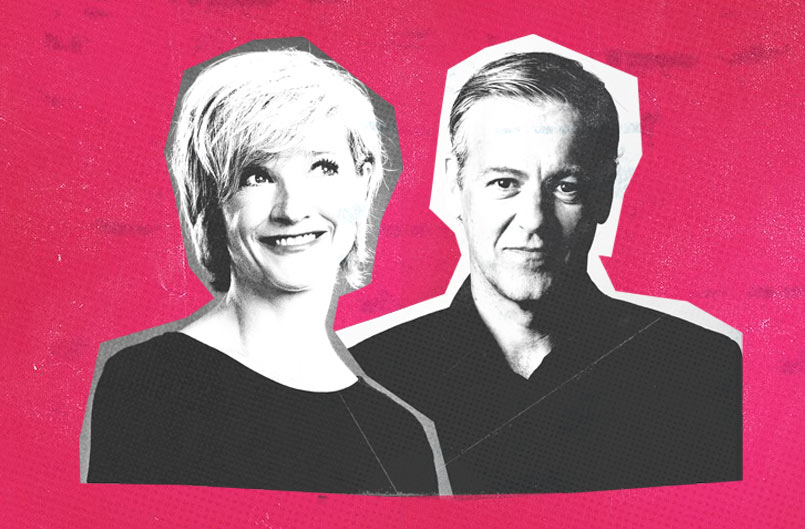 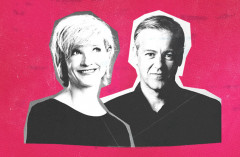