Review: RUN IT BACK at the Hackney Showrooms 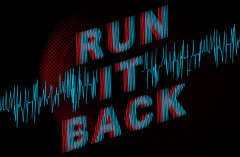 Talawa Theatre - the UK’s primary Black led touring theatre company - ’calls the ravers in’ with its latest performance Run it Back. It is introduced with an astounding spoken word piece by the formidable Jasmine L Jones - she speaks about her love of a woman called poetry as she intricately interweaves what we know to be classical poetry with hip hop classics spanning decades. The woman she loves cannot be defined by rules, she is everything from John Donne to Kurtis Blow.

What followed was a stunning slow start to what would be a very intense ride. The show - directed by Coral Messam and written by Ashlee E L Roberts and Dzifa Gazo - is comprised of ten emerging performers and devisers, who each individually have charm and boatloads of talent. Set in a disused warehouse - strung up with cautionary signs and police tape - performers Esmonde Edgar Cole and Buky Victoria Esan enter quietly and calmly, tearing police tape as our anticipation grows. Unexpectedly, the garage door lifts and a Dj enters in on a rig of scaffolding, carrying the other performers in a moment reminiscent of Mercutio’s entrance to the ball in Baz Luhrmann’s Romeo and Juilet. The brilliant Dj Conrad Kira booms out music ranging from grime, to Afro-beats to Reggae which this sets the scene for what comes; some beautifully organised chaos.

Messam’s direction mixed with a delicious soundtrack imitates the club environment perfectly, with the dull low beats combined grinding sweaty bodies - you really do feel like a fly on the wall. The performance does not have any linear storyline, but in between moments of incredibly intense and skilful dancing, each performer takes a moment to express what the club environment means as a young black person in Britain.

They explore politics between men and women - putting a spotlight on how black women are disrespected through degrading lyrics, violent grinding, and also through one particularly heart-wrenching moment when a wig is stolen in a club - to ridicule a female.

In one section, they underline the difficulties with how you view your own race and the perception of race of others around you - showing how mixed raced individuals can feel like they don’t understand where they fit in - simultanouesly being shunned by white and black communities.

There are moments of sheer hilarity, interspersed with moments that truly make your heart ache. Each performer is stunning to watch - and what they have created is a truly immersive show embodying the rave culture scene whilst also putting the Black British experience centre stage - I implore you to see this show as soon as you can. 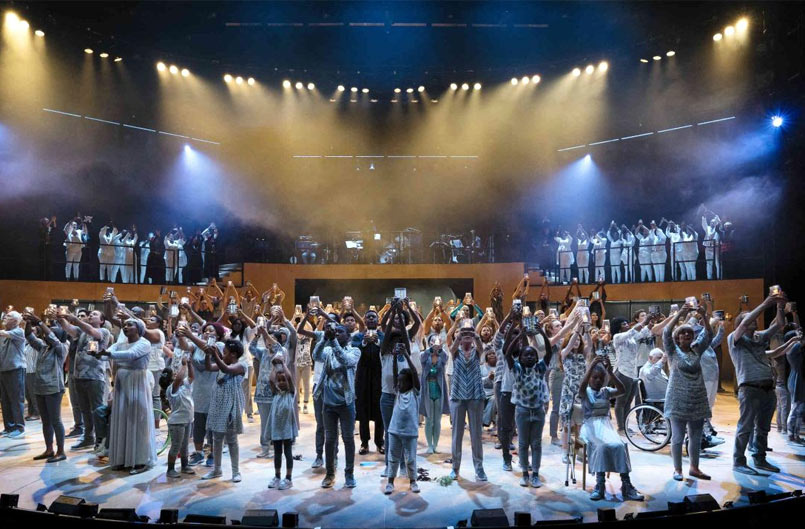 Review: PERICLES at The National Theatre 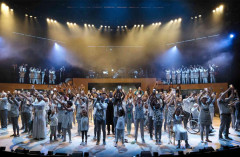 I’m not really sure how to express all of those things that I felt during the National Theatre’s first PUBLIC ACTS (a community theatre programme) project, PERICLES. I cried a lot, I laughed a lot, I felt joyful and I also felt relieved because PERICLES made me realise that not all is lost and bleak, that theatre still holds the power to change lives and allow for thousands of people to share something special together.