Review: RUTHERFORD AND SON at the National Theatre 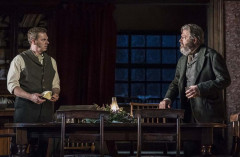 I must confess to feeling seriously conflicted by the National Theatre under the current Artistic Directorship of Rufus Norris. I’m a political animal and it’s been a thrill to find artists from underrepresented groups fast tracked on to its high profile stages, even if they’re not quite ready. But there’s another part of me that just wants to see great actors of any background in beautifully presented great plays, as you could when I first came to London.

This production is very much in the latter camp. A great play doesn’t need to be a 19th century slice of life in which characters experience the dilemmas the playwright wishes to explore - but this one is.

In 1912 Githa Sowerby achieved a rare success for women of the time with the first production of her play RUTHERFORD AND SON was regarded as a hit. It’s been revived every now and then ever since as it has some delicious inter-generational conflict and the chance for a leading actor to give a star turn as the domineering father and glass manufacturer, Rutherford.

It’s all set in one room, the oppressive living area of a grim house in the north of England. This production helps us spot this by having a little choir repeat the location in a pre-show chorale, and at the start of the second act they repeatedly sing the word “grim”. As you enter the theatre you can already see the gloomy room, in which the action is set, on stage with a curtain of falling rain in front of it.

This is the home of Mr Rutherford, his forbidding older sister and his unmarried daughter, who’s well past the age when she might expect a proposal. He has two ineffectual sons; one has returned with an invention, a baby son and a working class wife (whom Mr R chooses to ignore) and the other is a weedy vicar. A hunky factory worker often visits and we get the impression that he’s the kind of son the patriarch would have preferred.

He rules his children and business strictly and the drama of the play predictably happens when they all rebel in various ways and are cruelly punished. But will they escape their stifling home and father?

One of our greatest actors, Roger Allan, plays the dad like a prowling grizzly bear but seizes plenty of opportunities to show us the insecurity that fuels the monster. My favourite scenes were the ones in which the women stand up to him especially Barbara Martin as his bitter daughter desperate to grasp a chance of happiness. Sally Rogerson also has one great scene as a drunken mother, sticking up for a son who’s been fired.

It feels a tad stogy in the first half as the play establishes who’s-who and whats-what, however once the confrontations start the whole thing zings.

This is one of those productions where the writing, acting, design and direction is as good as you’d expect from a National Theatre. 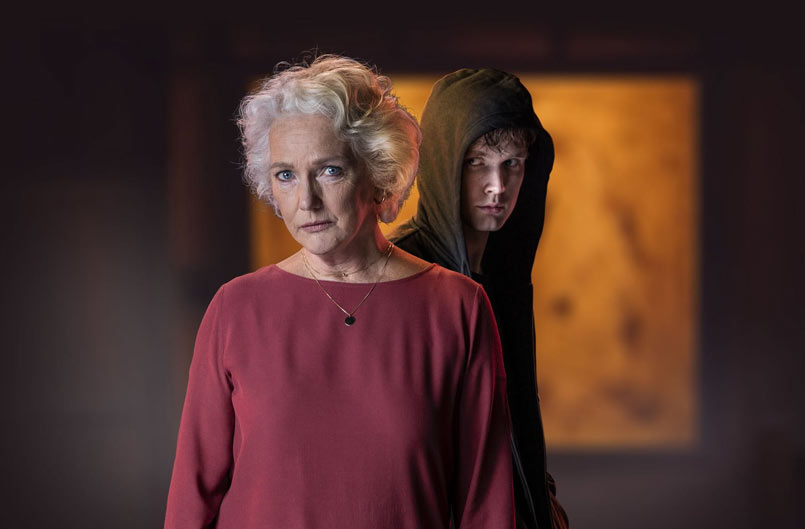 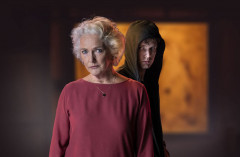 Brutality at its finest… and most intimate – a story of acceptance steeped in tragedy, and a masterclass in acting by Louise Jameson.