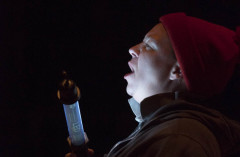 Set in a female prison, Phyllida Lloyd’s all female production of Shakespeare’s tragedies have been shaking up the theatrical world since 2012. THE TEMPEST is the most recent addition to Donmar’s collection of the all female Shakespeares, together with JULIUS CEASAR and HENRY IV it forms SHAKESPEARE TRILOGY. The productions arenow playing at King’s Cross Theatre, which has partnered with Donmar Warehouse to present this trailblazing and unmissable project.

The simplistic and bleak setting of an all-round stage, met with cold light and authoritative prison guards who escort the audience from the foyer to the theatre; is a perfect and somehow unnerving way of setting the ambience of the piece.

SHAKESPEARE TRILOGY has been developed with the help of Clean Break, a theatre company that works with women in the criminal justice system. Not only is the work and research very present in all of the three plays, there is also another layer of realism, as each of the twelve actresses have selected a real life prison character that would suit the depiction and themes of the characters they were portraying. In the case of Dame Harriet Walter, who takes the roles of Brutus, Henry IV and Prospero it is Judy Clark, a US political prisoner who has been sentenced to 75 years for participating in a bank robbery back in 1981.

Harriet Walter delivers stellar and breath-taking performances throughout. Her Brutus is a worn out character that seems to struggle with the heavy weight of politics and the brutality that it involves. As Henry IV she commands the stage with her physicality and voice, which creates a mesmerising contrast to the inner struggle and anxiety that Henry battles. Then there is Walter’s heart-breaking take on Prospero as she concentrates on exploring her character’s limits and the confinement of the prison bars.

Walter is joined on stage by a cast of incredible and bold actresses. A star is born as Jade Anouka captivates the audience throughout the day with her interpretations of Mark Anthony, Hotspur and Ariel. The famous “My liege, I did deny no prisoners” soliloquy from HENRY IV is given guts and justice as she almost raps it in a strong urban accent completely in charge of the verse and its melody. Sophie Stanton provides comic relief of the highest calibre as both Caliban and Falstaff and we get to hear Shakespeare in Spanish as Carolina Valdés takes on the role of Northumberland.

A play within a play, the female convicts are often interrupted by the guards or their everyday chores (or by Falstaff mischievously entering the wrong scene) reminding us of the naturalistic setting of the piece, after all we are in a women’s prison where the inmates are only acting out Shakespeare’s plays. This not only adds another dimension to the productions but also reminds us of theatre’s socio-political role. The presence of live music and singing, beautiful movement work and the use of live sound effects compliment the SHAKESPEARE TRILOGY making it an imaginative and exceptional work.

Phyllida Lloyd’s SHAKESPEARE TRILOGY is an artistic triumph. As a director she is not afraid of doing to Shakespeare what everyone else is so scared of doing; giving it back to the people and reminding us all that the Bard’s words are only as powerful as we make them. SHAKESPEARE TRILOGY is living proof that diversity is what theatre needs. A dream come true for any feminist as the message behind this project is a big wake up call for those involved in castings and making theatre; women are all different and they all deserve to be heard. One can only hope that the popularity of experimental creators such as van Hove or an increase in the amount of gender blind castings might signify an up and coming revolution in British theatre. If anything the massive commercial success of Donmar’s trilogy should inspire a change of perspective. 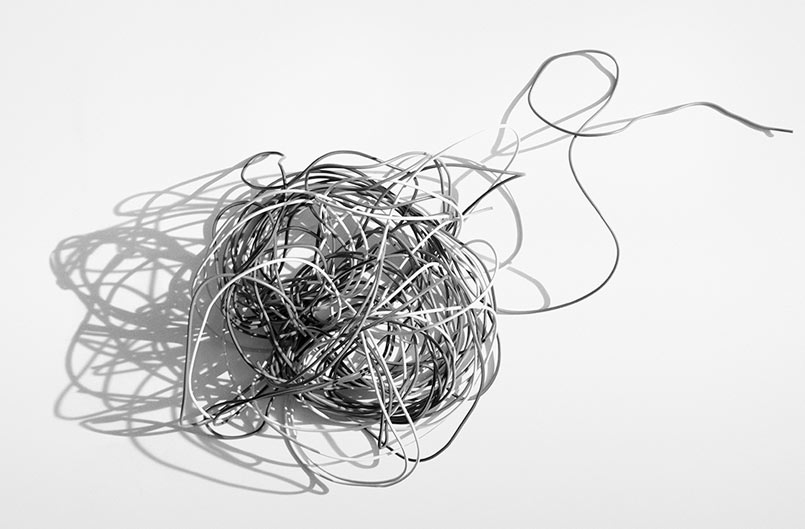 Review: THE SEWING GROUP at the Royal Court 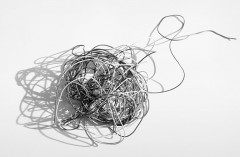 Gripping for its entirety, lingering in your thoughts for days after and doing a fine job of lulling the audience into thinking it is something that a plot twist brilliantly reveals it is not. Great show.

There’s a cracking twist in the Royal Court’s SEWING GROUP by E.V. Crow and it's important to not go anywhere near revealing it, but what can be said is that Crow shines an uncomfortably bright light upon the impact the digital age has had upon the development of humans.