Review: A SPOONFUL OF SHERMAN at Zédel Brasserie 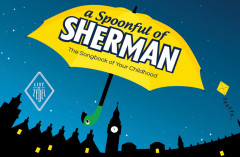 We all know the West End is stuffed with big and spectacular shows to enjoy but opposite the Piccadilly Theatre is a chic and bijou cabaret venue within the Zédel Braserie, where at present you can enjoy an exquisite entertainment that will delight anyone who's a fan of premiere league musical theatre performance and great song writing.

If you read my articles regularly you'll know I'm fascinated by the art of the songwriter. I first encountered the gifted composer-lyricist Robert J. Sherman whilst observing a composition class in NYC. He was a subject of some fascination amongst his fellow students because a. he could afford to commute from London and b. because his father and uncle were the celebrated song writing team, "the Sherman Brothers". During an illustrious Oscar and Grammy winning career they wrote the songs for a string of beloved movie musicals such as Mary Poppins, Jungle Book, Chitty-Chitty-Bang-Bang and Aristocats. I remember thinking "wow - that's a hell of a legacy for Sherman junior to live up to!"

I've got to know him a little over the last few months and discover his song-writing pedigree is even richer than that. His grandfather was the celebrated Tin-Pan Alley songsmith Al Sherman and his great grandfather was court composer to the Prussian Royal Family!

Now as the youngest member of this dynasty he has drawn together highlights from his immediate ancestors catalogue and some of his own material and shaped it into an enchanting cabaret.

Sherman Brother's material, once described as "the song book of childhood" is so ubiquitous that it's easy to take for granted the craft behind it. This show allows you to listen carefully to the artistry in numbers like Feed the Birds or A Spoonful of Sugar from Mary Poppins, simply presented by phenomenal performers with just a piano accompaniment. Other songs you'll be treated to include, I Wanna Be Like You, Ugly Bug Ball, Hushabye Mountain and a lovely number from a later piece, Tom Sawyer, that I hadn't hear before.

Sherman himself has a charming and unassuming stage persona and when he's joined by the glossily accomplished trio of Helena Blackman, Daniel Boys, and singer/accompanist Christopher Hamilton the four have an enjoyably quirky chemistry on stage.

Helena Blackman has a soaring gorgeous voice and is adept at conveying every nuance of a lyric. Aspiring musical theatre performers really should study her technique and Daniel Boys combines a rich and sumptuous vocal range with a delightful playfulness. I thoroughly recommend his terrific album of new musical writing available on iTunes and constantly in the playlist of my phone.

There's no bad news about this uncomplicated but highly effective 90 minutes of delicious words and music. I feared an evening of childhood nursery nostalgia might be too saccharine, and it's true there's very little darkness or edge to this material, but in fact I left with a sugar rush that lasted for hours afterwards. 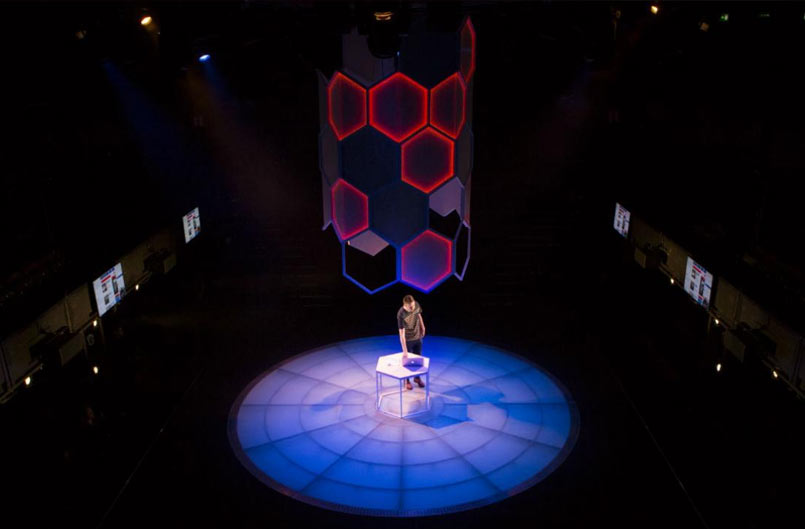 Review: THE MAJORITY at the National Theatre 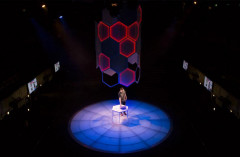 The Majority is a provocative one man show originally produced at the Arches Theatre in Glasgow. Writer performer Rob Drummond was approached to create a piece on the Scottish Independence referendum. As a pessimist he was disinterested in politics and struggled to find a human interest angle until he met a man who was selling his vote on e-bay.