The quintessentially dilapidated historical charm that is Wilton’s Music Hall in East London, plays host to Rachel Garnet’s widely acclaimed play Starcrossed in which she poaches Shakespeare’s supporting characters Mercutio and Tybalt (from Romeo and Juliet) as her male leads in a tale of their own secret and forbidden love. It premiered during NYC’s 2018 Fringe and subsequently reappeared for a short run in Washington DC in 2019. This marks its London debut. 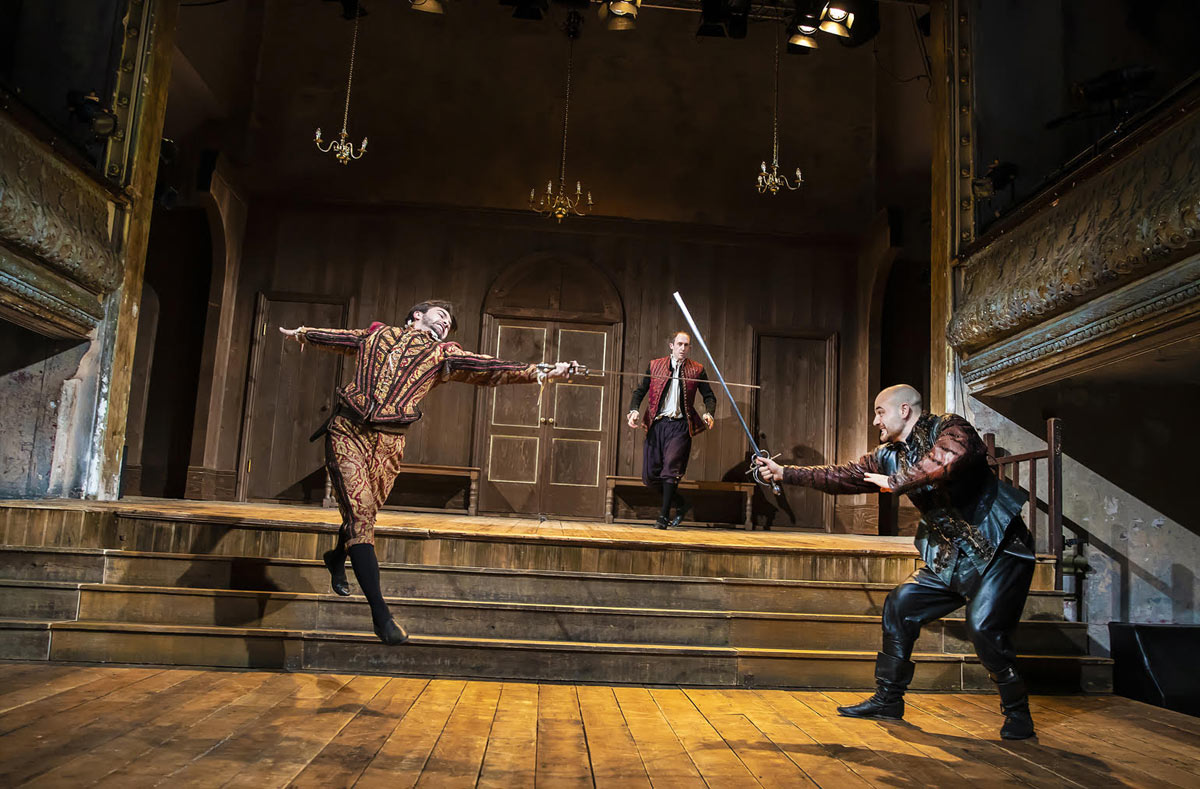 Given that the feisty pair are on opposing sides in the original 1597 battle of the Veronese houses (and that one kills the other in that play), it is perhaps a stretch to imagine that they could ever have been secret lovers, but let’s cast such cynical misgivings aside and assess whether Ms Garnet’s retelling, using Shakespeare’s verse style, stands as a flattering testimony to his original skills as well as her ability to adapt them.

In short, with just 3 actors and a largely bare stage, the small scale production is an absolute gem, relying on wit and beautiful wordplay to develop a romance which is at once awkward and stilted, but which is also revelatory and manages to assume a charming demureness. The three actors confidently inhabit the period comedy Connor Delves (as flippant Mercutio) and earnest sincerity (Tommy Sim’aan as pious and quick to temper Tybalt) alongside Gethin Alderman (gelling the play together as a host of supporting characters each with their own tone and manner). Under Philip Wilson’s confident physical direction the trio make the most of the pseudo-Elizabethan couplets, quick changes, sword fights and playful characterisations.

Wilton’s Music Hall may be located in a part of London which time appears to have forgotten, but this reviewer hopes that many will venture to its doors for this particular production. Its staging during Pride month is especially significant, when as the play confidently asserts, love in all its other forms down the ages has been written-out of history. It may be fiction, but it almost certainly parallels the experience of countless who have gone before and deserves a cheering audience just as it received on Press Night. 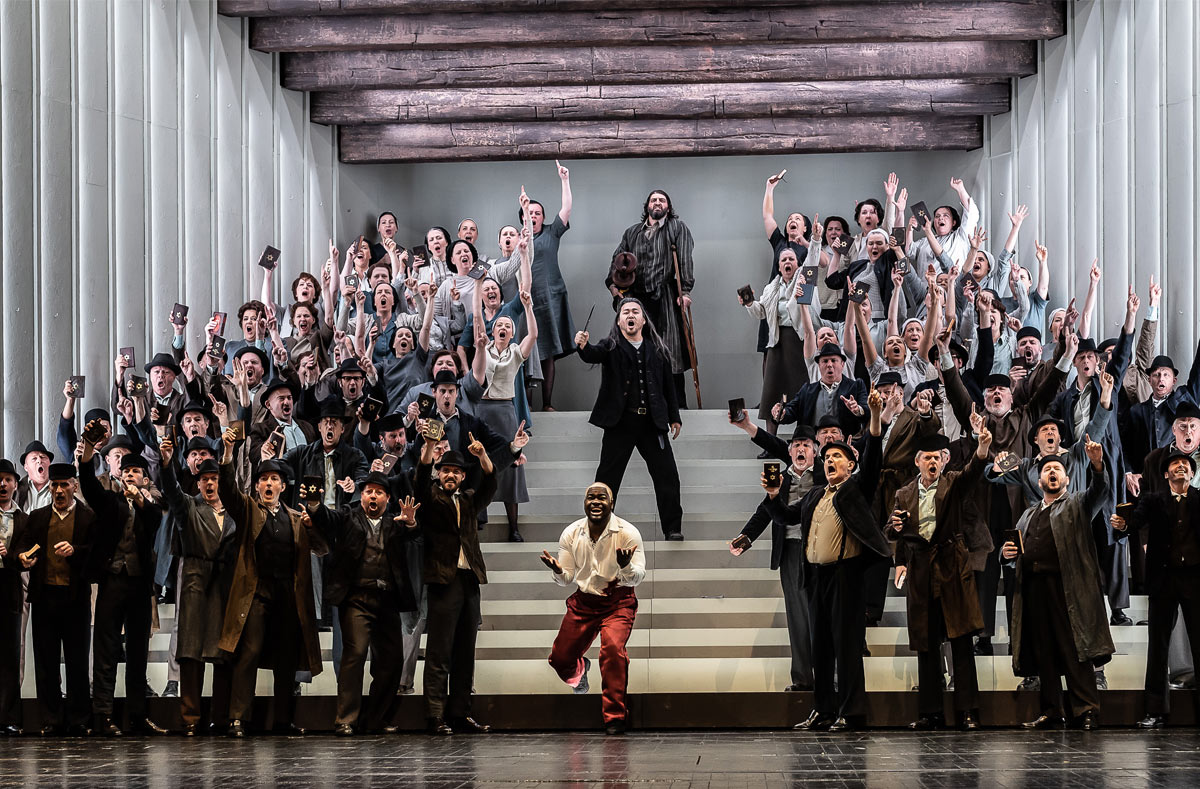 It could reasonably be asserted that Camille Saint-Saëns’ operatic treatment of the biblical Samson and Delilah story, received a decidedly cautious reception when its first sections were explored before an audience. Consequently, it was many years after work had begun, that a fully staged production was finally mounted at Weimar in 1877 — and only then with the vehement support and championing of Franz Liszt.