Review: STICK OR WIZARD at the Wandsworth Fringe 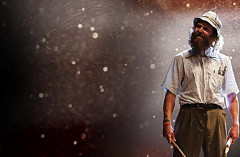 Stick Or Wizard is a nutty, collective adventure through the mind of Gaulier-trained clown Oli Weatherly. Owing in part to the practical difficulties of creating marketing copy for a show before one has a show, the title is (spoilers) something of a misnomer.

There is, in fact, no stick. We will have to wait for the deleted scenes on the DVD release to glimpse what might have been had Mr Stick made the final cut.  Fortunately, there’s plenty of fun to be had with the Wizard, a delightful chap whose defining characteristic is his childish delight in his own wizardship. We are invited to play a series of absurd ‘wizarding’ games with this colourful character: to discover the curiosities hidden in the Wizard’s Drawers, step behind the Wizard’s Curtain, etc. There’s no story per se, but I can’t fault it for that - it’s not that kind of show.

Oli Weatherly is a seriously accomplished clown: his ability to milk maximum comedy from small gestures and carry the laugh beyond the point where it subsides to the point where everybody starts laughing again. No show of this kind will be quite like any other. The prepared structure presents only a very rough skeleton: everything within that is dependent on how the audience responds. There’s something very exciting about being part of a show that’s allowed to go as far off-track as this one does at multiple points.

Of course, there is a flip side to giving the audience so much control. It is generally thought that a critic is supposed to review the show, not the audience, but in this instance an exception may be made. One of the perils of doing audience-participatory shows on the fringe is that the audience is often composed of people you know from the theatre world, or others in the same festival as you. What does one do when the audience members you invite up are all trained actors? Everyone you invite up has a dangerous potential to steal the show a bit, or try to be funny in the bad way, meaning you lose the wide-eyed effect you get with a total neophyte. And with one very notable exception, this show does suffer from this somewhat - I rather felt like I was watching audience members perform more than Weatherly. Perhaps a different way of selecting volunteers is in order. Or a drama school module in Pretending To Be An Audience Member. Must try harder.

However, Weatherly bounces off everyone who enters his space so well that we all have a good time regardless, meaning that everyone around him becomes at least to some extent a natural clown by a process of osmosis. And overall this is simple, terrific fun: in many ways the perfect show to intersperse with pints on a sunny afternoon at Putney Arches by the river, where Fragility have set up camp for the duration of the Wandsworth Fringe. If I were to attempt to reach for a deeper meaning within all this, it would be that Weatherly feeds off our hunger for real magic while at the same time suggesting that the only magic we have is each other and the spaces we create.  Stick or Wizard  is early in its lifespan and there is a certain vitality in its rough-and-readiness, as well as a general feeling that whatever he is doing, he could do more of it.

There should be more shows like this in the public eye that reach a wider audience. One show of this one is left that’s not sold out at the Wandsworth Fringe, on May 20th. 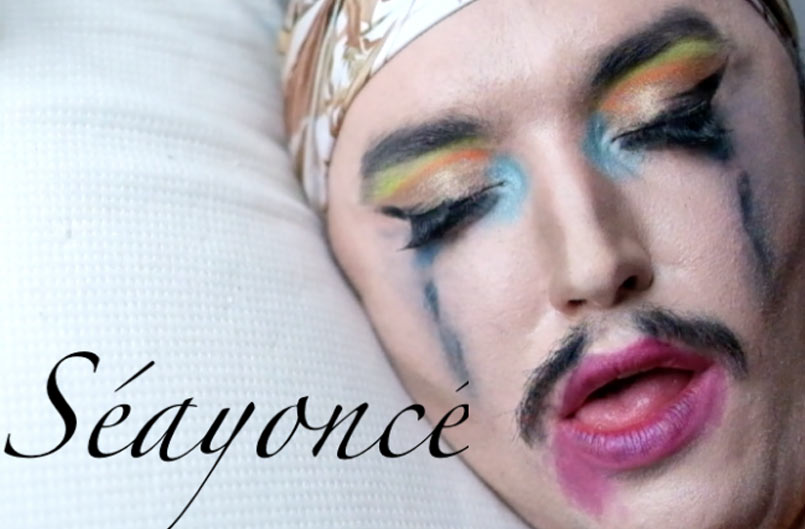 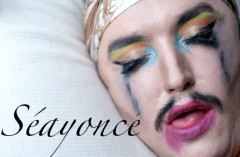 Hot Air Baboon productions presents the ‘baddest babe in the spirit world’ - Séayoncé a twisted and sassy show following the journeys of a confused and severely intoxicated mystic whose gender is entirely up for discussion. Séayoncé is a one-person comedy show performed by Daniel Wye, a charismatic and quick-witted performer with a real impeccable sense of comedic timing.