Review: UGLY LIES THE BONE at the National Theatre 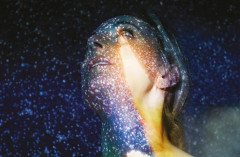 After her third tour in Afghanistan, where an explosion has left her with severe burns and scars across her body, Jess (Kate Fleetwood) has returned home to Florida. Home is somewhat different than she remembered; and in order to cope with her PTSD and delusions of combat, she undertakes a new kind of therapy. This therapy is virtual reality, where she is able to create her own idea of ‘paradise.’

This concept is based on actual research, started by psychologist Hunter Hoffman, who found that virtual reality scenes of snow can actually help burns victims relax and alleviate their pain.

Jess’s sister, Kacie, played by the effervescent Olivia Darnley, is striving for normality in a world that has been turned upside down. She has recently met a sickeningly optimistic new boyfriend, Kelvin (Kris Marshall), whom Jess is wary of.

Jess also reconnects with her now-married and now-unhappy ex-boyfriend Stevie (Ralf Little, who is a charming burst of energy onstage) who finds this whole situation overwhelming. Whilst all these characters are trying their best to help Jess re-integrate into her previous life, they all fail miserably through their cowardice or inability to cope.

Fleetwood’s movements are wholeheartedly uncomfortable to watch, but brilliantly executed. Jess is consistently asked to describe how much pain she is in by her therapist (voiced by Buffy Davis, who also plays Jess’s ailing mother) but she need not ask; it is evident throughout Fleetwood’s remarkable physicality. Es Devlin’s set is quite stunning, with the VR visuals posing across a spherical wall, creating a globed projected backdrop. This backdrop is used to display visuals of Jess’ town, visuals of the snow (VR) and is used cleverly to depict Jess' delusions of combat. Despite this, the set seems rather too big for this show. Indu Rubasingham’s production doesn't quite gel together; Ferrentino’s writing is small-town American comedy drama and the staggering size of the set and intense visuals swallow potentially interesting moments. The use of VR is an exciting concept, but it felt slightly jarring on this production. There is some lovely moments in Ugly Lies the Bone, first seen off-broadway in 2015, but at points the plot is stilted and thin.

There are many different avenues this production could go down; it could address the wider politics of American Troops in the Afghanistan or possibly the treatment of veterans when they return, or perhaps the re-building of a romantic relationship after war. Unfortunately, the play seems to half-heartedly go for all avenues and perhaps it would benefit from sticking to a primary motive. Overall, despite some strong performances and interesting visuals, Ugly Lies The Bone ultimately suffers a lack of character and story depth. 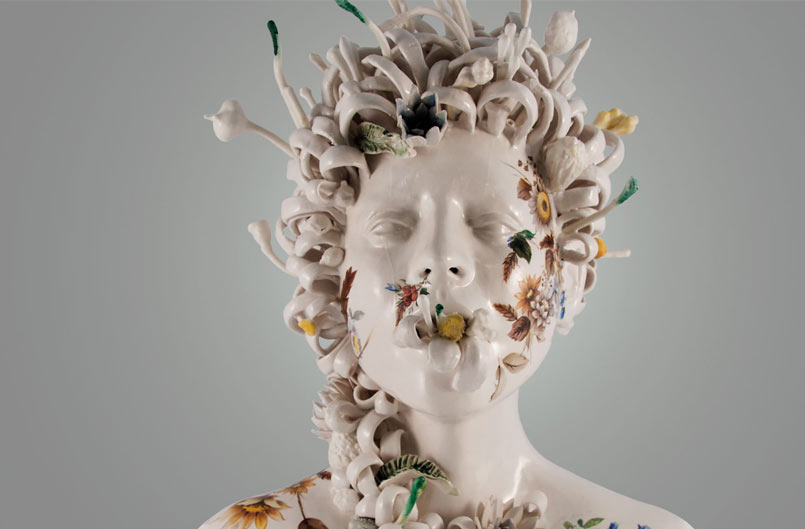 Review: THE WINTER'S TALE. E.N.O at the Coliseum 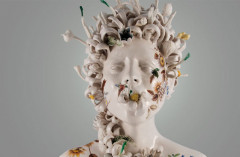 Someone must really like Ryan Wigglesworth at English National Opera (E.N.O) He's been appointed composer in residence at this major international opera house despite the fact that he's only ever composed a song cycle before.