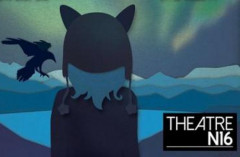 Tatty Hennessy’s adaptation of Hans Christian Andersen’s classictale THE SNOW QUEEN is Theatre N16’s alternative offering to the big commercial pantos. The production focuses on emphasizing the importance of the imagination and by doing so takes us on a journey of simplicity, joy and magic. Directed by Scott Ellis and Tatty Hennessy, THE SNOW QUEEN is a magnificent example of beautiful and unpretentious storytelling and is a must see for both adults and children.

Hennessy reimagines the famous children of Anderson’s story, Greta (Jessica Arden) and Kay (James Tobin) as siblings of the contemporary world. We are introduced to them during their visit to the box filled attic of their home, and it becomes apparent pretty quickly that it’s been a while since Kay and Greta enjoyed each other’s company. Kay has been rude to his sister and no matter how hard Greta tries to reconcile with him they always end up fighting. But things are not what they seem and with the introduction of The Narrator (Jessica Strawson) we soon learn about the cursed mirror and the Snow Queen. With the help of The Crow (again James Tobin) Greta takes off on an adventure to the North Pole to rescue her brother and face the Snow Queen herself.

There is something extremely refreshing about seeing a show designed for children that is not in any way patronising and both its content and concept seem to effortlessly rely on putting trust into the power of pure imagination. Greta and The Crow build a plane made of an old suitcase and some boxes, The Narrator changes into an old woman by simply putting a shawl around her head and at some point Greta takes to ice skating with a Bear made from a lamp shade. The Crow provides plenty of laughter, having both adults and children in stiches as Ellis and Hennessy make THE SNOW QUEEN a fast paced production full of effective and poignant choices.

One of the most admirable aspects of this production is that its writing draws attention to Greta being a young and intelligent girl that holds strong to her values and principles. As a performer Jessica Arden possesses an incredible stage charm and her youthfulness allows her to fully embody the strength and determination that only a child can possess. James Tobin’sportrayal of the infamous Kay allows the audience to interpret his “curse” in many ways but it is his creation of The Crow that had me completely enchanted in the world of this production. Tobin’s commitment to the puppet, his timing and listening skills are impeccable. The final member of the cast, Jessica Strawson (who not only plays The Narrator but takes on other various roles) seems as if she has just stepped out of Anderson’s book. There is a certain warmth and a motherly characteristic about her performance and the way she uses the language that only adds magic and a sense of timelessness to the production.

A definite must see for anyone who believes in the magic of theatre. 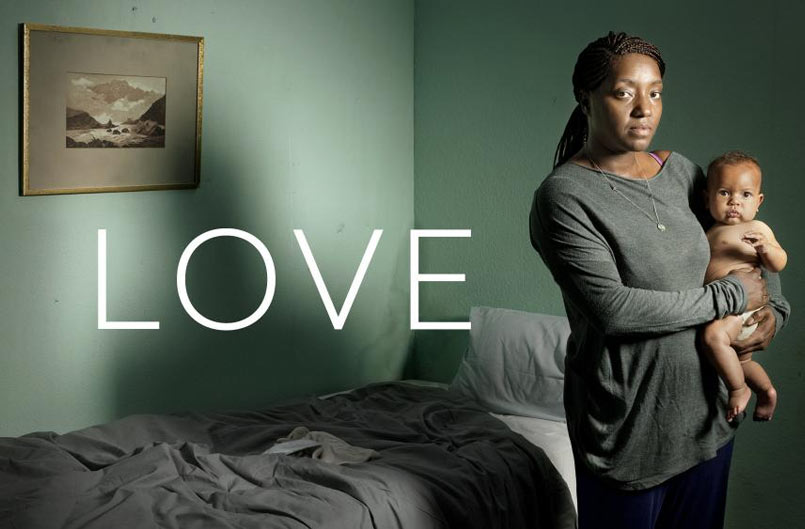 Review: LOVE at the National Theatre 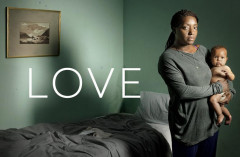 On stage at the National Theatre's smaller venue they have recreated with incredible artistry what it would be like to live in some ghastly holding facility whilst you wait for council accommodation this Christmas.

Under harsh neon lights we watch a family of 4, with another child on the way, who have been made homeless by a greedy landlord and are now experiencing life in a tiny room next door to an incontinent old lady and her psychologically fragile son. They all use the same cheerless communal kitchen area shared with other residents and this space is our central focus, with the bedrooms and the one toilet, used by everyone, leading off of it.