The musical first opened on Broadway in 2002, directed by Jack O’Brien and choreographed by Jerry Mitchell and was an instant hit with the audience. They repeat their winning formula here in London. It’s all based on the cult movie of the same name by John Waters who spins a satirical American fantasy centered on the belief that “everything is possible for everybody”.

The setting is 1962 when dancing, singing, TV shows and going steady were all that mattered to the young teenagers. With hindsight we now see the mood of optimism sat in an uneasy alliance with staggering discrimination.

All Tracy wants to do is to appear on TV. She and her friend, Penny Pingleton (Mari McGinlay) are obsessed by the TV dance show “The Corny Collins (Michael Vinsen) Show”. The star of the TV show is handsome Link Larkin (Jonny Amis). Link is the boyfriend of fellow dancer, Amber Von Tussle (Georgia Anderson) whose mother is the programmes producer. Black participants are allocated one segregated and fronted by Motormouth Maybelle (Marisha Wallace), who owns a record shop in the black area of Baltimore.

Tracy surprisingly wins a dance competition, becomes a TV sensation and she and Link fall in love. Naturally Amber and her mother set about to disrupt everything but as this is both a musical and an American fantasy every one dances their way to a happy ending and via a glorious grab bag of ‘50’s and ‘60’s pastiche songs by Marc Shaiman (Music and Lyrics) and Scott Wittman (Lyrics).

Michael Ball has a very large “dress” to fill, playing the drag role of Tracey’s mother, Edna, having to follow Broadway’s Harvey Fierstein, the movie’s John Travolta and Divine who originated the role in John Walter’s film. Ball’s approach to the broad comedy is to play it naturally and sympathetically and that means, in my books, he’s the best Edna of them all, making the period songs sound authentic and never descending into caricature.

Marisha Wallace almost steals the show with her wonderful rendition of the “Gospel” inspired song, I Know Where I’ve Been whilst Lizzie Bea, who plays the central role of Tracy and the rest of the cast, give high-pitched, energetic performances.

The final song, You Can’t Stop The Beat is the perfect song to send the audience dancing out into the night.

Indeed if the West End still has a heart beat you can hear it loud and clear with the return of Hairspray. 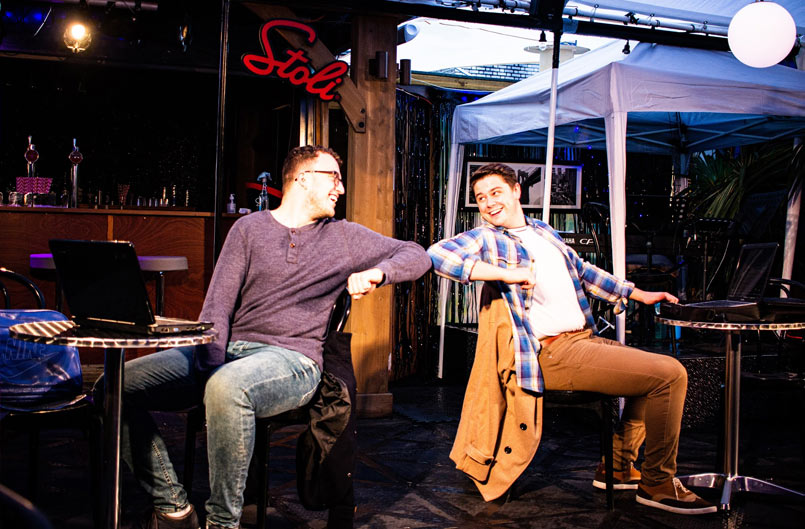 Review: NEXT THING YOU KNOW at The Garden Theatre 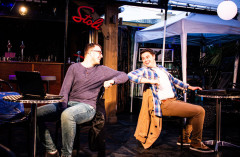 The latest production at this sweet little theatre, operating outdoors to lessen the risk of infection but with rain cover and heating, is NEXT THING YOU KNOW, a musical written by American writing duo Joshua Salzman and Ryan Cunningham.