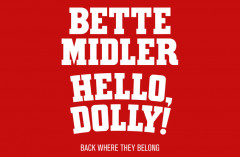 As soon as it was announced that veteran comedienne and movie star Bette Midler would be taking the title role in a revival bookings went crazy. Tickets are expensive and hard to come by but let, me tell you, whatever you need to pay and do to get a ticket will be worth it.

The atmosphere in the auditorium is closer to a religious revival meeting than a theatrical performance, such is the outpouring of joy at the prospect of seeing such a beloved star, perfectly cast in such a beloved show. The American audience go crazy as the overture starts, crazy when the title song is played, crazy when Midler first appears and they continue to raise the roof throughout, culminating in a nuclear power standing ovation when the lady descends the staircase of the Harmonia Gardens Restaurant, bedecked in a feathered head dress, the iconic moment of the show.

It's a slight piece with very little darkness, characters are usually motivated to sing because they're full of joy. The plot is wafer thin, in Yonkers a professional marriage broker, Dolly Levi, bullies a rich grumpy grocer, Horace Vandergelder into marrying her whilst simultaneously hitching his clerks, Cornelius and Barnaby, to two shop girls, Irene and Mini, and ensuring Horace's niece is allowed to marry a penniless artist.

Circumstances find everyone, unexpectedly penniless, in New York and trying to escape the bill at a fancy restaurant that Dolly used to frequent with her first husband. The management are so thrilled to see her again that they form a guard of honour and sing hello in that ubiquitous number that I now can't get out of my head. Other terrific songs by master show tune writer Jerry Herman include Put on Your Sunday Clothes, It Only Takes A Moment and Elegance all fronted by the gawky clerk Cornelius (a role I relish having played as a kid) Gavin Creel plays him on Broadway with all the charm and charisma one could wish for, his friend Barnaby as played by Taylor Trensch is a comic delight too although the girls are sometimes so feisty that they threaten to unbalance the gentle humour. The leading cast is completed by David Hyde Pearce (Niles in TVs Frasier) as Vandergelder. He's a little too slight physically to convince as the over bearing alpha male required but he brings all his polished comic timing to reinventing the role as a tetchy little weasel.

But what of Midler? Well, watching her is an extraordinary experience. She is so completely at home on stage and delivering the quick fire dialogue, rooted in traditional Jewish humour and the Vaudeville shtick of vintage performers like Sophie Tucker, that you sink back into your seat with the kind of pleasure one associates with arriving home after a long journey.

If, like me, you nurture, direct and watch actors 12 hours a day it's a joy to see a performer at the top of their game, completely in control of the audience, the material and their voice and physicality. At the age of 71 she commands the stage and every element of the role, singing, dancing and making us laugh, like a woman thirty years younger. She is a master craftsman at work, bringing all her decades of experience, performing everywhere from bath houses to stadiums, to making it look effortless, including the iconic and hilarious moment when she wolfs down an entire meal in front of our eyes.

Admirably the creative team don't try to soup up the piece with high-tech theatre wizardry. The musical hales from a simpler time of painted backdrops and stage hands pushing on spectacular lumps of scenery and that style of production is lovingly reproduced as is old-fashioned choreography in the cakewalk tradition.

I consider it a privilege to have reviewed it for you, not everyone can get to NYC, but I hope I've conveyed enough of the magic that you'll cross the pond to see this if you possibly can. 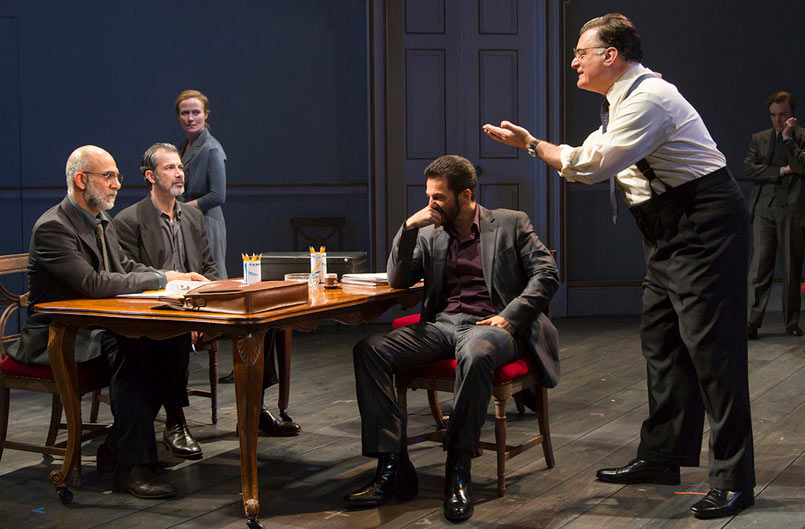 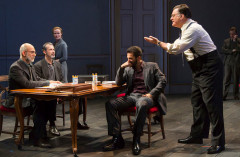