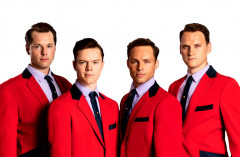 Anyone who was around in the 1970s and in love at the time remembers this tune. It's the classic Franki Valli and the Four Seasons love song, My Eyes Adored You, and we have a treat for you in the shape of the boys singing the song accompanied by the Musical Director, Katy Richardson. Ben Joyce plays Frankie Valli, Adam Bailey plays Bob Gaudio, Karl James Wilson is Nick Massi and Benjamin Yates plays Tommy De Vito, and here they are performing My Eyes Adored You in rehearsals.

The musical is due to open at the stunning new multi-million pound reinstated Trafalgar Theatre on 10th August, and the fun is previewing from 28th July. The show's written by Marshall Brickman & Rick Elice, with music by Bob Gaudio and lyrics by Bob Crewe. This awesome production is being staged by the original Broadway creative team, led by the Tony Award-winning team of director Des McAnuff and legendary choreographer Sergio Trujillo.

Here are some of the fantastic hit tunes you'll experience live on stage:

Book your Jersey Boys tickets online with us and grab the best seats thanks to our Trafalgar Theatre seating plan. We'll send your E-tickets to your email address – all you do is present them at the door on the day of the performance.

Dating back to 1930, this venue was converted into a television and radio studio during the 1990s before returning as a theatrical venue in 2004. Called the Trafalgar Studios, the name stuck until 2020. Now the Trafalgar Theatre has been reinstated and refurbished, and it's looking amazing. Past shows at the Trafalgar Theatre include On Blueberry Hill, A Taste of Honey, A Day in the Death of Joe Egg and Equus. 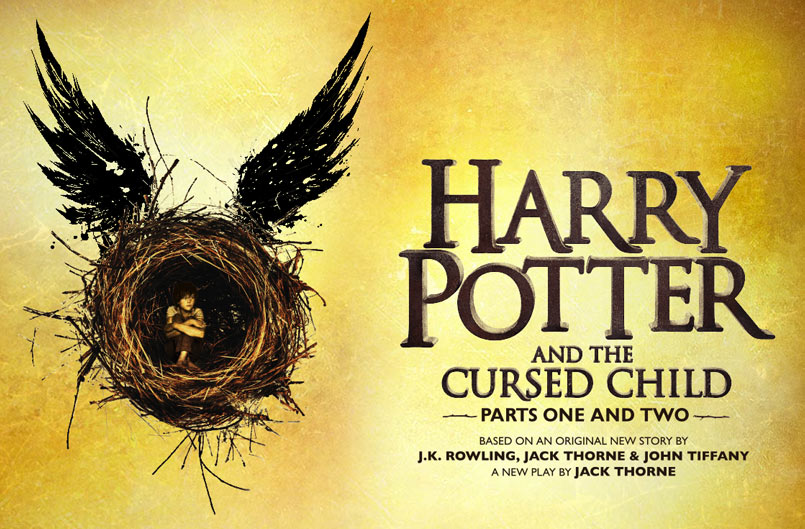 Harry Potter and the Cursed Child – Recommences from 14th October 2021 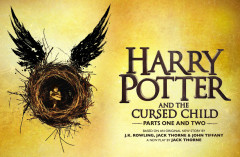 Kids of every age will be thrilled with the news that Harry Potter and The Cursed Child Parts One and Two is back on stage. The fun recommences 14th October 2021 at the Palace Theatre, and like all Harry Potter stories it's tipped to be hugely popular. A big, warm, magical welcome to the original award-winning production, on stage again at long last after more than a year and a half. Isn't that great news?