Hello Young Lovers! New cast members are announced for THE KING AND I at the London Palladium 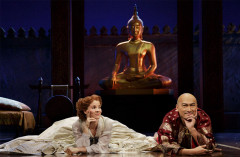 The buzz around the West End transfer of The Lincoln Center Theater’s production of THE KING AND I continues with the announcement of extra performances and new cast members.

The sub plot, unusually for musicals written in this period, isn’t comic. It concerns the forbidden love between two young members of the Siam Court. They face the full wrath of the King’s fury and face torture and death as they plan their escape. Along the way they sing one of the most beautiful duets in musical theatre – We Kiss in a Shadow. It’s haunting tune and the poignant lyrics resonate in any context in which lovers must keep their feelings hidden because of prejudice and persecution.

It sound like these roles will be in great hands. It’s been announced that Dean John-Wilson (who starred in the title role of Disney’s original West End production of Aladdin) and Na-Young Jeon (Fantine in Les Misérables in the West End and Gigi in Miss Saigon on world tour) will play the young lovers, Lun Tha and Tuptim.

They will join the previously announced American stars Kelli O’Hara as Anna, Ken Watanabe as The King and Ruthie Ann Miles as his chief wife, Lady Thiang.

Performances begin at the London Palladium on 21 June and producers have announced that due to demand for tickets the run will extend by three weeks until Saturday 29 September with five extra matinees on Thursdays (30 August, 6, 13, 20 and 27 September).  They tell us “This is the very last opportunity West End audiences will have to see the Broadway stars reprise their original roles on the London stage, as Kelli O’Hara will return to Broadway to star in Kiss Me Kate and Ken Watanabe has filming commitments”

Here’s the full biogs of the latest additions to the cast from the KING & I’s P.R. team.

Dean John-Wilson (LUN TA) played the title role in Aladdin at the Prince Edward Theatre and was a semi-finalist on Britain’s Got Talent in 2008.  His other theatre credits include:  Miss Atomic Bomb and Songs For a New World at The St James’ Theatre, Aquino in Here Lies Love at the National Theatre, Tim Rice’s From Here to Eternity at the Shaftesbury Theatre and Sister Act: The Musical UK Tour.

Netherlands born Na-Young Jeon (TUPTIM) played Gigi in the international tour of Miss Saigon and Fantine in Les Misérables in South Korea and in the West End.  Other theatre work includes Esmerelda in Notre Dame de Paris in South Korea and Bianca in Kiss Me Kate in Amsterdam.  On TV she played the lead in Conny and Clyde and Bo in Van Hier Tot Tokio and her films include The Calling and Hitomi. 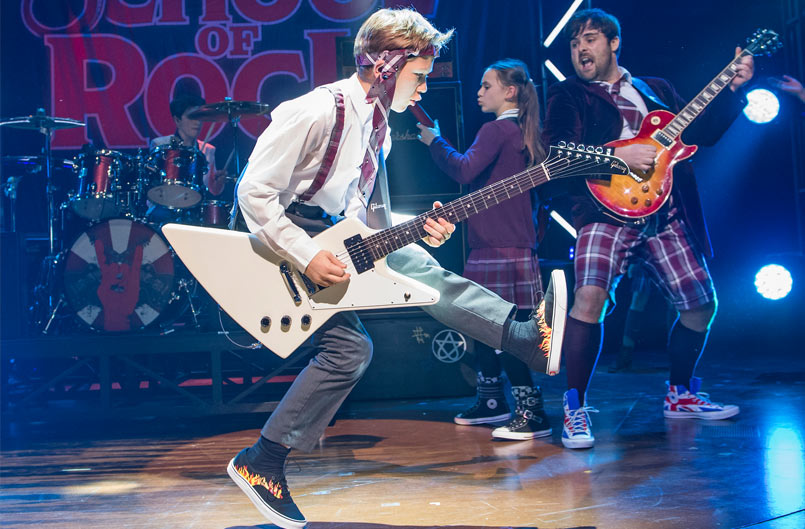 Could Your Kid Enrol in Lloyd Webber’s SCHOOL OF ROCK? 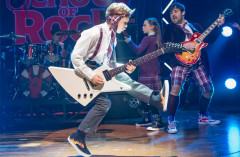 SCHOOL OF ROCK is one of those lovely shows that you can recommend to everyone, confident that they’ll have a great night out.