Directed by one of the most exciting UK directors Roy Alexander Weise, Natasha Gordon’s debut play NINE NIGHT is a fly on the wall piece of theatre; a beautiful and harrowing, yet full of lightness and humour production that examines grief, family relationships and immigration. 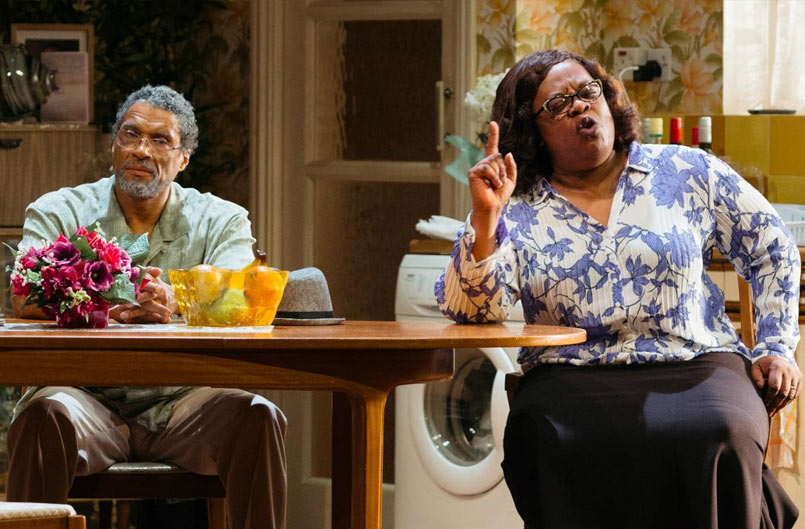 Gloria is dying. Cared for by her daughter Lorraine (Franc Ashman), she is dying far away from her motherland Jamaica. Visitors are in and out of the house and the tension is rising. Gloria’s death  results in Nine Night, a Caribbean funerary tradition which takes the form of a long lasting wake, and in this case a wake that brings back a lot of memories from the past and awakes conflict in the present.

This is an extraordinary debut from Gordon; her writing full of honesty and warmth lures the audiences from the very beginning of the play. Gordon possesses the ability to create relationships that are vivid, yet she never overstates or over-explains herself, or the protagonists of the play. The use of patois is unapologetic in its realness and finally the Dorfman auditorium is full of people who have yearned to see themselves on stage for years. The spirit of the Windrush generation, omnipresent in both the writing and directing, hangs in the air reminding us of the hardship of the choices the first generation had to make, and the complexity of life that the second generation always endures.

Roy Alexander Weise lifts Gordon’s words off the page with his attention to detail but does so without killing the spontaneity of the plays spirit. There is something extremely freeing and refreshing about Weise’s direction; it allows actors to make discoveries rather than choices which results in the work constantly breathing and developing - “Different every night” to quote the legendary director Mike Alfreds.

The cast of NINE NIGHT is absolutely flawless. Franc Ashman as the strong willed and constantly challenged by her family’s demands Lorraine, brings much presence and charisma to her performance. Cecilia Noble is absolutely phenomenal as Aunt Maggie whose spirit never really left Jamaica yet she can’t miss an episode of Eastenders. Noble makes a great contrast to the chilled and slightly withdrawn Ricky Fearons’ Uncle Vince whose dancing routine got well deserved recognition amongst the audience.

Natasha Gordon creates a really interesting relationship between Robert (Gloria’s son) played by Oliver Alvin-Wilson and his wife Sophie (Hattie Ladbury).  There is something unsettling about this couple’s past and we wait to learn more but that more never comes. Long pauses and awkward smiles are the only clues we get. 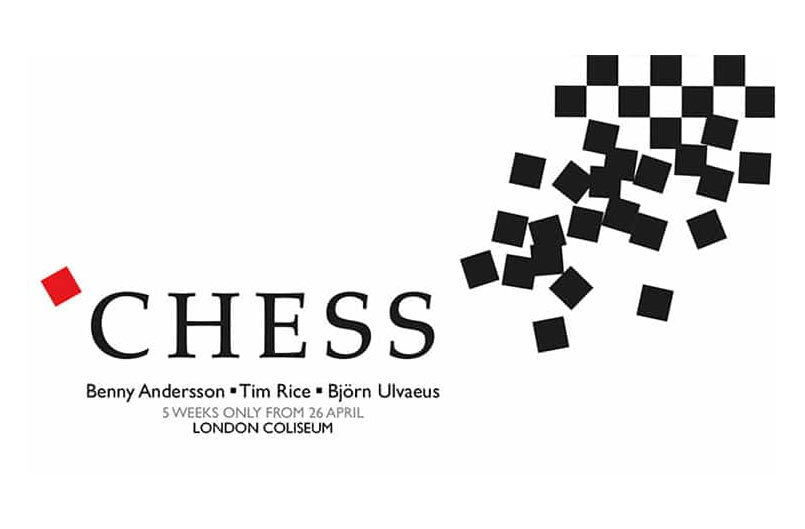 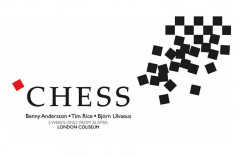 CHESS represents a quite extraordinary and singular accomplishment in musical theatre: essentially, the original is almost universally loved by anyone who has anything whatsoever to do with... musical theatre.