Review: PHANTOM OF THE OPERA at Her Majesty’s Theatre 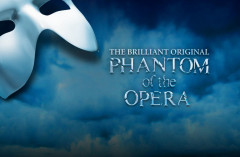 PHANTOM OF THE OPERA has been an integral part of the West End for over a generation. For years, it was a sold-out success and alongside other Andrew Lloyd Webber shows such as CATS, STARLIGHT EXPRESS and EVITA spread British musical theatre around the planet. So revisiting such a show after a quarter of a century brought with it some trepidation and nostalgia. However within 5 minutes of the show’s beginning I had forgotten I was there to review and was swept up in its visual and musical splendour.

Everything about this production is opulent. Outside of concert halls and real Opera Houses, today, it is so rare for a show to have such a large and lush orchestra. The music is all enveloping and makes you realize just how magnificent Lloyd-Webber was in his prime. The music flows effortlessly from pastiche 19th Century opera to soaring emotional ballads to show stopping company numbers like ‘Masquerade’.

Maria Björnson design enhances this oral feast with a magic box of guilding, colour, illusion and sparkle. The show whisks you effortlessly from rooftop to catacomb, from backstage at the Paris Opera to the depths of the Phantom’s lair via clever use of clothes, candelabra rising through the floor, oodles of dry ice and giant sets appearing from nowhere.

Throw in a story of impossible love, innocence and all the backstage drama that you expect in a diva-led Opera House and you have a surfeit of delights to gorge on. The performances sit well in the melodramatic world of operetta and there is plenty to make you smile. The only disappointment is when you want to be emotionally involved in the troubles of a disfigured man desperate to be loved by the young star and her battle to find her own path in life, then you crave for the piece to take a more touching and truthful direction. You want your heart to break but at times the actors feel somehow constrained by the legacy and choreography of the piece.

However, this production takes you back to the glorious and classic era of musical theatre. A wonderful theatrical experience for all types of audiences. Tourists will love it and to the rest of us, it is well worth a revisit. Long may the Phantom reign in the West End.

The Phantom Of The Opera 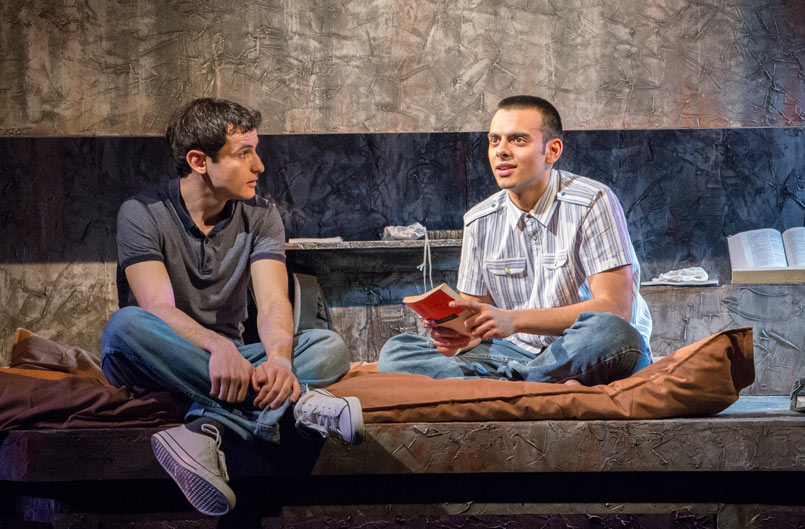 Review: HARAM IRAN at Above the Stag 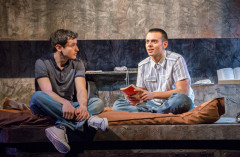 Under a railway arch, down a back alley way near Vauxhall station is Britain's only venue dedicated to theatre on gay, lesbian and transgendered themes. Largely ignored by the mainstream press and unfunded it none the less is a powerhouse of exciting theatre. Their current production HARAM IRAN is a blistering example of the venue at its best.