Review: AMADEUS at the National Theatre 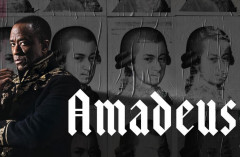 Some acclaimed plays don’t stand the test of time but whenever I see a production of Peter Shaffer’s play AMADEUS it becomes harder and harder to dispute its masterpiece status.

The story begins with the old, crazy, suicidal and largely forgotten composer Salieri crying out to confess the murder of his one time rival, Mozart.

No one is listening so he summons us, ghosts of the future, to be his confessor. The extraordinary story he relays is a dark tale of ambition thwarted, merciless cruelty and he taunts us with our own capacity for mediocrity and jealousy.

The talent of the extraordinary and socially obnoxious Mozart immediately eclipses that of powerful court composer Salieri. Haunted by his inadequacy the older man sets about cutting the younger genius off from support and funds until he is so week mentally and physically that one last terrible trick pushes him to an early death.

To Salieri’s eternal torment his campaign of destruction also leads to Mozart composing some of the most extraordinary music ever written which will be played and celebrated long after his tormentor fades into obscurity.

The play premiered in a celebrated production by veteran director Sir Peter Hall. I just about remember seeing it as a teenager when it toured. It was an elegant, shimmering box of light, mirrors and shadows. This new production by director Michael Longhurst and designed by Chloe Lamford, on a set that combines period opulence with the functional back walls of the stage and scaffolding, is purposefully a lot rougher around the edges.

There are still sumptuous period costumes but embellished with contemporary touches like Doc Martin boots, Krispy Kreme Doughnuts, woolly sweaters etc so that we’re continually jolted into remembering that gnawing jealousy is not simply the stuff of the distant past but always with us.

In the original production the anti-hero was assisted by the whispers and gossip of his spies. In this production the spies and witnesses are a modern orchestra. How future generations will view events is defined by the music of their repertoire and it is the orchestra and concert goers of the future who will decide whose music will stand the test of time. The main platform which dominates the stage and slides back and forth resembles the rostra on which modern orchestras play.

The celebrated film of AMADEUS turned a lot of people on to classical music. There’s a wonderful scene in which Salieri describes the components of an early Mozart piece, incredulous that a bass line which sounds like a rusty squeeze box partnered with a soaring clarinet melody should sound so sublime. It does and through exploring why Salieri also helps us to appreciate the brilliance of Mozart’s extraordinary, revolutionary sound.

There’s plenty of glorious music to be enjoyed throughout this production, performed by the cast with the Southbank Sinfonia, including brave moments when it’s artfully distorted and contemporised by Musical Director and Composer Simon Slater. This shocked me at first but I soon began to enjoy the daring, which also added to the universality of the story.

The play contains two wonderful roles for actors, the cunning, haunted Salieri and the shrieking, vulgar, man-child Mozart, spoilt and indulged since infancy. This production is blessed with two extraordinary actors who bring their own take on the characters undeterred by the illustrious actors who’ve played the pair before.

For me Adam Gillen’s Mozart went a little too far in his manic ticks and shrieks suggesting perhaps Tourettes Syndrome rather than over-privilege and Lucian Msamati’s Salieri remains a gruff, growling bear throughout without any of the flashes of wit and malevolence which have characterised previous actor’s interpretations.

But taken as a whole this is a striking audacious and fearless rebooting of a wonderful play that will lodge itself in your memory. Well worth seeing. 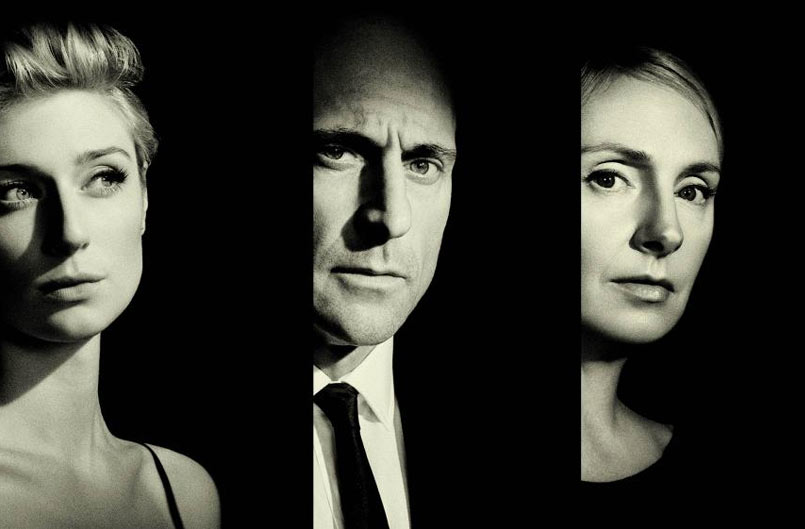 Review THE RED BARN at The National Theatre 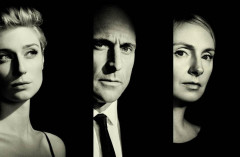 The National Theatre’s repertoire is a mixed bag at the moment.

Having, in recent weeks, endured the abysmal A PACIFIST’S GUIDE TO THE WAR ON CANCER and enjoyed a striking, memorable and audacious revival of AMADEUS, the current show in the venue’s conventional, proscenium arch space, the Lyttleton, is a bit of a puzzlement.