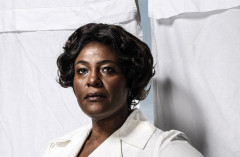 Directed by Michael Longhurst, Tony Kushner’s musical collaboration with Jeanine Tesori is set in 1963 during a time of momentous social upheaval and follows the daily basement grind of a hired maid who spends her life in the service of a Jewish family in Louisiana.

From an audience perspective, Caroline’s humdrum drudgery is anything but, constantly interrupted as it is by the interventions of not only Noah the young son of the household, but also the humanised manifestations of the washing machine (Me’sha Bryan), the radio (T'shan Williams, Sharon Rose and Carole Stennentt), the drying machine (Ako Mitchell) and even the moon (Angela Caesar) - each of whom play an integral part in proceedings and add considerably to the musical numbers. This is perhaps the moment to give a well-deserved nod to the inventive set and costume designs of Fly Davis.

Noah’s step-mother Rose, who is frustrated that he repeatedly leaves change in his pockets (which the maid has to remove before washing), has embarked on a mission to educate him in valuing money by insisting Caroline keeps any coins she finds in future. Predictably, this leads to a difficult situation and the ultimatum of the title.

Rose Stopnick Gellman (as played by Lauren Ward), is a wispy confection of contradictory self-doubt and forthright conviction. Her phraseology has much to commend it - not least a considerable nod to Stephen Sondheim - and she amiably holds certain scenes together, particularly one detailing a Hanukkah dinner party for her father visiting from New York.

Meanwhile, Noah’s clarinet-playing father Stuart Gellman, (beautifully voiced by Alastair Brookshaw) struggles with both his fatherly and husbandly duties whilst coming to terms with the loss of his first wife. In other moments, the eldest of Caroline’s children, daughter Emmie (played by Abiona Omonua) demonstrates a beautiful voice and willful enthusiasm for civil rights activism decidedly at odds with her mother’s respectful subjugation to ‘white folks’.

For all the considerable skills and talent on display amongst the supporting cast however, it is Clarke’s show and she demonstrates an intense, earthy connection to the material, not least in the impassioned “Lot’s Wife” towards the end of the show which drew audible gulps from audience members.

Caroline, or Change transfers to the Playhouse Theatre for a limited run from 20 November – 9 February 2019. 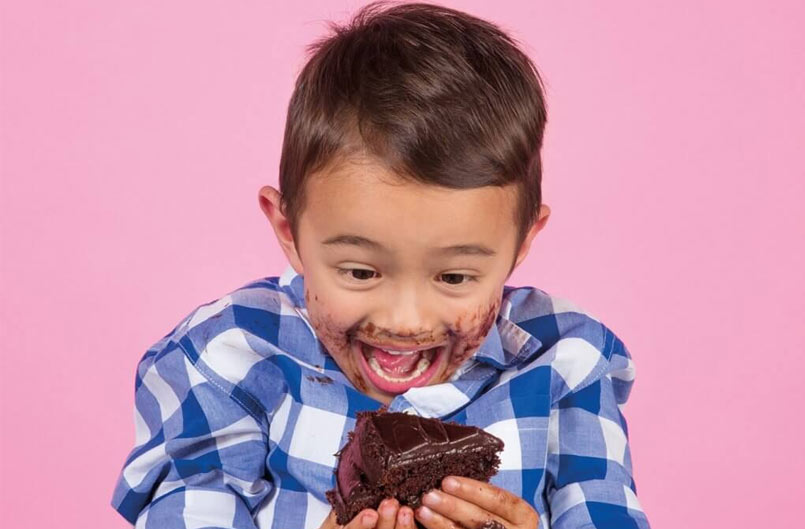 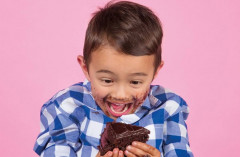 This musical adaptation of Michael Rosen’s poem ‘Chocolate Cake’ is perfect for little theatre goers who love silliness but hate tomatoes. Using lots of Rosen’s original text but adding some plot points and catchy musical numbers, Peter Glanville and Barb Jungr take the audience through a day in the life of Michael.