Review: CHILDREN OF EDEN at the Union Theatre 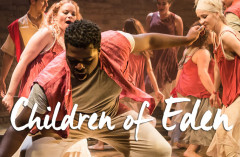 If you love the soaring melodies of WICKED you’ll really enjoy CHILDREN OF EDEN at the Union Theatre, by the same composer and lyricist, Stephen Schwartz.

For me it was a rare opportunity to re-discover some of the most popular audition songs I hear as a director in their original dramatic context. I say rare because there hasn’t been a professional production in the UK since the premiere bombed in the West End 25 years ago.

The other blow the musical suffered was a faulty CD release which made it impossible to play. Despite this the show has always been incredibly popular with amateur and student groups and performers who love the pop score.

One of the reasons it’s so often produced by school and church groups is it takes an uncritical look at early Old Testament stories. Shwartz had previously found success with GODSPELL a musical in which he retold the life of Christ as a piece of hippy clowning. Although this show was overshadowed at the time by JESUS CHRIST SUPERSTAR it’s established itself as a favourite with those looking for a less edgy staging of the New Testament. It’s packed with jaunty tunes in different styles and CHILDREN OF EDEN also borrows from jazz and gospel rhythms to keep things light and upbeat.

The show begins with God creating Adam and Eve and playing with them in the paradise of Eden. Betrayed when Eve steals an apple against his wishes be banishes his children establishing the betrayal of fathers as a theme. The world’s first couple have problem kids of their own when Cain and Abel are born and the breakaway tribe must rescue the animals of the world aboard Noah’s Ark before God forgives earlier transgressions.

The light and summery 25th anniversary production is tightly and imaginatively directed by Christian Durham and features a good looking cast swathed in floaty muslin costumes designed by Kingsley Hall that wouldn’t look out of place on the beaches of Ibiza. In act one the earth colours match the sandy looking open stage and in act two as the paradise of Eden and God’s unqualified love fade from memory the costumes are slashed through with red.

Most of the cast double roles and all are intrinsic to the group story telling conjured through simple and often very beautiful puppetry, physical theatre and in Lucie Pankhurst’s infectiously fun choreography.

Canadian newcomer Natasha O’brien makes a strong impression as Eve and Mrs Noah with commanding vocals and Joey Dexter as God and Stephen Barry as Adam and Noah both grow impressively from care free pretty boys to troubled older men during the course of the story. Nikita Johal, who I’ve directed in a couple of musicals, brings her usual sensitivity, intelligence and powerful singing voice to the role of Yonah, who must find favour with the descendants of Adam.

On a stifling summer evening the production felt like a light and refreshing breath of fresh air. 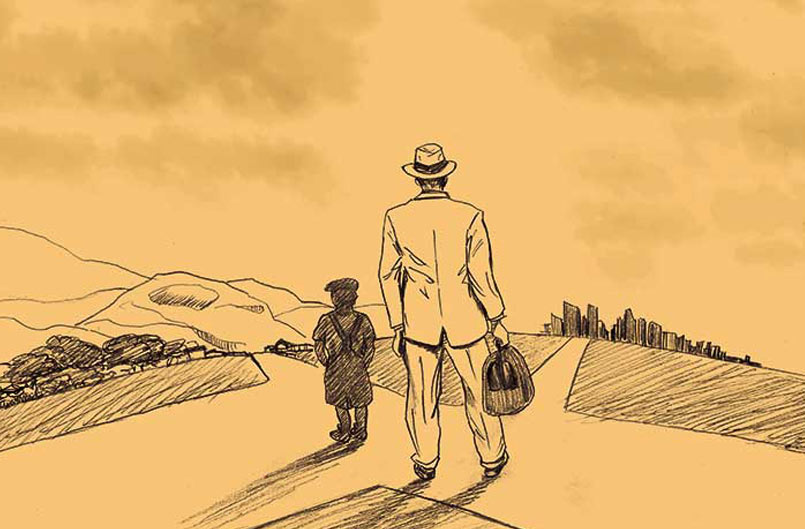 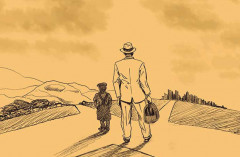 After the song writing team of Rodgers and Hammerstein had massive block buster hits with OKLAHOMA and CAROUSEL and before they went on to write the equally successful THE KING AND I, SOUTH PACIFIC and THE SOUND OF MUSIC there were also a couple of flops. Director Thom Southerland has given London audiences a chance to re-evaluate this lesser know repertoire in recent years with very persuasive revivals of ME AND JULIET and a stage version of a later TV show which the pair wrote, STATE FAIR. Now he turns his attention to ALLEGRO, perhaps the least easy to love of the repertoire.