Review: EVERYBODY’S TALKING ABOUT JAMIE at the Apollo Theatre 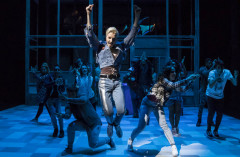 London needs something to celebrate as this particular winter of political uncertainty grinds onwards - this musical is the perfect way to lift the gloom with a reminder of decent British humanity that celebrates the individual spirit.

In a role which seems destined to make him a star, John McCrea plays the camp, exuberant Jamie, stuck in a grey Sheffield adolescence that offers few possibilities for the future beyond a job in manual labour - his career evaluation concludes that he should aspire to drive a fork lift truck.

But Jamie isn’t your ordinary school leaver - he’s openly gay, perfectly capable of facing up to the school bully and eventually shows that he’s not going to be bogged down by a miserable home life, a boorish absentee father and a system ill-equipped to deal with his individuality.

Jamie has his heart set on becoming a drag performer, and the first step is to attend his school prom in a dress. Supported by his emotional powerhouse of a mum, Margaret (Josie Walker) and sassy best friend, Pritti (Lucie Shorthouse), who has her own battles to face in her Muslim family life, he embarks on his mission, assisted by a retired drag mentor. Does he succeed? Well, you’ll have to go and find out, but you’re guaranteed to leave the theatre walking on air, humming one of the great songs and looking forward to downloading the rest in the future.

The show is the result of director Jonathan Butterell spotting that a little noticed BBC 3 documentary about the real life Jamie and his mum would make a great basis for a contemporary musical reflecting the concerns and identity politics of our time. Gender fluidity is a hot topic at the moment and the story, with a few fictional additions, dramatises the small personal triumphs within this wider issue.

Dan Gillespie Sells, front man for pop group The Feeling, was brought in to write the music; TV writer Tom MacRae provides a suitably gritty and witty script and lyrics reminiscent of soap Coronation Street at its best; and designer Anna Fleischle contributes a set that captures the grimness of working class Sheffield life, but which whirls and morphs into various locations with the liquidity and speed of the teenage mind.

Kate Prince provides bang up- to-date choreography to ensure that the rebellious high spirits of the protagonists are reflected in the shapes, pulse and aggression of dance today. But none of this would be making the impact it has without the faith of producer Nica Burns, who spotted its potential when it premiered at the Crucible Theatre in Sheffield and brought it to London.

The show seems to harness attributes of several hit musicals of recent years - the Cinderella realisation of a dream that you find in Billy Elliot; the sass of Kinky Boots and Priscilla Queen of the Desert; and the intensity of the mother son relationship we last saw in the 1980s mega hit Blood Brothers. Gillespie Sells’s tunes easily match anything in the first two and even rival the soaring anthems of the third, with particular stand out moments sung by Walker as a mother struggling to give her son what he needs for his future whilst being damaged by her past.

Once the dust settles on the euphoria of the opening reviews, it is the show’s score that will be the most lasting achievement. We’ve had a few near misses with recent West End musicals like Mrs Henderson Presents, Bend it like Beckham, The Go Between and Made in Dagenham, but this musical’s roster of songs is bang on target, with a handful of numbers that will become musical theatre standards for years to come.

It’s thrilling to think how much joy this musical could bring to London and maybe even Broadway and especially how many other teenagers it can inspire but can it last? It’s up to you. It’s going to be a struggle for it to hold it’s own amongst more established musical theatre brands and it remains to be seen if occasional theatre goers will choose it over a trip to a Disney, Lloyd Webber or a Cameron Macintosh production but I sincerely hope people do and the everyone will be talking about Jamie for a long time to come. 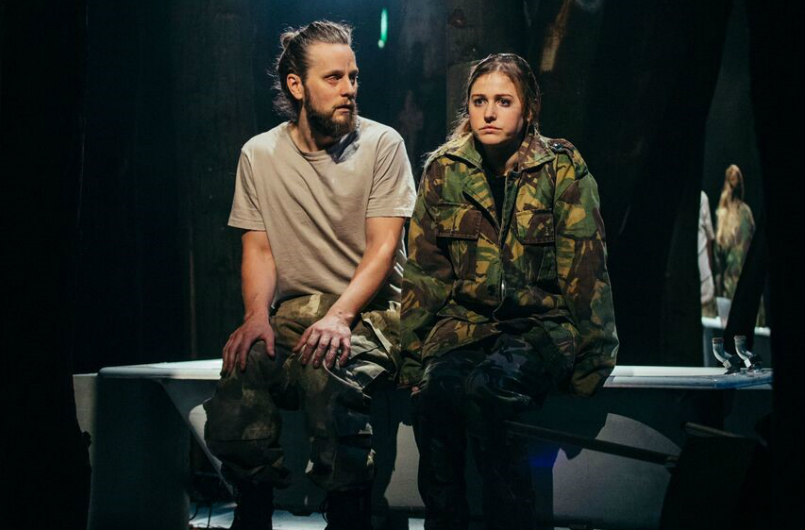 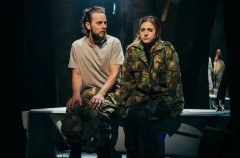 Bad Roads at the Royal Court is an unflinching examination of war’s effect on humanity, desire and relationships.

There is a sense of yearning that permeates the fog of the play; a sense of waiting, hoping, trusting…although whether we should trust in humanity’s potential for good is a question that remains unanswered by the end of the production.