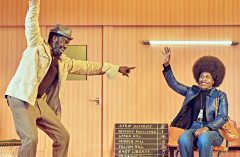 The setting epitomises the tragically hopeful brand of cobbled together, American capitalism and provides a self-contained metaphor for the chronic imbalance in opportunity faced on a daily basis by black communities everywhere.

Each play of August Wilson’s ten-part cycle (which most notably includes Fences and Ma Rainey’s Black Bottom) is set in a Pittsburgh location during a specific period — here, it’s the 1970s as evidenced by the flared trousers, Afro hair and a disco vibe masking the generally run down feel of a city wanting to reinvent and redevelop itself but not knowing how to accomplish that transition without ignoring the needs of its poorer inhabitants. Ironically, demolition alone stands as the city’s inadequate answer.

Director Tinuke Craig skilfully grapples with each nugget of human interest realised through the stream of conversations, joshing and confrontations presented in Wilson’s script, with each character given his or her moments to shine. Leading the group is Becker (Wil Johnson) whose calm and resolute management of the establishment is driven by a determination to provide a good service to honour the memory of his wife who we learn died days after hearing that her son was to be incarcerated for murder. Now, nearly 20 years on, Booster returns to society to reconnect with his father whose suppressed anger and disappointment at his boy’s actions, can finally be vented.

Moving in their fractious firmament are Turnbo (Sule Rimi) a disaffected and meddling gossip who constantly draws conclusions and peddles his theories of others’ business, providing rich material for both the lighter comic elements and more menacing interactions. His squaring-off with the well-meaning Youngblood (Solomon Israel) is delivered as a moral crusade to teach the younger man to respect the mother of his child rather than philander with her sister, but as we realise it is also driven by a more base desire to present himself to her as a potential alternative. For her part, Rena (Leanne Henlon) is committed to keeping her man on the straight and narrow and determined to challenge his choices and methods whenever he goes wrong, leading to one of the most effective and resonant (especial with female audience members) moments in the play. Shealy (Nnabiko Ejimofor) is the cool hustler running his numbers racket from the phone. Doub (Geoff Aymer) has seen enough horror in the Korean War to just want everyone to get along, whilst Fielding (Tony Marshall) presents perhaps the most tragic figure as a talented tailor who let his life slide due to the grip of alcoholism and who now drives whilst perpetually under the influence.

You almost get a feeling that Wilson was uncertain which of the character threads he wanted to pursue — there are so many potential paths dangled tantalisingly before us. And certainly he developed the work over a series of re-writes which delayed its initial theatrical opening for decades. This final revision, whilst imperfect, stands as a testament to a writer whose canon provides a fascinating insight into a section of society whose uniqueness and rich complexity has long been undervalued and under-represented. 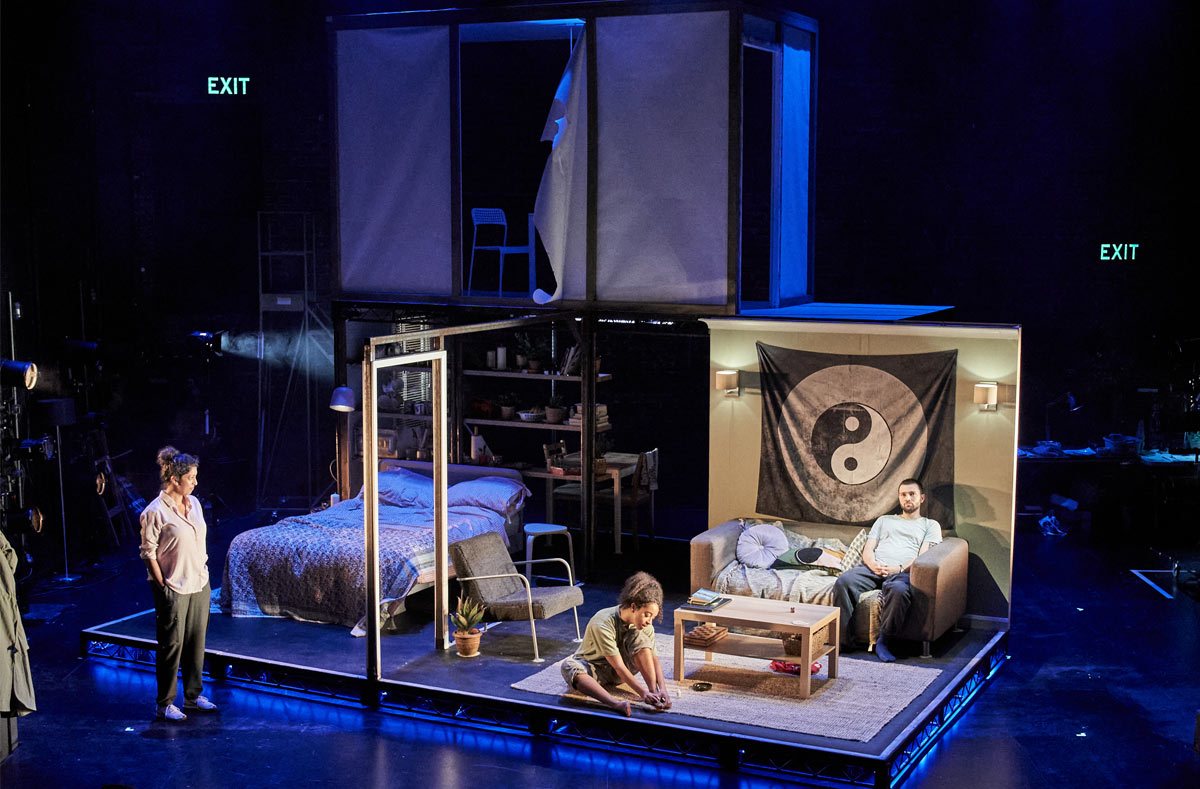