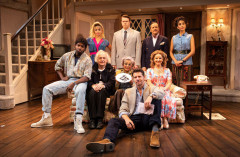 The first half is a very detailed set up for the second half's descent into a high octane and high speed caper, that is at times eye wateringly hilarious, and other times simply eye watering, as we wince with empathetic ouches at the head first descents downstairs, bloodied noses, and a shortsighted actress walking head on into a pillar.

If the first half drags a little, it is justified by the switchround that we are gifted when the curtain lifts after the interval. Our point of view is now backstage, from behind the rickety scenery. The previous attention to detail is satisfyingly vindicated as we watch again the action of the first half through the backstage activities of an increasingly frenzied cast. Doors refuse to open, personal tensions build, and a drunken actor continues to miss his cue. Part of the joy is the incredible split second timing with which the actors perform these set pieces, and part the delicious thrill of schadenfreude as every actor's worst nightmare is depicted. Humiliation after humiliation is endured, an actress repeatedly forced to speak and perform to thin air as her "beau" is elsewhere, pieces of set appear and disappear, causing a tortured frission of despair from an actor who refuses to acknowledge the visible facts, and says his line anyway.

Meera Syal switches from her "role" of dozy housekeeper to haughty, but incompetent, doyenne of the theatre with aplomb. It is a familiar trope but, as with much comedy, is effective as much for that reason as it is in spite of it.

Some of the heavily played innuendo can grate, and some of the plot can be a little hard to follow, but that aside there are some beautiful moments of pure- well, what else can one say- pure farce. I, and many others, really did laugh till we cried.

I was very glad I was wearing waterproof mascara, but if I hadn't been I wouldn't have minded the panda eyes: It really was worth it.

If you are a fan of farce, you probably have already booked to go, but if you aren't, do not be put off by farce's crusty reputation, this is simply excellent comedy. 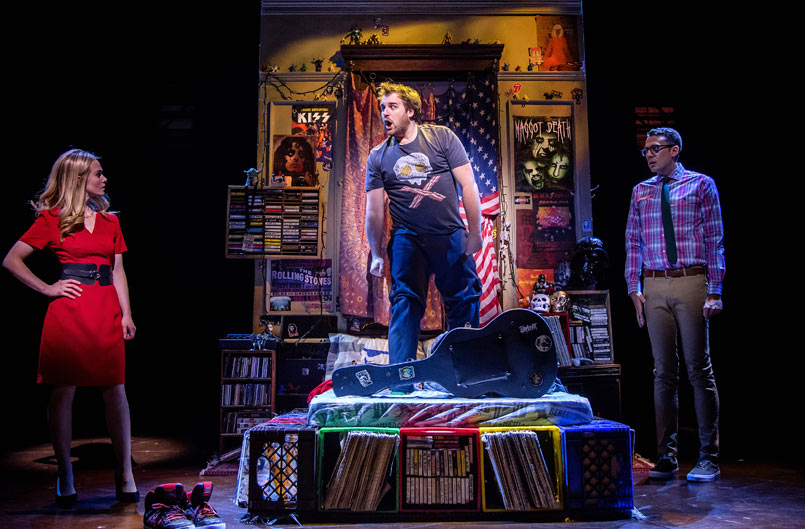 Review: School Of Rock at the Gillian Lynne Theatre 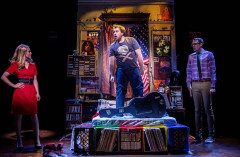 Next month, School of Rock will celebrate the third anniversary of its opening night at the Gillian Lynne Theatre. It’s a faithful and fun adaptation of the Jack Black movie, but there are some distracting flaws in its writing and production.