Review: The Poetry We Make at VAULT Festival 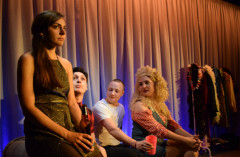 Very few people know someone called Joleene – it’s not the most popular of names. Nobody works from 9am to 5pm anymore – the working day in London is definitely at least an hour longer either side. But, despite these changes, we do all still love a bit of Dolly Parton (Mia Hall).

She’s the muse of Elliott (Elena Voce), who passionately defends her in a club to Robin (Elijah W Harris) as someone who isn’t afraid of what others think. All of the superficiality that Dolly presents is really a smokescreen - one that subverts opinion, since Parton is in fact a highly successful businesswoman and exceptional brand strategist.

The Poetry We Make isn’t just about Dolly, but it is about brand, identity and essence. After Robin and Elliott break up, Robin begins to live his life as a woman and Elliott is distraught at the thought. Robin now puts on makeup, so was their entire relationship made up? Is Jaswinder Blackwell-Pal’s female lead simply being self-centred by not considering Robin’s struggles, journey and life choices?

Yes, she is. But director Edwina Strobl cleverly navigates this by continuously challenging the act of placing blame. Because it’s ok that both characters feel confused, as realised in the strongly poignant final exchange, subtly lit by Jess Bernberg’s otherwise primary coloured design. Blackwell-Pal’s story reminds us that while the relationship is dead, Robin is not. Yet Elliott goes through the process of grief all the same – it’s the loss of her version of him/ her/ they. The heart of the matter is all in the pronoun, a tiny word that wrongly still defines identity in today’s society.

While conceptually sound and intriguing, The Poetry We Make reveals too much in its inception. The first timehop from happy couple to recent split reveals much of the narrative. We anticipate the direction in a production that aims to be about self-discovery, about coming to terms with the new and unknown. The running subtext by which perceptions from the likes of misogynistic best friend Paul (Sam Thorpe-Spinks) are challenged is a nice addition, as is Elliott’s continued obsession not to express her identity through material goods, despite her overabundance of clothes, shoes, makeup and Parton doll.

The most authentic parts in a set of clumsy performances come when the barriers are down. The first time Elliott and Robin meet is honest and real, a bar scene when the latter approaches the former despite her wish to be left alone. Strobl strips away the armour that we protect ourselves with when speaking to strangers for the first time, a conversation that allows for passion and emotion to creep through the chinks. It’s a strategy that makes Harris more relatable in his performance, compared with Thorpe-Spinks and Voce who seem all too often off balance for us to connect.

The Poetry We Make is an important piece of theatre, one that continues to add to the growing library of LGBTQIA+ work, which up until recently has been mainly plays about gay men. But it drags in places and ends abruptly – a number of unintentionally awkward moments that detract from the poignant material at hand. 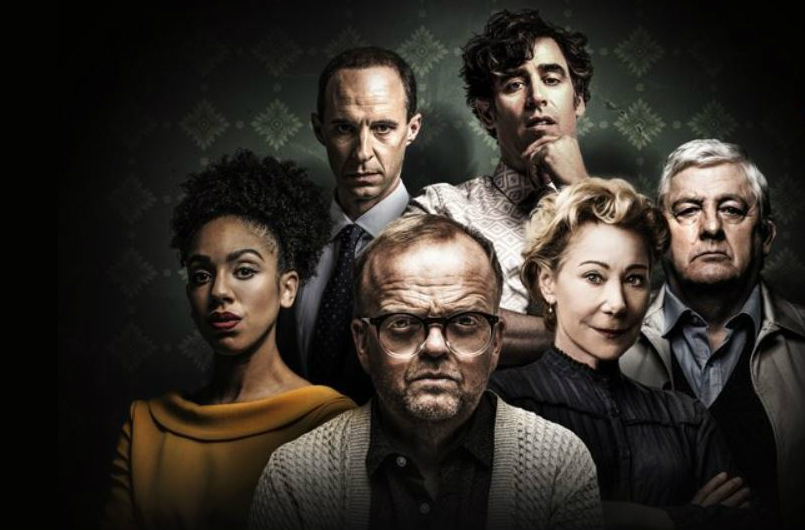 Review: THE BIRTHDAY PARTY at the Harold Pinter Theatre 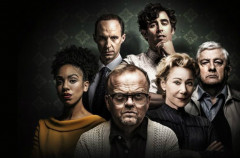 Any playwright whose first production is trashed by the critics can take comfort in the career of Harold Pinter.