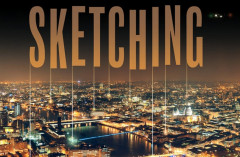 Before Charles Dickens embarked on his glorious career as a novelist, he wrote a number of short pieces for various newspapers, magazines and journals under the pseudonym of "Boz". Finally collected together just before 'The Pickwick Papers' saw the light of day, Dickens called them 'Illustrative of Every-day Life and Every-day People', mostly the Life and People of London.

Asked to create his own, up-dated version of a selection of Dickens' sketches for the stage, playwright James Graham, known for his incisive and politically astute TV and theatre work (Labour of Love, Quiz and the live, election night The Vote in 2015 on Channel 4), gathered together eight young writers from a diverse collection of communities and weaved their work around his own to create a tapestry of modern London life.

It's a tall order but it nearly comes off and is an entertaining, if exhausting, evening in the theatre. The stories range from the realistic - Graham's own beautifully written scenes from the breakdown of a relationship between a political speechwriter and his ex-girlfriend, to the Sunday night TV pastiche by Himanshu Ojha of a crime investigation that involves a Syrian refugee, a severed hand, a rookie policewoman and the infamous fatburger in the London sewers.

There's a clever, and quite moving sketch about a drag queen from Falkirk, desperate to get home from the chaos of the city and a tired swipe at conceptual art from Naomi Westerman couched in a witty story of two lesbian squatters who get caught in a posh house in Knightsbridge. Therein lies the problem, really. Some wonderful, exciting ideas, drowned in the cacophony of so many voices, all trying to make their mark.

The cast of five actors are amazing at playing so many characters- some say at least fifty but there wasn't time to take note - with only a hat, a shawl or an accent to distinguish them and it's to their credit that the evening—all the stories are intertwined—doesn't descend into chaos. Credit must be also due to the director, Thomas Hescott, whose idea this was, keeping things moving. Some beautiful video back-drop design by Daniel Denton, echoing the original Dickens illustrations, help us to keep track of where we are and with whom.

The show starts and ends with the Dickens line 'this beautiful city' (from A Tale of Two Cities), at first spoken hesitantly but finally with a flourish that feels ironic after the proceeding two hours. This is not a portrait of a happy place, or a beautiful one but, like the place itself, full of lives. 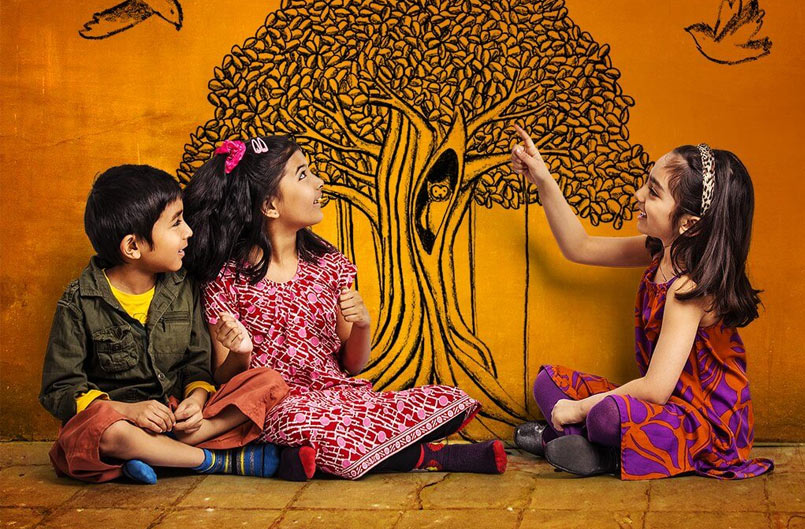 Review: THREE SAT UNDER THE BANYAN TREE at Polka Theatre 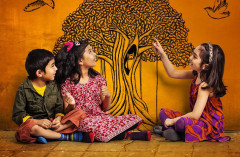 Polka Theatre has joined forces with Tara Arts to retell some traditional Indian folk tales in a vibrant, warm performance for under 7s. The three stories are interwoven with the tale of three orphans; Jasmine (Medhavi Patel), Mahendra (Raj Swamy) and Jayaben (Rose-Marie Christian) who are joined as family by their adopted father.