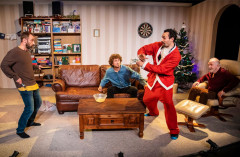 A father invites his three grown-up sons to come together at the family home, where despite being surrounded by the trappings of Christmases past, this year something is clearly not right. Following its Broadway run at the Hayes Theatre, (which boasted Armie Hammer in the cast) Korean American playwright Young Jean Lee's Straight White Men is playing a limited run at the Southwark Playhouse until 4 Dec.

Much of the play's charm lays in the physical joshing and interplay between the brothers who give full-rein to their familial familiarity, especially in the energetically choreographed set pieces between Alex Mugnaioni (last seen in the West End production of Captain Corelli's Mandolin) and Cary Crankson (taking Hammer's sensitive youngest sibling part).

When the eldest brother (Charlie Condou) who has moved back home to live with his father (Simon Rouse), breaks down for no obvious reason over Christmas dinner, the family members react in a mixture of ways and typically (of straight white males) set about advocating 'solutions' involving bolstering self-confidence, finding a therapist and even offering interview technique advice. The absence of their mother's clear-headed guidance — a woman who in their childhood had developed a socialist version of Monopoly (called Privilege, where you lost money as a white person when you passed Go) — is palpable, as they struggle to find answers.

Whilst Lee's play doesn't develop much beyond a fairly superficial analysis of straight white males' limitations in dealing with societal imbalance from a position of entitlement, there is a great deal to appreciate in her writing - especially the dialogue interplay. Disappointingly, she doesn't offer any substantial conclusions or even suggestions for the audience to consider about the wider issue of white male dominance of all spheres as they head out into the dark London night, which was the weakness for this reviewer. 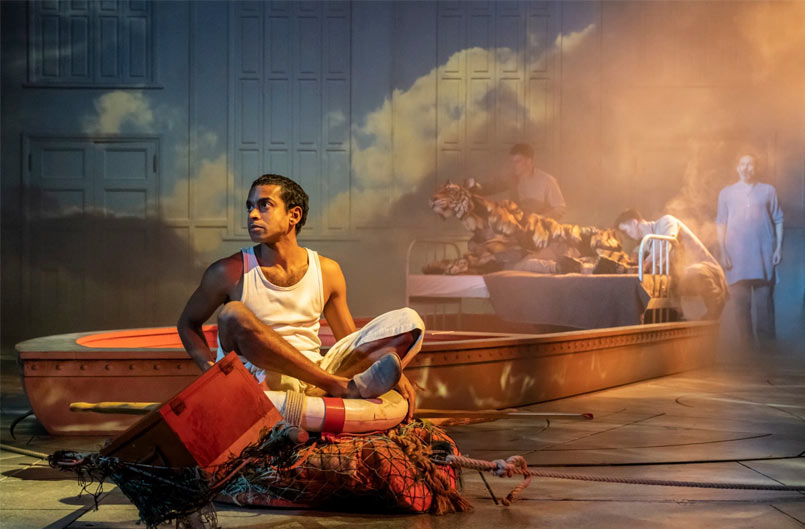