Review: THE ELDERS at Theatro Technis 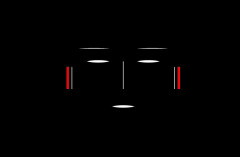 Collaborating with Siberian Lights, Newly formed London based theatre company A’dart are hoping to ‘create performances that raise questions about society's overarching rules and principles’ and with Kat Christidi’s piece of new writing/directing ‘The Elders’ they are off to a strong start.

Set in a dystopian future, where the world is split into three regions - three women are elected as representatives for their home region. We watch them in their initial ‘meeting,’ where they discuss (or attempt to discuss) their particular socio-economic issues. The twist is, each representative has a seemingly forced impairment. One is blind, one deaf, and one dumb.

Christidi's idea is truly innovative - cleverly insinuating that the blind Elder is the most able to communicate, but cannot see the world for what it really is and where it hurts. The deaf Elder is able to speak and see, but without her hearing is easily overpowered. Ultimately, the mute Elder, most able to understand the issues is robbed of her voice and therefore is powerless. The dialogue flows well, and is complimented by some bold movement work directed by Ioli Filippakopoulou.

Occasionally the writing does enter expositional territory, randomly dropping in issues such as same-sex marriage which felt forced in this futuristic environment. It may make a stronger comment if this play commits to its environment and take us completely to a dystopian realm rather than make its very abstract and interesting world resemble our own.

There is also room to explore alternative endings, the ending was slightly anticlimactic for the intensity of the piece. Despite this, the budding idea is well executed, and the direction (also by Christidi) is tenacious. Excitingly, we can see there is no fear to show the bear bones of humanity in the work.

Alia-Michelle Supron’s make up is haunting, with each Elder sprinkled with blood, bandages and stitches, which makes for a striking image. Performing through these obstacles, the actors truly hold their own. Emily-Jane McNeill ardently plays a visionless leader, one who will use manipulative tactics and pure cruelty to get others to cooperate. Sarah Hastings cleverly uses her movement and doe-eyes to communicate her intentions and emotions - she truly shines as the mute good-willed Elder.

With an Alfons Flores feel to the design, it will be exciting to see how the aesthetic of this theatre company and this play develops. 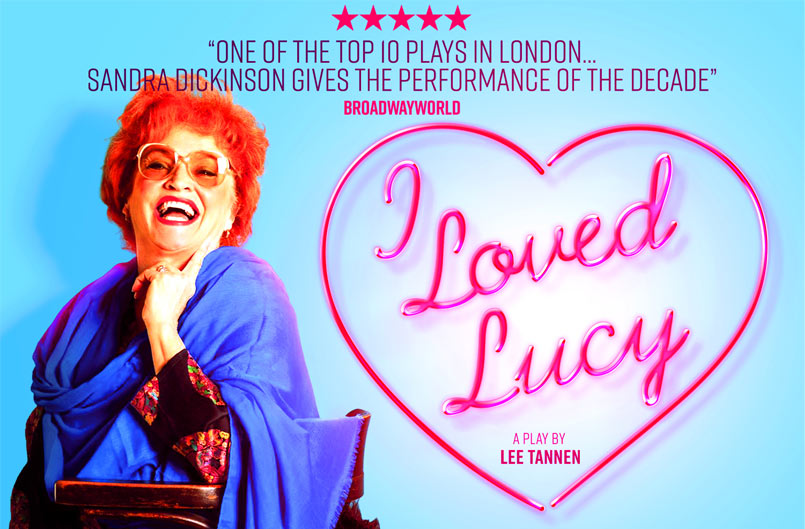 Review: I LOVED LUCY at the Arts Theatre 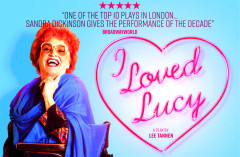 I must confess I couldn't pick vintage U.S sit-com mega-star Lucille Ball out of a line up and I don't think I've seen a moment of her work but for the generation before me reruns of her hit show were ubiquitous and her on screen persona seems to have been a wisecracking, goofy surrogate mum to much of the western world in the 1950s and 60s.