The History plays are rarely on the school syllabus which is a great shame because they are wonderful. Far from inaccessible and dry, they not only embody all of the the wit of Shakespeare’s comedies and the darkness of the tragedies, they also have action, romance and politics. What’s not to love? 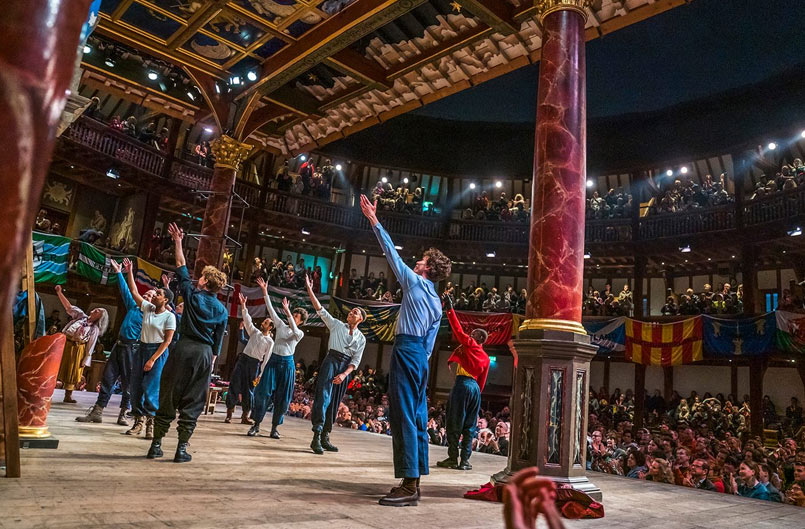 In the Globe’s Henry IV and V trilogy, the comedy is dialled up to the max and as a result the action switches between riotous romp, pulling us up with the sudden reality of war, reminding us that these were extraordinary times lived by ordinary people. A story of loyalty, love, duty and honour, the rise of the boy to man links the three plays and the exposition hidden in well delivered gags makes the story all the more clear. It is light on set design, props and unnecessary decoration and instead is rich with simple humanity and story. Bravo to Michelle Terry and directors Sarah Bedi and Federay Holmes for letting the story shine with no need for expensive gilding.

Part 1 finds the Bollingbroke family who have been assisted in winning the crown of England by the wealthy Earl of Northumberland and his mighty son Harry Percy (Hotspur). King Henry IV (Bollingbroke) is on the throne as it begins, celebrating another victory of young Hotspur whilst wishing his own son Hal, would be half as noble. But the King makes harsh demands of the Percy family who in turn form a rebellion backed by Mortimer and Glendower of Wales, Douglas of Scotland and the powerful Worcester - all rising up against their former ally never did the Henry IV need his son more.

Unfortunately for the King, Prince Hal is propping up taverns in Cheapside, hanging out with the wrong sort rather than preparing for duty. It seems that their rival, Hotspur will be successful in his rebellion and defeat the King, when at the crucial moment, Prince Hal rises to the occasion and supports his father against the rebels, killing Percy in a one on one fight on the battlefield. Harry to Harry, the young Prince has at last proven his worth, and is ready to take up his place by his father’s side.

Michelle Terry is a powerful, ferocious Hotspur and the stylised, non-contact fight choreography between her and Prince Hal was stripped back and impressive. Helen Schlesinger is a joyous Falstaff, who completely held the audience in her hands, bouncing around the stage as the most agile Falstaff I’ve ever seen. I can’t believe I’m the only one who enjoyed how much her performance resembled Jennifer Saunders’s Eddie from Ab Fab with her hair, her dippy-hippy, debauched Sloane dialect and delicious ad-libbing unashamedly echoing the likeness.

The second part is heavier, less fun, beginning with Northumberland hearing the tragic news of his son’s death. Although it continues Hal’s journey from boy to man, this time distanced from his old pal Falstaff, whose boozy and traitorous meanderings result in a final casting aside when Hal is crowned King. My only disappointment in part two was a slightly less than noble King Henry IV who never quite embodied the presence or pride of a warrior King, and the lack of emotion opening the play when Northumberland’s reaction to news of his death was glanced over without the tragedy we should have felt. Thankfully Mistress Quickly and the boys make another appearance and Jonathan Broadbent’s adorable hostess brings back the fun to Eastcheap.

The most perfectly rounded of the three plays, Henry V is all set to bring home the hero and although this production delivered the goods, there was a casualness to the movement and vocal delivery that may be have been a directorial choice. When the newly crowned young King Henry V tells the snooty French messenger “tell the Dauphin I am coming” I was all set for the hair on the back of my neck to tingle but the threat was thrown away. Perhaps this production felt that the audience would enjoy their history with a laid-back flavour? I went along with this style and although I very much enjoyed it - especially Sarah Amankwha’s sincere, beaming smile -the production might have been better served with the usual thrills that the battles of Harfleur and Agincourt usually muster. But the comedy is still there. The wonderful scene between Katherine and Alice spoken entirely in French never fails to delight, a comic gift that actors Leaphia Darko and Colin Hurley shed new sounds upon the parts of the body they are translating into English, and the audience lap it up.

The pace is slick, the company are tight, and the story is clear as a bell but at the beating heart of the three plays is Hal, who in Sarah Amankwah, embodies the transition from giddy youth to impressive leader. Tiny but with towering inner strength, charismatic and endearing, Amankwha’s Henry is one of the most likeable I’ve ever seen – exactly what he should be. Why else would every man in England practice the longbow for hours every weekend, giving up their Sunday morning football to prepare to serve their King? The audience are definitely on her team.

In this three part history, Shakespeare has us believe that prince Hal, in spite of his dodgy escapades around town with Falstaff, drinking, philandering with saucy wenches and even stealing for sport, was so beloved by the ordinary folk of English that they couldn’t wait to join him as he rose (at long last) to fight the French. “they sell the pasture now to buy the horse”. This version of British history and this production celebrate the beating heart of a nation which once had strong leaders. Sigh…

Fun fact: the law prohibiting the playing of soccer on Sundays (men were expected to use their time to build up their arm strength and longbow skills) has never been appealed, so watch out those of you who continue to break the law of the land and kick a ball around on a Sunday morning. 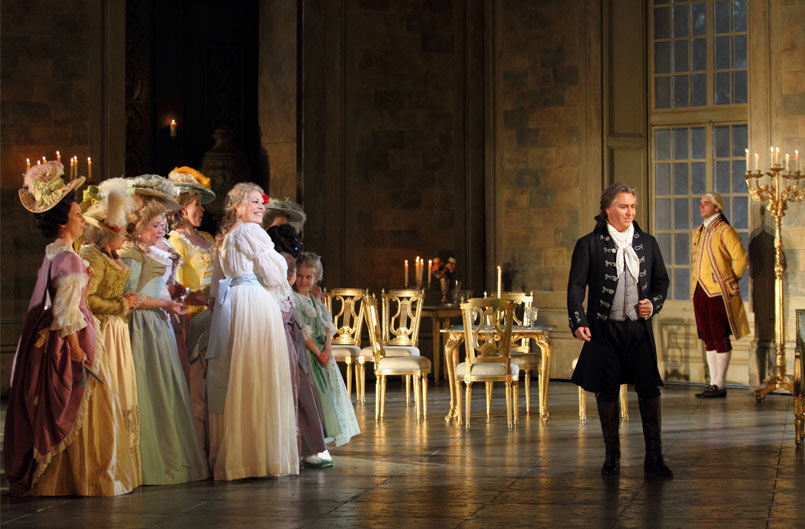 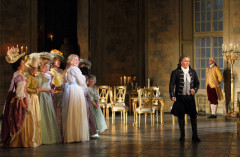 Set during France’s turbulent revolution years, Umberto Giordano’s Andrea Chénier, was first performed in 1896. David McVicar’s vibrant 2015 production for The Royal Opera House is revived this season and demonstrates why the original piece deserves its place in the modern repertoire.