Review: THE WOMAN IN BLACK at the Fortune Theatre

It is something of a mystery to me why The Woman In Black is still on the West End. I am torn between feeling glad it exists and wanting it to die its inevitable death. 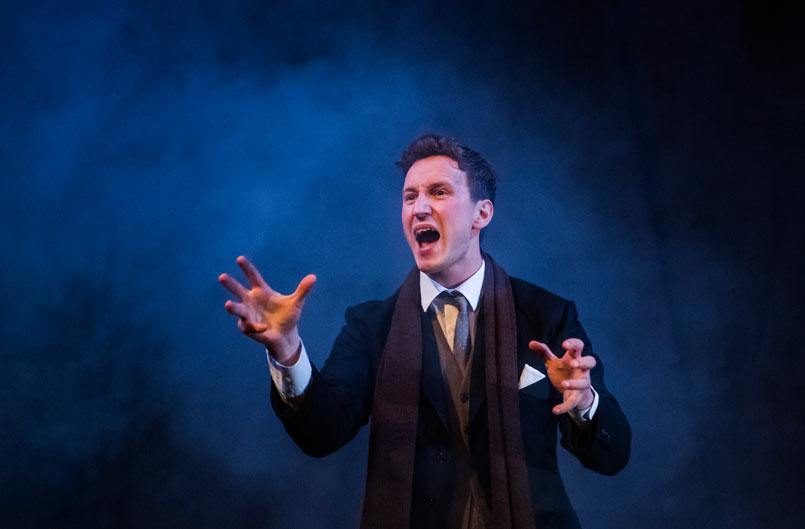 Max Hutchinson as 'The Actor' in THE WOMAN IN BLACK. Photo Tristram Kenton.

Watching it feels rather like opening a time capsule from 1990 - its style has probably changed little since then. Adapted from the Susan Hill novel, it’s a familiar plotline. Man goes to secluded place to tend to legal affairs of deceased strange old woman. Man finds ghosts. Man gets a bit haunted. Haunting narrative resolves itself. Or does it?

The specific concept of this show is what gives it life. In Stephen Mallatratt’s dramatisation 2 actors play all the parts. Mr Kipps (Terence Wilton) has brought his story to the Actor (Max Hutchinson) who is to portray Kipps’ younger self in the ghost story he feels bound to see enacted. The real Kipps, meanwhile, will play all the other parts.

Although its marketing focuses on the scariness, it’s this framing device that has given The Woman In Black its real intelligence and staying power. However, even this isn’t without its problems: it does rather stymie the chill factor to have an actor hidden in the corners narrating certain sections and pulling us away from the action.

In the final quarter or so, some of the more outright haunting sequences are still effective, though one infamous scary effect didn’t land for me, a key element is positioned behind a gauze, where not everyone in the audience gets a good view of it

To their credit, though, actors Wilton and Hutchinson execute the piece with aplomb with Wilton maintaining the balance between his character’s uncertainty and a growing confidence and Hutchinson expressing the naïvety and brashness of a young actor who’s slowly drawn into the role he is playing.

It’s clearly still a draw for younger audiences and tourists, but perhaps it is The Woman In Black itself which is a ghost in London’s theatre scene, trapped in a nether realm between here and that mysterious place where all good shows eventually go, unsure how to move forward.

More than that, it squats in the Fortune Theatre, probably the smallest theatre in London’s West End. It’s a space that could be provide a home for smaller companies and new plays in Theatreland that doesn’t come with the necessity to sell hundreds of seats a night.

I have a feeling that if this show premiered now, it wouldn’t last five minutes but one can still feel a frisson at enjoying a theatrical museum piece, stranded out of its own time, entertaining, haunting, (and occasionally scaring) us from 30 years ago.

And it’s a useful reminder of how temporally specific our own contemporary theatrical tastes are. But even museum galleries need to get rearranged every so often. 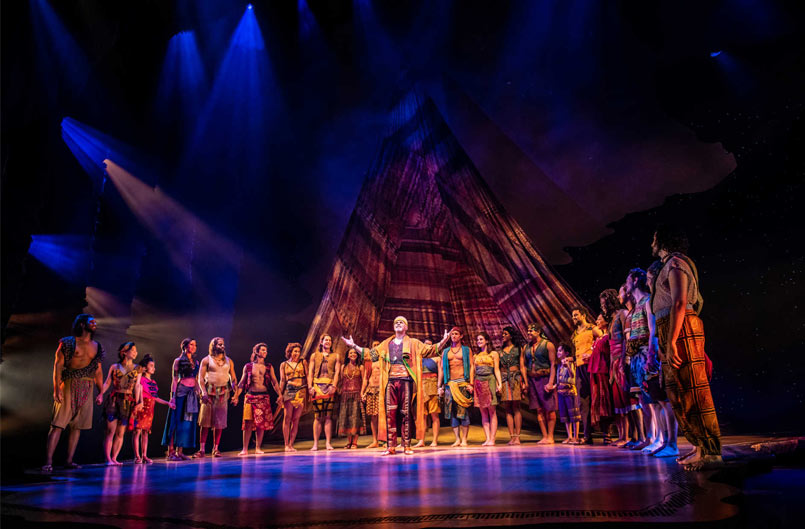 Review: THE PRINCE OF EGYPT at the Dominion Theatre 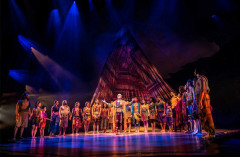 The vast stage of the Dominion Theatre is a tough nut to crack and a number of sprawling musicals have spluttered to life for short runs there recently. Next up is THE PRINCE OF EGYPT based on an animated film from DreamWorks which I confess I’ve never seen. It’s what Hollywood used to call a biblical epic and tells the story of Moses, he of the slave exodus from Egypt, parting of the Red Sea, the plagues, burning bush etc.